Human Rights Watch: SA must refer Syria to the ICC 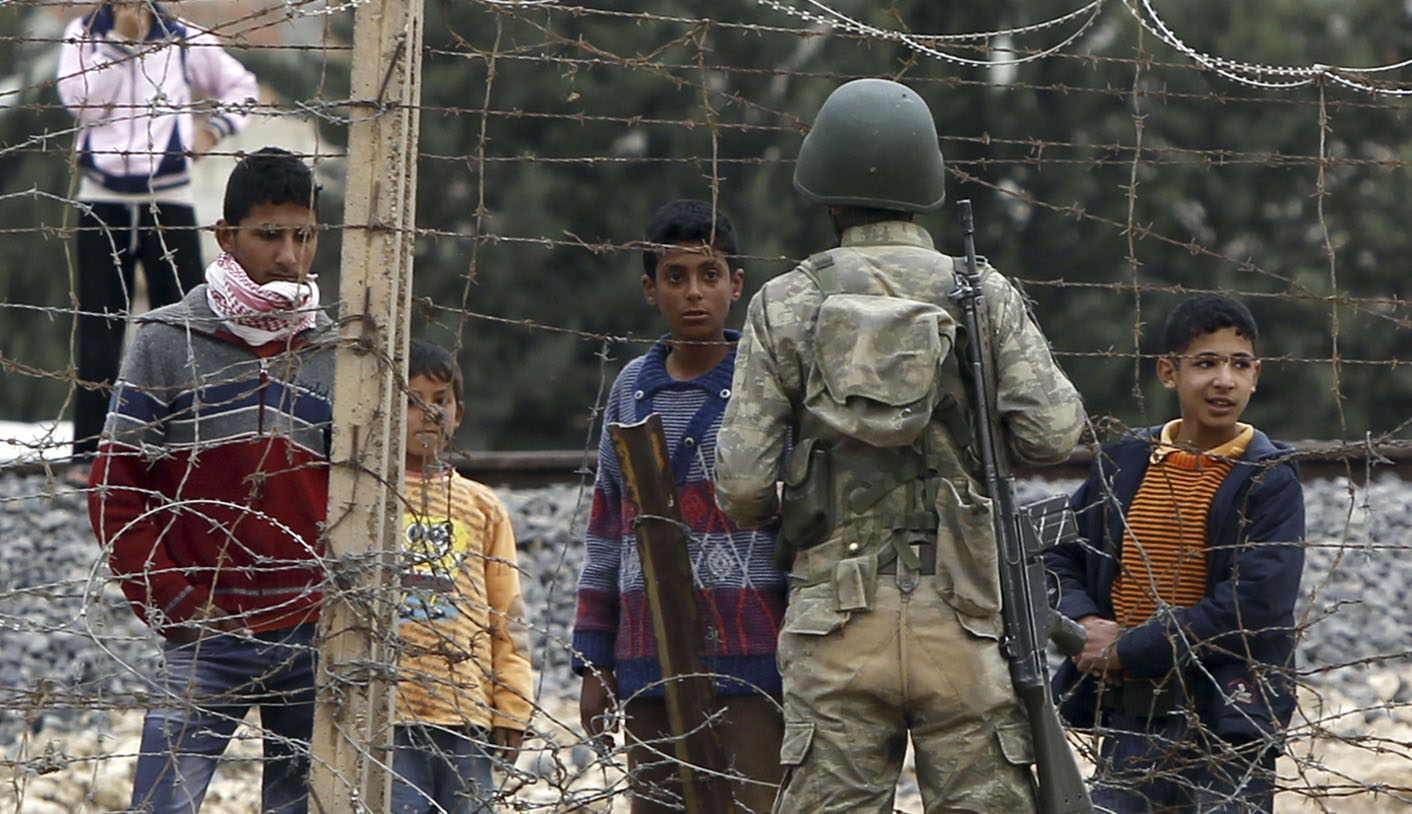 We know there are bad things going on in Syria. We know people are getting killed. We know that it’s a politically charged situation. We know that it’s a lot more complicated than we can actually appreciate from far away. As the war in Syria simmers beneath the surface of our collective consciousness, Human Rights Watch believes South Africa is not doing enough to put an end to the bloodshed. By KHADIJA PATEL.

Speaking at the 11th Assembly of States Parties to the Rome Statute on the International Criminal Court, Deputy Minister of Justice and Constitutional Development Andries Nel last Thursday reiterated South Africa’s commitment to the Rome Statute. “South Africa takes its obligation to cooperate with the Court very seriously, and to this end we have enacted domestic legislation to provide for cooperation with the ICC,” he said.

The meeting coincides with the commemoration of the 10th anniversary of the entry into force of the Rome Statute, which then established the International Criminal Court. The plan, of course, was to fend off any inclinations towards crimes against humanity. Yet a whole 10 years since the Statute was enforced, crimes against humanity are still going unpunished. The ICC has been brandished as a tool in the hands of a select few world leaders to further their own agendas in Africa.

Speaking again on Monday, Nel said, “The Rome Statute, which established the International Criminal Court ten years ago, is based on the principle of complementarity in terms of which the jurisdiction of the ICC only kicks in where a county is unwilling or unable to prosecute Rome Statute crimes such as crimes against humanity, war crimes, genocide and aggression.”

But even as South Africa joined Denmark at the forefront of promoting the concept of “positive complementarity” or proactively strengthening the criminal justice systems of states to investigate and prosecute serious crimes or concern to the international community, South Africa has not been immune to criticism in the realm of the ICC.

For one, Human Rights Watch believes South Africa has not done enough to refer Syria to the International Criminal Court.

On a visit to South Africa last week, Human Rights Watch’s Ole Solvang, a researcher with the Emergencies Programme, said South Africa’s stance on Syria was regrettable. “Why is South Africa not more active [on Syria]? Because South Africa so far has been sitting on the fence quite a lot – abstaining from United Nations Security Council votes,” he posed.

“I think South Africa has a responsibility to speak up more loudly about what’s going on [in Syria], the violations… And by all means speak about both sides, especially now when there are violations being documented on both sides. But you can’t stay silent any longer.

“And one issue that we now feel should not be controversial is that the Security Council should refer Syria to the ICC,” he added.

Solvang believes reservations of such a move being biased are unfounded, as the ICC would be required to investigate both the opposition and the government.

He further feels the reluctance of some countries – among them, the beloved country –  for fear of endangering political dialogue is unfounded, given the current political climate in Syria “It’s now proven that [Assad] is not interested in negotiations. He’s not interested in any kind of solution. Everything that he’s agreed to he’s violated, like the ceasefires. So that argument is also no longer relevant, if you ask me,” he explained.

He believes it’s time for the international community to use the threat of an ICC referral as a deterrent against further crimes.

Solvang is, however, pragmatic on the chances of an ICC referral actually changing anything on the ground.

Solvang said research undertaken by Human Rights Watch had uncovered human rights abuses perpetrated by the Syrian government, the shelling of civilians and aerial attacks on civilian areas. The opposition, meanwhile, is alleged to have subjected detainees to beatings and pursued a programme of extra-judicial executions.

A Swiss-initiated petition to the UN Security Council, to bring those responsible for the situation in Syria to the International Criminal Court, has so far garnered support from 30 countries.
Switzerland initiated the petition to the Security Council back in July already, but Swiss officials say they’d like the support of at least 50 countries before presenting to the Council.

“South Africa hasn’t signed that letter yet, and I think it would be very important… That could also help bring about other African countries signing it,” Solvang said.

The use of the ICC is controversial. And as concerns of a Libyanisation of the Syrian crisis grow, the example of the ICC referral for slain Libyan leader last year is another argument against similar treatment for Syria. It was argued by critics in the Libyan case that referral to the court achieved little because it closed off options for Gaddafi at a time when the international community might have hoped he would step down and retire in Libya or go into voluntary exile – explaining why Gaddafi never made it to our shores despite the rumours. Under international law, countries which have signed the ICC statute are obliged to hand over suspects, negating any room for wheeling and dealing.

Back at The Hague, however, deputy minister Nel said South Africa viewed reform of the UN Security Council as a fundamental step to correcting the relationship between Court and the Security Council.

Photo: A Turkish soldier speaks with Syrian refuge boys who are trying to cross the border fence from the northern Syrian town of Ras al-Ain into Turkey after gunfire were heard in Ras al-Ain, as seen from the Turkish border town of Ceylanpinar, Sanliurfa province, November 19, 2012. Syrian rebels fighting to oust President Bashar al-Assad clashed with armed Kurds near the Turkish border on Monday, the latest sign of an emerging power struggle in Syria’s ethnically diverse northeast. REUTERS/Amr Abdallah Dalsh