Sweden sour: High stakes for Stenson in the SA Open 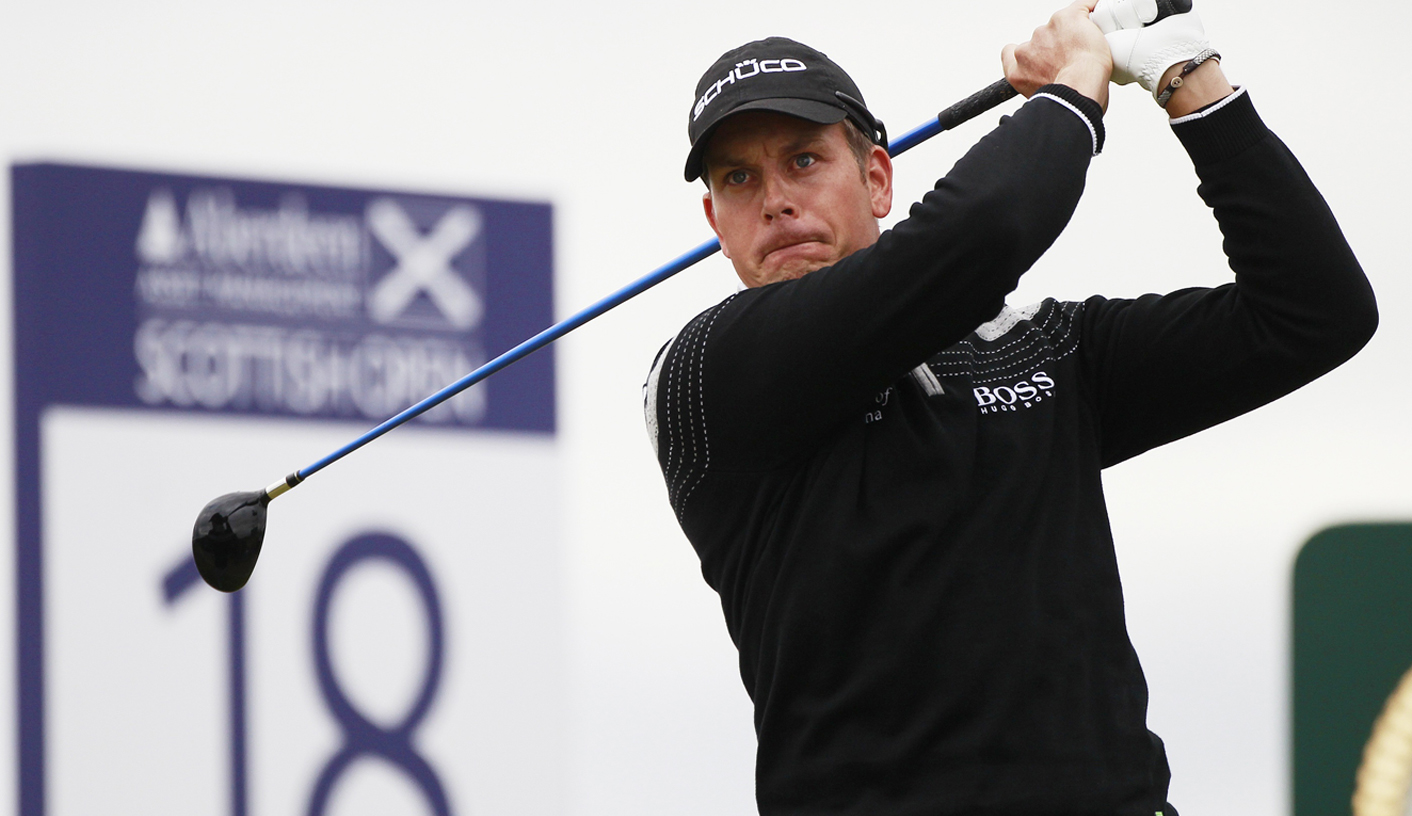 Henrik Stenson has a lot riding on this weekend’s SA Open, the Swede needing to be extremely protective of his 59th position on the Race to Dubai European Tour order of merit. That’s because only the top 60 qualify for the season-ending World Tour Championship in Dubai next weekend, which has a prize fund of $8 million. By KEN BORLAND.

So far, Stenson is doing exactly what he set out to do as he fired a seven-under-par 65 at the Serengeti Golf Estate on Friday to soar to 13-under-par overall and top spot on the leaderboard.

Fellow Swede Magnus A. Carlsson, who went out just 20 minutes later in the early-morning stillness, shot a 67 to move into second place on nine-under, while overnight leader Merrick Bremner was one-under-par through 14 holes to join him, before Serengeti showed her capricious side and thunderstorms stopped play for the day.

Stenson has his eyes firmly set on a top-three finish at the co-sanctioned event and the 7096-metre Kempton Park course certainly seems to suit his length off the tee and his precision with his irons.

“Hopefully I’ll have a good result here to secure my spot for the Race to Dubai final. It’s hard to say what I need to do to get in, but I just knew that I had to play this week if I wanted to have a chance. It’s very tight and obviously with guys playing in Hong Kong at the same time, it’s like a bit of a hornet’s nest.

“So there’s no point sitting here trying to calculate what others do. It’s better to focus on your own game and a top three here will definitely take care of that,” Stenson said.

“I think it’s a great layout and it suits my eye and my game. That’s obviously a great combination when you come to a new course.

“I’ve hit a lot of good drives and it’s nice to get the feel back with the driver and get a bit of confidence back. I’m happy with the way things are going and I’m looking forward to the weekend,” the 2008 Nedbank Golf Challenge champion added.

South Africa’s Thomas Aiken was another to shine on Friday, playing in the same three-ball as Stenson and shooting a 66 to move into contention on five-under-par overall.

Aiken was another to impress off the tee and he hit all 18 greens in regulation, but he has struggled with his putter and took 34 putts in the first round and 31 on Friday.

“I’ve been hitting the ball great and I can’t complain about the ball-striking. But I can’t buy a putt and I missed a few short ones, and if I can just get the ball rolling a bit better on the greens then anything can happen on the weekend,” Aiken said.

The best rounds were recorded in the morning at Serengeti. With thunderclouds building up by noon, she unleashed a gusting, changeable wind on the afternoon golfers and the likes of Bremner (-9), Matthew Carvell (-7), Darren Fichardt (-6), Charl Schwartzel (-6) and up-and-coming Norwegian Espen Kofstad (-5) will be glad they will get to complete their second rounds early on Saturday morning when conditions should be more placid.

Bremner is still well-placed to threaten for the title even though he is unlikely to regain the lead, trailing Stenson by four shots with just four holes to play.

Then again, the South African did birdie the last three holes of the front nine in the first round and, as Stenson showed with his spectacular eagle on Friday, the par-five eighth is reachable in two for the long-hitters, and Bremner most certainly is one of those.

Schwartzel is also in a good position heading into the weekend. He may be seven shots back, but he will resume on the 15th on Saturday morning and the closing stretch at Serengeti has proven fruitful for all the leaders.

Martin Kaymer and Branden Grace will be less pleased with their positions and both will be looking for birdies when they complete their second rounds.

Kaymer, the highest ranked player in the field, shot 70 in the first round and is two-under through 14 in the second, trailing Stenson by nine.

Grace struggled to a level-par 72 on Thursday but has improved to three-under-par through 13 holes in the second round, although he will not be amused that he bogeyed the last hole he completed before play was suspended.

The cut is currently on par and 2011 Sunshine Tour Order of Merit winner Garth Mulroy faces an anxious night as he will resume on one-over-par with five holes to play on Saturday, while Warren Abery and Dawie van der Walt resume on level-par. DM

Photo: Sweden’s Henrik Stenson plays his first shot at the 18th hole during the first round of the Scottish Open golf tournament at Castle Stuart golf course near Inverness, Scotland July 12, 2012. REUTERS/David Moir