Road to Mangaung: Who will muzzle the guardians? 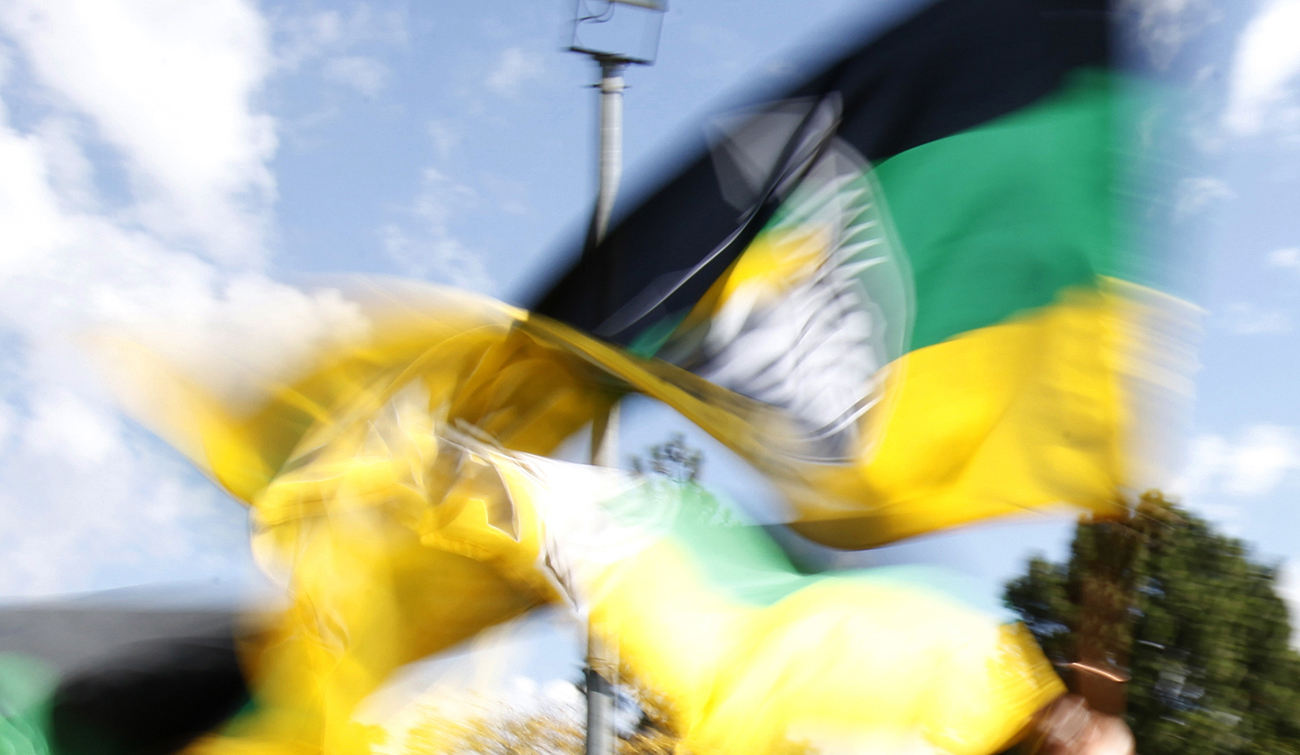 As the battle of Mangaung intensifies, the ANC Veterans’ League wants party leadership to rein in the mayhem. The league, often confused with the more radical military veterans, is speaking out on the factional battles and other matters. But the elders could soon be gagged and stripped of their voting rights, while more useful former soldiers are allowed to run riot. By RANJENI MUNUSAMY.

The ANC Veterans’ League (ANCVL) was launched only three years ago after the ANC’s Polokwane conference decided the golden generation should be able to contribute to the affairs of the party through a formal structure. Following the bruising battle between supporters of President Jacob Zuma and former President Thabo Mbeki, it was felt that the elders should also play the role of guardians who could use their institutional memory to instil and preserve the values, traditions and cultures of the organisation.

The ANCVL is open to all ANC members 60 years of age or older who have served the ANC and the movement over an unbroken period of 40 years. They have the same status at ANC conferences as the Women’s and Youth Leagues. At the inaugural conference in December 2009, the veterans elected a national leadership and also took a special resolution to make Nelson Mandela the honorary life president of the ANCVL.

“As veterans and stalwarts, we are happy to be fully integrated within the movement to play a key role as the reservoir of knowledge, institutional memory, providing counsel and wisdom to ensure that the organisational renewal programme of the organisation reaches the lowest of our structures,” the veterans said in their inaugural statement.

“Having observed that noble causes such as ours can be lost through the loss of institutional memory, the ANC Veterans League seeks to position itself as the repository of the history, culture and tradition of our struggle, to help infuse continuity and a sense of purpose with regards to our broader vision as a movement, particularly amongst the younger generations, without pretending to replace the democratic or organisational platforms or the constitutional structures, of the ANC.”

The crux of the statement was this: “Very importantly, the ANC Veterans’ League shall serve as an axis for unity, reminding those of younger generation, that despite the necessary vigour of democratic engagement, the unity of our organisation remains the backbone of our struggle going into the future.”

On Tuesday, the president of the ANCVL Sandi Sejake stepped up to flex the group’s muscle in light of the pre-Mangaung skirmishes. In an interview with The Citizen, Sejake said the ANCVL was concerned about the manipulation of branches.

“The branches are the decisive factor on who will lead the ANC after Mangaung so when they are manipulated it means the whole process is flawed,” Sejake said.

He also wanted to know why Zuma recanted a declaration early in his terms as ANC president that he would only serve one term.

“If his supporters force him to stand for a second term, those people will be making him break his word of honour. For instance, former President Nelson Mandela stood for one term and when people wanted him to stand for a second term he told them he had committed himself for one term. It is important for us in the ANC to walk our talk because people will think we are not an honest organisation,” Sejake said.

He also condemned the perpetuation of factions, saying, “The faction that wins will have its own interests and follow its agenda, not the programme of the ANC of uniting the people of SA.

“If people are following the organisation and not individuals there would not be factions. There will be no ANC if there is a situation where the will of an individual prevails above that of an organisation.”

This is not the first time Sejake has been outspoken and gone against the grain of the majority view in the ANC. During The Spear debacle earlier this year, Sejake condemned the ANC’s leaders’ overreaction to the matter. He has also condemned the ANC’s handling of discipline, particularly the heavy-handed manner it dealt with former ANC Youth League President Julius Malema.

While most structures of the ANC have been reluctant to engage publicly on the scandal surrounding excessive state spending on Zuma’s private residence at Nkandla, Sejake has now spoken out on it. In a comment likely to ruffle feathers in the ANC, Sejake said opposition parties had the right to know how taxpayers’ money is being spent.

“If taxpayers’ money is to be used to build a house of the president there must be an agreement by all parties in Parliament. This is a democratic country where things are agreed upon,” he said.

This is completely contrary to a statement by the Umkhonto we Sizwe Military Veterans Association (MKMVA), which said Sunday that opposition parties are colluding with civil society organisations and the judiciary to oust Zuma.

The MKMVA’s Papi Sizani said the motion of no confidence proposed by opposition parties was part of a bigger political ploy driven by foreign interests to get rid of Zuma. MKMVA members should stand up to defend the president because the ANC itself is under attack, he said. “We say defend him against the agents of foreign influence masquerading as concerned citizens and conjuring up fake crisis.”

It appears the MKMVA call is being taken literally. Reports emerged Wednesday that an armed gang claiming to be from MKMVA stormed an ANC branch meeting in Ekurhuleni and allegedly threatened to shoot anti-Zuma supporters. They apparently believed these members wanted to nominate Deputy President Kgalema Motlanthe for the ANC presidency and were determined to stop them from doing so.

The MKMVA has yet to distance itself from the incident, and the ANC in Gauteng said it would investigate the matter. The association has previously made a veiled threat against Motlanthe himself, warning that he should not challenge Zuma for the ANC presidency. In July, members of the MKMVA beat up ANC supporters attending a centenary event in Limpopo for singing pro-change songs ahead of a lecture by Zuma in honour of Mandela.

But while the association of retired soldiers has been allowed to behave as a private army protecting Zuma, efforts were underway to clamp down on the Veterans’ League. At the ANC policy conference in June, Zuma condemned the ANCVL for not guiding the young. He said as the “custodians” of the party, the veterans should stay clear of controversy.

“You are there to help the organisation, not to deepen what is a controversial position,” Zuma said.

One policy conference document stated: “So far, the veterans operate just like the other two leagues, thus depriving our organisation of the reservoir of wisdom we sorely need to keep our movement focused on its primary mission of serving the people. The conduct of the veterans should inspire confidence among the rank and file of the ANC.”

One of the constitutional amendments to be debated at the ANC’s Mangaung conference is to strip the ANCVL of its voting rights. The proposed amendment to the ANC constitution states that the ANCVL should be excluded from voting as this “compromises their role as they tend to join factions”.

This amendment, like much else at Mangaung would depend on the balance of pro and anti-Zuma support at the conference. It would appear that many in the ANC now feel that the elders have exceeded their mandate of “providing counsel and wisdom”. Or perhaps they were just not providing the type of wisdom they wanted to hear.

The ANC leadership is now in the rather odd position of wanting to sideline both its youth and veterans’ leagues for swimming against the tide and having independent views. Like the youth, the elders seem to be gearing to fight back, though they are also likely to lose the battle.

But the Mangaung power struggles seem to have blinded the ANC’s leaders to the fact that many of them are themselves over 60 and if they kill off or emasculate the Veterans’ League, they too will have no voice once, if ever, they retire. Short-sightedness, it would seem, is one of the biggest handicaps of the battle of Mangaung. DM