Analysis: Meanwhile, on the killing fields of KZN 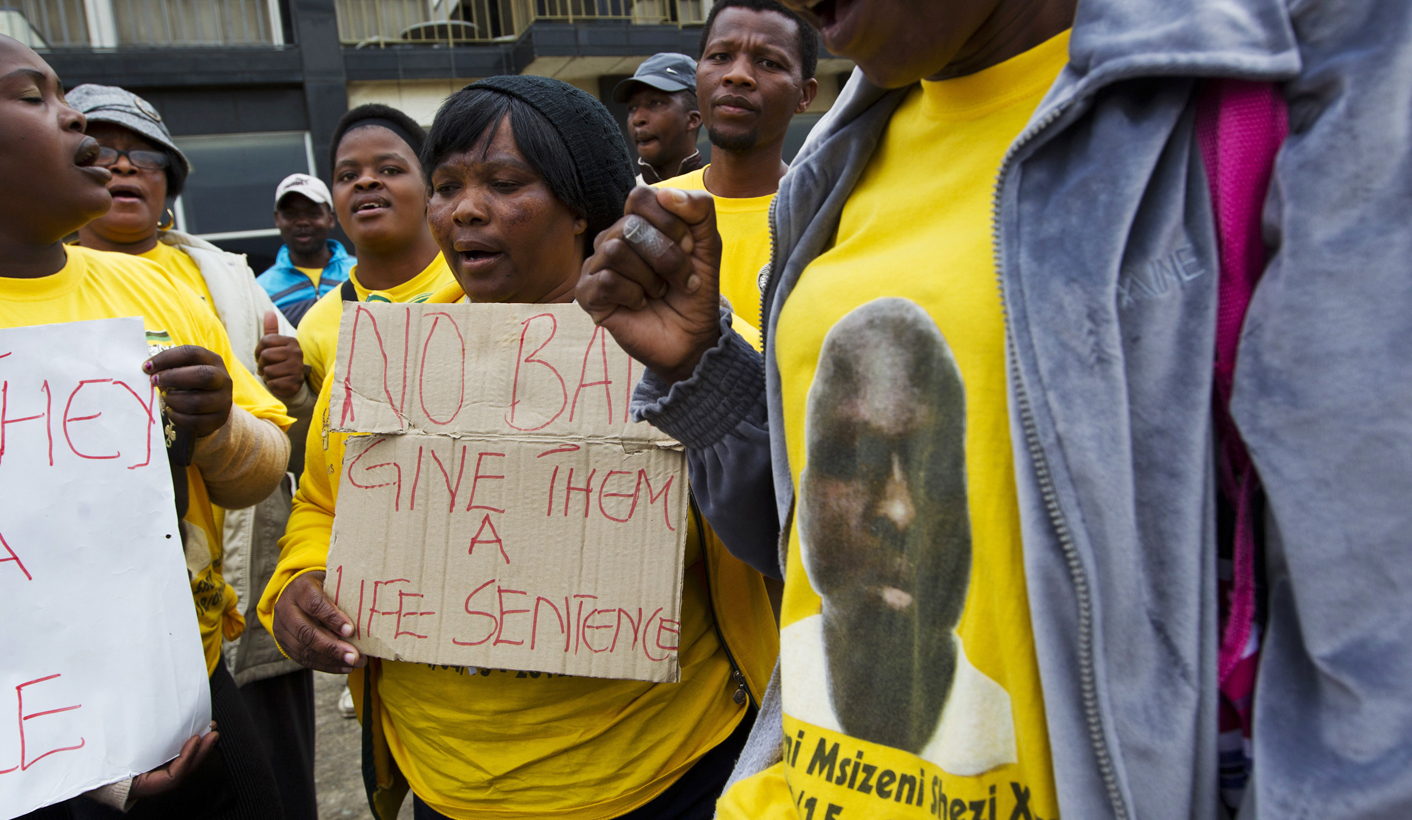 In Kwazulu-Natal, news of violence rushes at you like the unrelenting waves of a pounding sea – political murders; inter- and intra-party assaults and other vicious events exist so unnervingly close to each other in time and space that they coalesce like a single, unrelenting force. It is difficult to make sense of what’s really going on in the province, beyond the despairing realisation that brutality is being normalised. By MANDY DE WAAL.

Saturday night in Umdloti and wedged together in a garage “quick shop” queue are the blonde and the drunk. The blonde’s not quite Ballito, more south coast, even though she’s on the north coast. The Zulu’s big, way too big and he’s teetering. Closer and closer, the personal boundaries disappear. Closer and closer he’s inching, until he’s way too close.

The blonde snaps, slaps his arm, and screams. She uses the words: “don’t touch me”; and “big”; “fat”; “pig”; “fuck” in one hysterical sentence. The bearish drunk’s Zulu pride is offended. He pushes, and then sloppily gears for the retaliation-to-the-arm-slap. But he’s quickly restrained by the petrol attendant, and the woman who described this massive Zulu man as a “big fat fuck” is out the door.

Could it be that deposed police Chief Bheki Cele is right? Does violence run in South Africa’s veins?

Speaking at a public dialogue on violence in Mhlanga, organised by the Xubera Institute for Research and Development, Cele tries to reassure those who care to listen that SA is just going through more of the same. He says that the run-up to Mangaung is no different from the violent periods preceding other ANC conferences, or the post-Apartheid national elections.

“I have always said that even the problems that we have with the police are because we recruit them from a very violent society,” Cele says. “You have a society so obsessed with violence that women used to say if your man does not beat you up he no longer loves you.”

The one-time commish’ states that so many people were killed in KZN preceding the first democratic election, that he had to carefully pick and choose what funerals to go to. “For 37 weekends in 1993 I attended funerals,” he says, reassuring those present that the province is nowhere near the levels of violence it experienced in the early nineties.

Still, there are many political funerals happening in the province right now. About a month ago, IFP member Siya Dlamini was gunned down in cold blood outside the Ntuzuma Magistrate’s Court. Dlamini was attempting to enter the court building where four men held in connection with the murder of IFP supporter Cebisile Shezi were due to appear.

Dlamini was allegedly killed by the National Freedom Party (NFP) councillor for eThekwini, Mzonjani Zulu, who was also at the court, giving an interview to the media. Zulu finished the interview, coolly took out a gun from his pants, and then allegedly fired shots at Dlamini, who fell dead on the sidewalk. After killing Dlamini in front of journalists and the police, Zulu turned around and calmly walked into the court, where he was later arrested.

The 31-year-old Shezi, it appears, was shot and killed at a train station in KwaMashu while wearing an IFP T-shirt. Before that murder, an IFP councillor called Themba Xulu was kidnapped from his KwaMashu home by men posing as police. Xulu’s body was later discovered near Durban.

Writing in the Mail & Guardian, David Bruce, a senior researcher in the Criminal Justice Program at the Centre for the Study of Violence and Reconciliation, states that political killings are on the rise.

He says many of the IFP and NFP killings are linked to inter-party rivalry, and that the death of an ANC member in Nongoma in March 2009 was allegedly carried out by a member of the IFP, but states that generally killings of ANC members are seen to be “internal”.

“In September, for instance, ANC member Sifiso Khumalo was sentenced to 22 years in jail for killing two other ANC members,” Bruce writes. He points out that until recently, the provincial government had no reliable list of murdered ANC members or the dates of their deaths. He adds that a report on this to the KZN legislature contains inaccuracies and serious omissions.

Party political killings aside, clashes between rival factions at KwaMashu where Xulu was kidnapped claimed their first dead.

Explaining the upsurge in political violence to Africa Review, researcher with the SA Institute for Race Relations, Georgina Alexander, says: “What seems to be happening is that there is a struggle to get into a position of power which then will give people access to money.” In South Africa, Africa Review notes, political power is the passport to easy wealth.

Bruce says that the rise in the violence coincided with Zuma’s ascension to the presidency, while ANC provincial spokesman for KZN Senzo Mkhize tells Africa Review that “Individuals kill in order to secure… position.”

“People think if they kill those occupying certain positions (such as councillors) they will be the ones who will be the suitable candidates. Others… it’s just criminal issues, where people just decide to kill because one is a member of the ANC. The others it’s more an internal fight within the party structures,” says Mkhize.

Could Cele be right about violence being in our blood? Certainly he’s wrong about the level of brutality. The sheer onslaught of violent stories coming from KZN is rising to whiplash speed. But what’s more terrifying is that in the national discourse it is almost like wallpaper. Like the banal muzak in a lift that goes unendingly nowhere.

In The Book of Laughter and Forgetting, Milan Kundera talks about the effect that rapid-fire political events have on us:

“In times when history still moved slowly, events were few and far between and easily committed to memory. They formed a commonly accepted backdrop for thrilling scenes of adventure in private life. Nowadays, history moves at a brisk clip. A historical event, though soon forgotten, sparkles the morning after with the dew of novelty. No longer a backdrop, it is now the adventure itself, an adventure enacted before the backdrop of the commonly accepted banality of private life.”

Do we even remember Dlamini, Shezi or Xulu? Bang-bang. They’re today’s news fodder. Bang-bang. You bring me down. Tomorrow they line the bottom of a bird cage and life moves on. DM