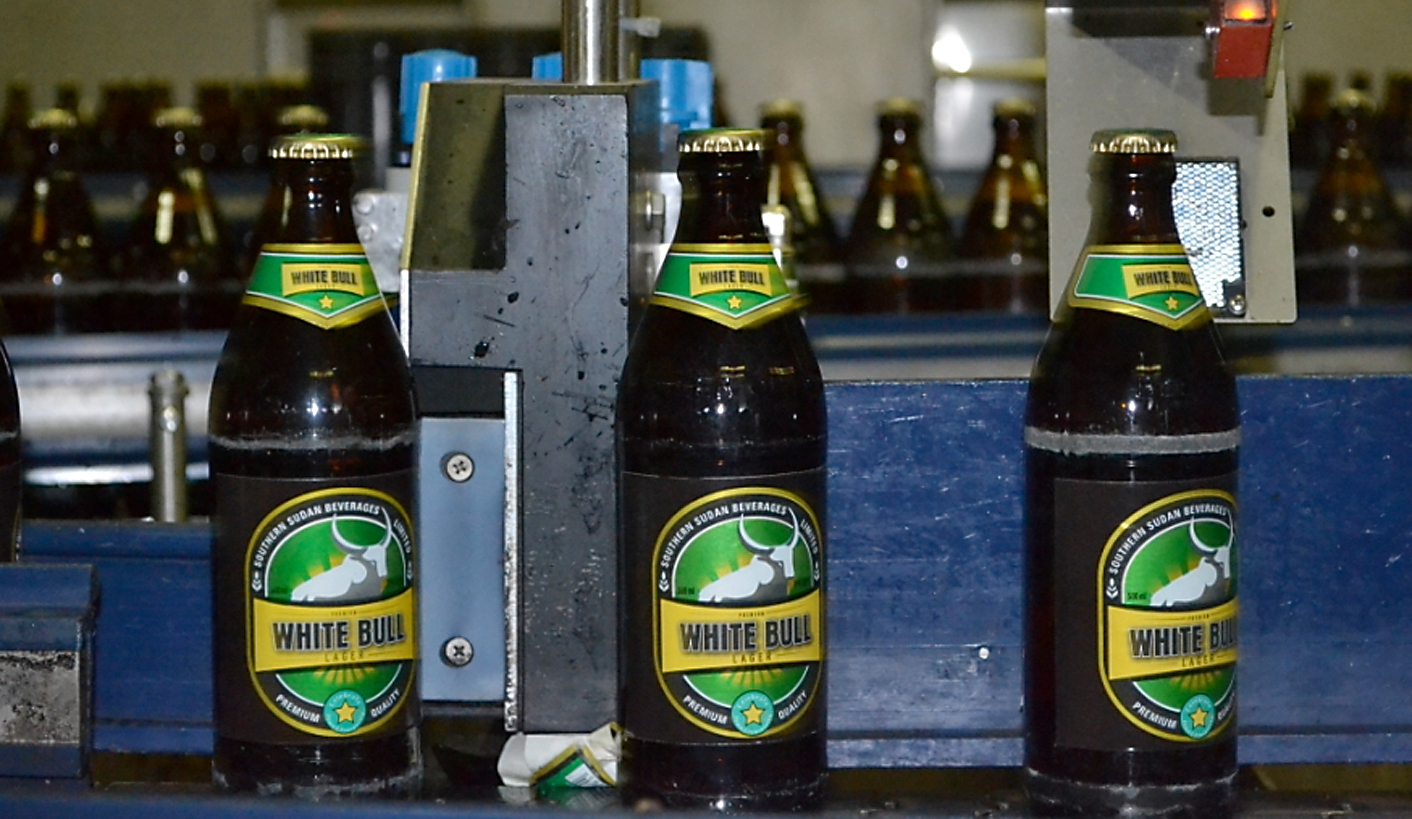 Not much is produced in South Sudan. In fact, the manufacturing sector is almost non-existent, with one important exception: beer. South Sudanese like a drink. SIMON ALLISON visited the South African-run brewery on the banks of the river Nile giving the citizens of the world’s newest country what they want.

JUBA, SOUTH SUDAN – On the outskirts of Juba proper is a brewery. “That’s too far,” said the motorcycle taxi, before charging me double to get there. He knew where it was, of course; everyone knows where the beer is made. As we drive, the new concrete roads of the city become rough dirt tracks, and the cheap single-story constructions turn into iron shacks and straw huts. And then, like some incongruous science fiction fantasy, it looms ahead of us: a giant warehouse of pipes and vats and bottling lines; a fully mechanized, fully modern beer factory in a country that makes almost nothing else of its own.

This is South Sudan, the world’s newest country, and one of Africa’s poorest. Its appetite for beer has always been strong: brands like Tusker from Kenya and Bull from Uganda have long been staples of the local bars and nightclubs. But it has never made its own beer. It’s an expensive undertaking, to start with. For another thing, the region spent much of the century in the midst of a messy civil war. On top of this, prior to secession, the explicitly Islamist Sudanese government in Khartoum was never likely to agree to a facility producing the forbidden alcohol.

This has all changed. Independence Day for South Sudan was last year, on 9 July, but even a few years before that it was running its own affairs as an autonomous region. Global beer behemoth SABMiller saw an opportunity: a new country would need a new flag, a new national anthem, a new coat of arms…and, naturally, a new beer. A local beer. A beer called White Bull, brewed with water from the river Nile and bottled in the capital. The factory was built, the staff hired, the raw materials imported (Nile water aside, although that needs some heavy-duty filtering) and the first beers were sold in 2009. Since then, millions more have left the factory, and the company has added two new brews – Nile Special and Club Pilsner – and a range of soft drinks. It’s a difficult but rewarding business.

“The cost of doing business here is high,” Managing Director Ian Alsworth-Elvey told Daily Maverick. Importing everything from labels to malt obviously adds to the expense, as does distribution in a country with almost no roads – a special fleet of all-terrain trucks was brought in to handle the tough conditions. There’s no power, either; an industrial-size generator runs all day and all night, sucking up fuel. “But, the returns are commensurate.”

Alsworth-Elvey, a South African, has had an interesting career with SABMiller, which has taken him to breweries all over Africa. South Sudan presents special challenges. “There was no regulatory framework in place in the beginning,” he said. A new country means new laws – or, all too often, no laws. “This has its pros and cons. It gives you the opportunity to shape the regulations, but it does mean that a lot of things are based on personal relationships.”

Logistics, especially, are a worry. Everything is shipped in through the Kenyan port of Mombasa, and then trucked overland from there. If Mombasa were to halt operations – and some analysts have been predicting just that as the pirate threat from Somalia moves slowly southwards – then getting the raw materials would be nearly impossible. Alsworth-Elvey describes the reliance on Mombasa as a potential “nightmare”, but one shared by businesses all over East Africa, for which the port is the major and often only connection with international transport networks.

So far, however, so good: White Bull is dominating the beer market in South Sudan, and SABMiller is planning to expand even further, introducing a few lines of spirits. Remarkably, the company is the only significant manufacturing business in the entire country; a sign of just how under-developed South Sudan really is, and how far it still has to come. “We’ve had to recruit staff out of a labour pool that has never been formally employed,” said Alsworth-Elvey. “The encouraging part is that it improves all the time.” The company is also exploring ways of improving its distribution, in particular by using the waterways of the Nile – currently ignored in favour of building expensive and hard-to-maintain roads. “Big business looks to find alternative solutions, and then we become the trend-setters. If we can deliver beer on the water systems, then food will inevitably follow.”

Yes, that’s all very nice, you might be thinking; but what’s the beer like? I sampled some in a local pub just a stone’s throw from the brewery itself. It was cold and it was lagery, which are the main flavours my undiscerning palate looks for. Richard, the barman, was not much more specific: “The taste changes. I don’t know what they are doing up in that factory – they adding this, adding that. You don’t know what it will be. But it is still my favourite. It is from South Sudan. It is ours.” DM