Clash of the titans: The South African Open’s two most determined golfers 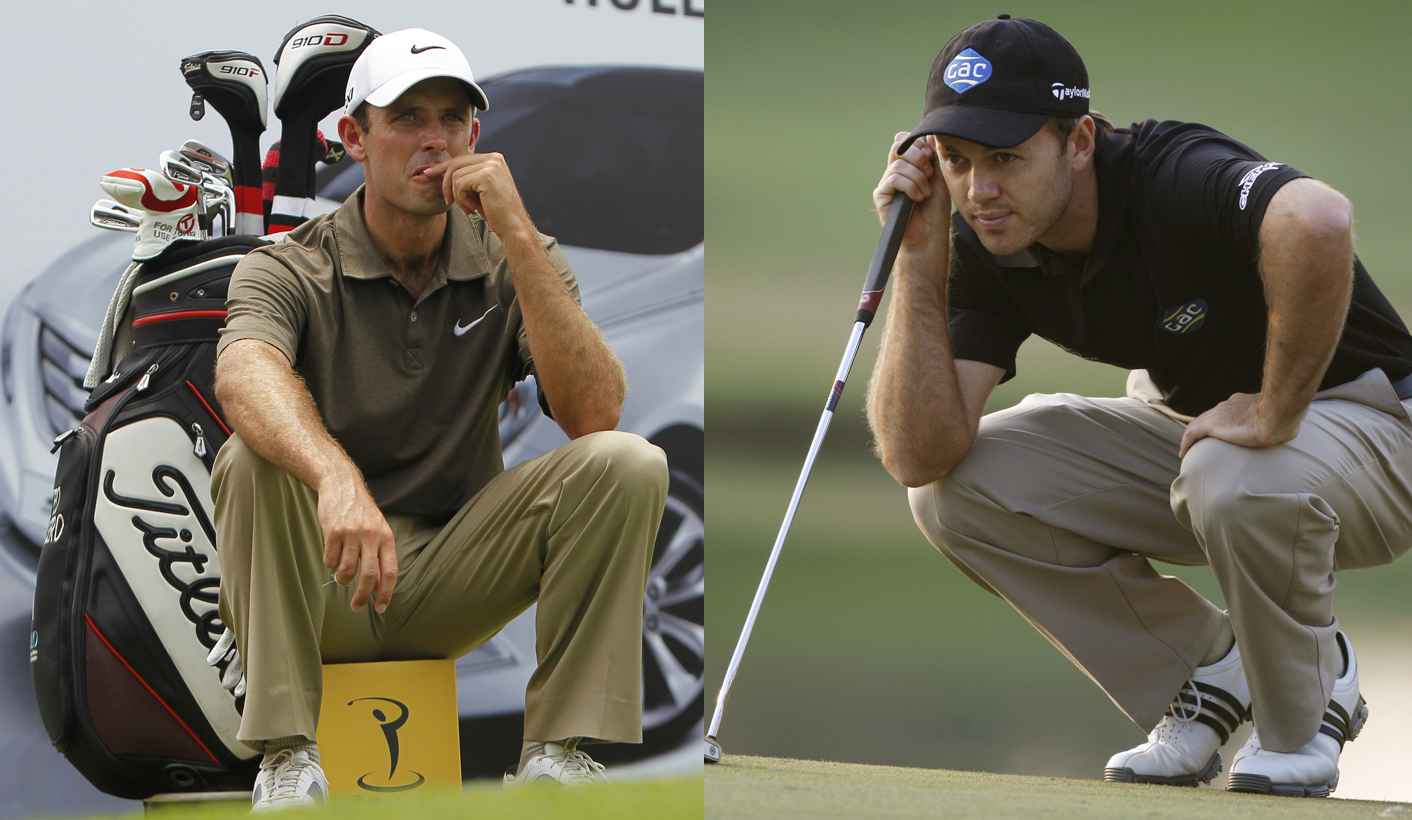 Towards the end of a long year, there is a sense that most of the top European Tour campaigners are bringing aching bodies to the Serengeti Golf Estate in Kempton Park this week for the South African Open, but there are two local golfers who will be highly motivated to put injury-disrupted years behind them and claim the national title. By KEN BORLAND.

Apart from the weight of expectation placed on Charl Schwartzel by his adoring local fans, the 2011 Masters champion is putting pressure on himself to turn around a disappointing year and claim the SA Open title for the first time.Lady Luck was smiling on Schwartzel during a stellar 2011 that saw him rise into the top 10 in the world rankings, but she changed her tune this year as the 28-year-old not only struggled with his form but was then hit with injuries, including a niggling rib muscle complaint.

“I haven’t had the best of times over the last couple of months, plus having that torn intercostal meant I had a few bad habits in my swing which I’m trying to fix. I’m just not putting four good rounds together, but my game is definitely on the up; it feels good, it’s there.

“I haven’t had a great year, but it’s not over yet and it can still become a great year with a couple of wins. There are five more tournaments left this year and we all know things can change very quickly in this game. I’ve never had the opportunity to play the SA Open in Gauteng, where I’ve played most of my golf, because it’s usually been on the coast, so hopefully I can do well because it’s a title that’s missing from my CV,” Schwartzel said at Serengeti on Tuesday.

The Blair Atholl resident arrived back in Johannesburg last week and used the time to prepare thoroughly for the tournament, making it clear the SA Open was a title he had serious ambitions of winning.

“I had a break from the tour and it gave me the opportunity to prepare properly. I’ve very much prepared for this tournament as I would for a major,” he said.

The four-time Sunshine Tour Order of Merit winner will be aiming to string four good rounds together, something he has struggled with this season. His last outing was two weeks ago at the BMW Masters in Shanghai, where he finished in a tie for 16th to epitomise his season.

“In my last tournament, I went from 13th to eighth to fourth and then back to 16th after I shot level-par on the last day. After three good rounds, there was the one bad round. If I had shot 68 I could of finished fifth. Everyone can make one good score, but you have to put four together to win and I need to get more consistent,” Schwartzel said.

While Schwartzel’s high standards mean he is disappointed with a year that has put him in the top 30 of the Race to Dubai (the European Tour Order of Merit) and 33rd on the world rankings, fellow Gautenger Richard Sterne is looking to compete for titles again after what has been a highly successful return from a serious back problem.

To be 46th on the European order of merit after being off the tour for two years is an amazing achievement and indicative of Sterne’s ability, but the 31-year-old is eager to challenge and perhaps add to his 2008 SA Open title won at Pearl Valley.

“I’ve been consistent. Nothing fantastic, but I guess it’s acceptable for someone who’s been out for two years. I just haven’t really competed. I need to get my confidence back, I haven’t competed on Sunday for a long time and I miss that.

There’s a nice run of six events now in South Africa, and hopefully I can win one or two of them,” Sterne said.

While Schwartzel, new sensation Branden Grace and Sterne will lead the local charge, there are 63 overseas golfers hoping to steal the second-oldest national title in the game from the Southern African contingent.

The most notable of them, and the highest ranked player in the field, is Martin Kaymer.

The German was the number one golfer in the world for six weeks last year, but has now dropped to 32nd, one place higher than Schwartzel. With the benefit of hindsight, the 27-year-old said he would concentrate more on his bread-and-butter job as a golfer if he ever got back to the summit again.

“Obviously it’s very difficult becoming number one, but staying there is even harder. You know it’s something special and you’re proud, but to maintain it is very difficult. You have the expectations of both yourself and others – apparently you are the best golfer in the world.

“My long-term plan is to get back there and if I do, I wouldn’t accept so many invites, I would say ‘no’ more. You get the opportunity to do lots of things you dreamt about as a kid, but you lose lots of practice and private time. You’re not that happy, because you don’t have time for yourself,” Kaymer said.

Kaymer put himself back in the spotlight with his thrilling Ryder Cup heroics and he watched the highlights two weeks later.

“I knew the result, but I was still nervous. I wanted to make sure my reaction wasn’t too retarded,” the maker of the winning putt joked.

To have a golfer of his standing at the SA Open is a real plus, and Kaymer made it clear he is eager to put the title on his CV.

“I don’t come to South Africa very often, but obviously the Nedbank Golf Challenge is a great tournament in two weeks’ time, and this is a national open with a lot of history. It’s the week before the Tour Championship and there’s not much time difference between here and Dubai. Plus I haven’t won yet this year and I’ve won in Europe, America and Asia, but not in Africa,” Kaymer said.

Like the rest of the eastern half of the country, Serengeti has had plenty of rain (plus startling hail) already this summer, and the rough is going to be difficult to get out of, never mind being able to get spin.

For Grace, the estate course has a links feel which will suit the winner of this year’s Volvo Golf Champions at Fancourt and the Alfred Dunhill Links Championship down to the ground.

“The rough is up and when the greens are firmer once the tournament starts, then it will be a really good challenge. If you’re too positive, there are some holes that will bite you. The odd bounce of the ball can go your way or not your way and, with all the slopes on the greens, it gives me the same feeling as the Fancourt Links and I seem to play my best golf when there’s a links feel…” Grace said.

The key, two days before the tournament starts on Thursday, would appear to be course knowledge, with Grace having the benefit of shooting a 68 in his last competitive round at Serengeti to finish in the top 10 of last year’s SA Open.

“The greens are severe and you need to know where to miss. You can very quickly be made to look like a fool on these greens, and it’s one of those courses you can’t play enough, purely because of the greens. You need to know every slope from the fairway,” Schwartzel warned. DM