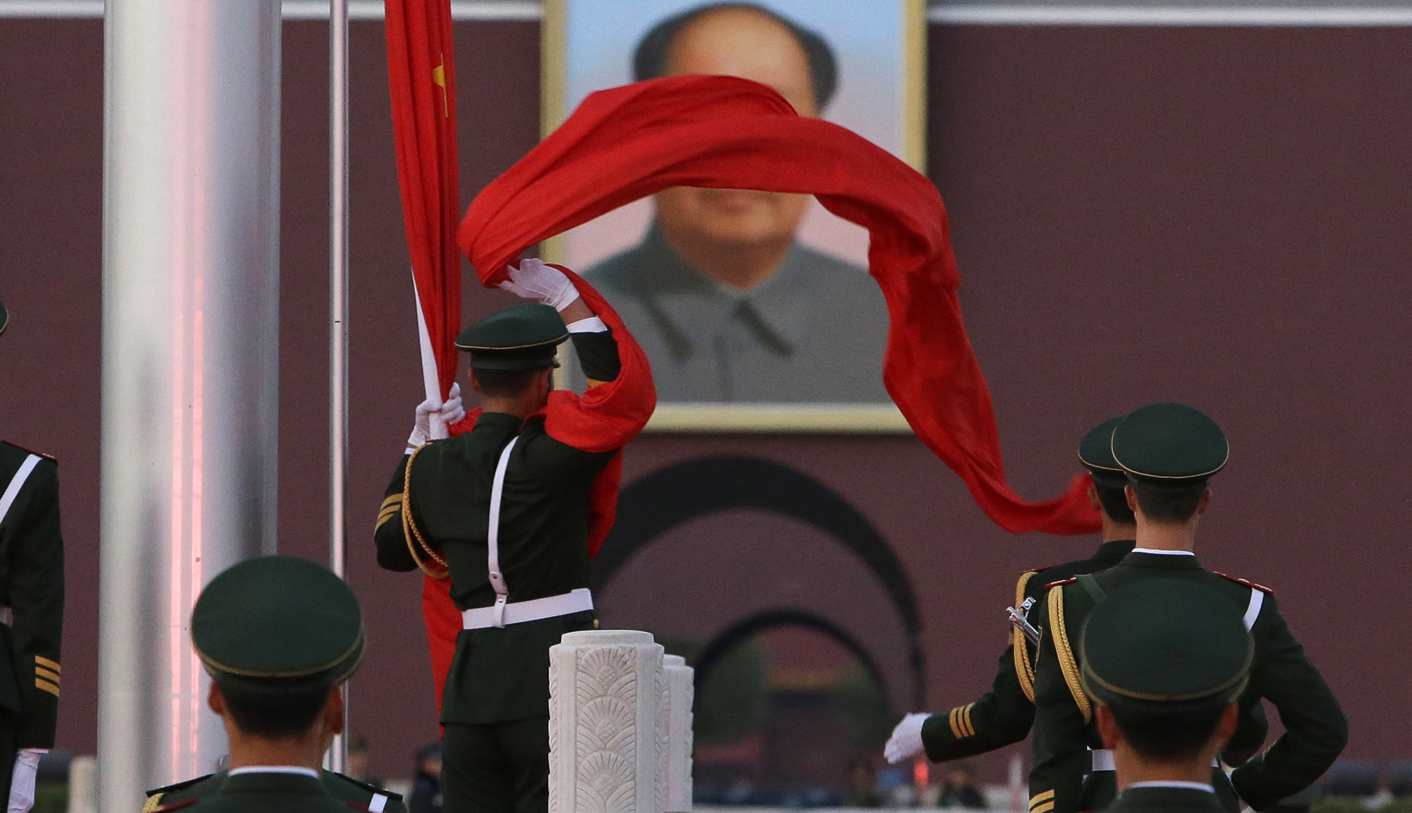 In 2007, a year before Beijing hosted the Olympics, China's Communist rulers made a special effort at a five-yearly congress to show the world transparency and grant rare open access to foreign media. By Ben Blanchard and Terril Yue Jones

BEIJING, Nov 13 (Reuters) – This year’s conclave is however overshadowed by China’s biggest political scandal in three decades enveloping former high-flyer Bo Xilai and a tricky leadership transition, and that effort has gone into reverse, at least as far as political policy is concerned.

Zhang Gaoli, the party boss of the northern city of Tianjin and somebody tipped to be raised to the elite decision-making Standing Committee, sat through a so-called “open session” of his delegation last week, hardly uttering a word.

When he did eventually speak, answering a question about his promotion prospects, Zhang refused to be drawn.

“I am currently Tianjin Party secretary. My responsibilities are, along with all the other representatives, to earnestly study and discuss the spirit of the 18th Party Congress report, and studiously carry out Tianjin’s work well, so that the people of Tianjin can truly attain the benefits, that the masses can feel they nurture us, so we must work for the people. Since I am still in Tianjin, I can only tell you this sentiment.”

At the last congress, top officials took one-on-one interviews, overseas reporters were encouraged to ask questions on whatever subject they wished and government media handlers went out of their way to be helpful, hoping to burnish China’s global image ahead of the 2008 Games.

This year, while economic officials and business leaders have generally been willing to talk, provincial leaders and rising political stars have largely shunned international media, and in some cases tried to avoid talking in public at all.

Those who have spoken have been exceedingly cautious.

Wang Yang, the party chief of Guangdong province and seen by Western experts as a beacon for political change in China, stuck resolutely to the party line when asked about reform.

“We will follow the themes of the 18th party congress to push for reform,” he told reporters. “As for the next steps for reform, General Secretary Hu Jintao has already clearly stated those, so I won’t recite the report for you.”

Officials are prickly when queried about the lack of access to leaders as compared to previous conclaves.

“You shouldn’t ask me these sort of questions … I don’t know,” said Yao Yinliang, party secretary of the old revolutionary base of Yanan, before swiftly walking away from reporters at the venue.

According to rights group Reporters Without Borders, only Eritrea, North Korea, Turkmenistan, Syria and Iran have less press freedom than China.

State media has commented favourably on media availability at the congress.

“@XHNews is offering a rolling report on the ongoing National Congress of the Communist Party of China,” Xinhua said.

Questions from state media to top officials inevitably come from Xinhua, CCTV or the People’s Daily, and in many cases are appear pre-arranged, with answers read straight off prepared scripts.

Some delegations are more politically sensitive than others. The far western provinces of Gansu and Qinghai have been hit in the past 18 months by self-immolations of ethnic Tibetans protesting Chinese rule and rolling demonstrations.

When approached by a Reuters reporter to ask about the case of blind legal activist Chen Guangcheng, the official in charge of his home town in Shandong province denied knowing who Chen was, despite the fact that he triggered a huge diplomatic incident between Beijing and Washington.

Some of these meetings are packed with foreign journalists, most notably that of Chongqing, where Bo was party boss until felled earlier this year by a massive scandal following his wife’s murder of a British businessman.

Chongqing’s acting leader, Zhang Dejiang, did finally give short answers about the case, only after the press corps began shouting their disapproval following three uninspiring questions in a row from state media.

Still, some delegations appear not to have got the message of caution.

Li Jiheng, the governor of the southwestern province of Yunnan, seemed to take positive delight in fielding questions from reporters.

Li truncated to an hour the normally uninspiring speech-giving of delegates, which other groups let drag on for several hours. Then, he and party chief Qin Guangrong happily answered a dozen questions, including one from a Reuters journalist on sensitive relations with Myanmar. DM

Photo: A paramilitary police officer collects the Chinese national flag during a flag-lowering ceremony in front of a giant portrait of the late chairman Mao Zedong on Beijing’s Tiananmen Square, November 12, 2012. Incoming Chinese president Xi Jinping has a “democratic style” that will allow him to lay the groundwork for much-needed political and economic reforms, one of only a handful of Americans to join the Chinese Communist Party said on Monday. Sidney Rittenberg came to China in 1945 as an idealistic young U.S. soldier and got swept up in the Communist revolution, eventually becoming a translator for the founder of modern China, Mao Zedong. REUTERS/Jason Lee