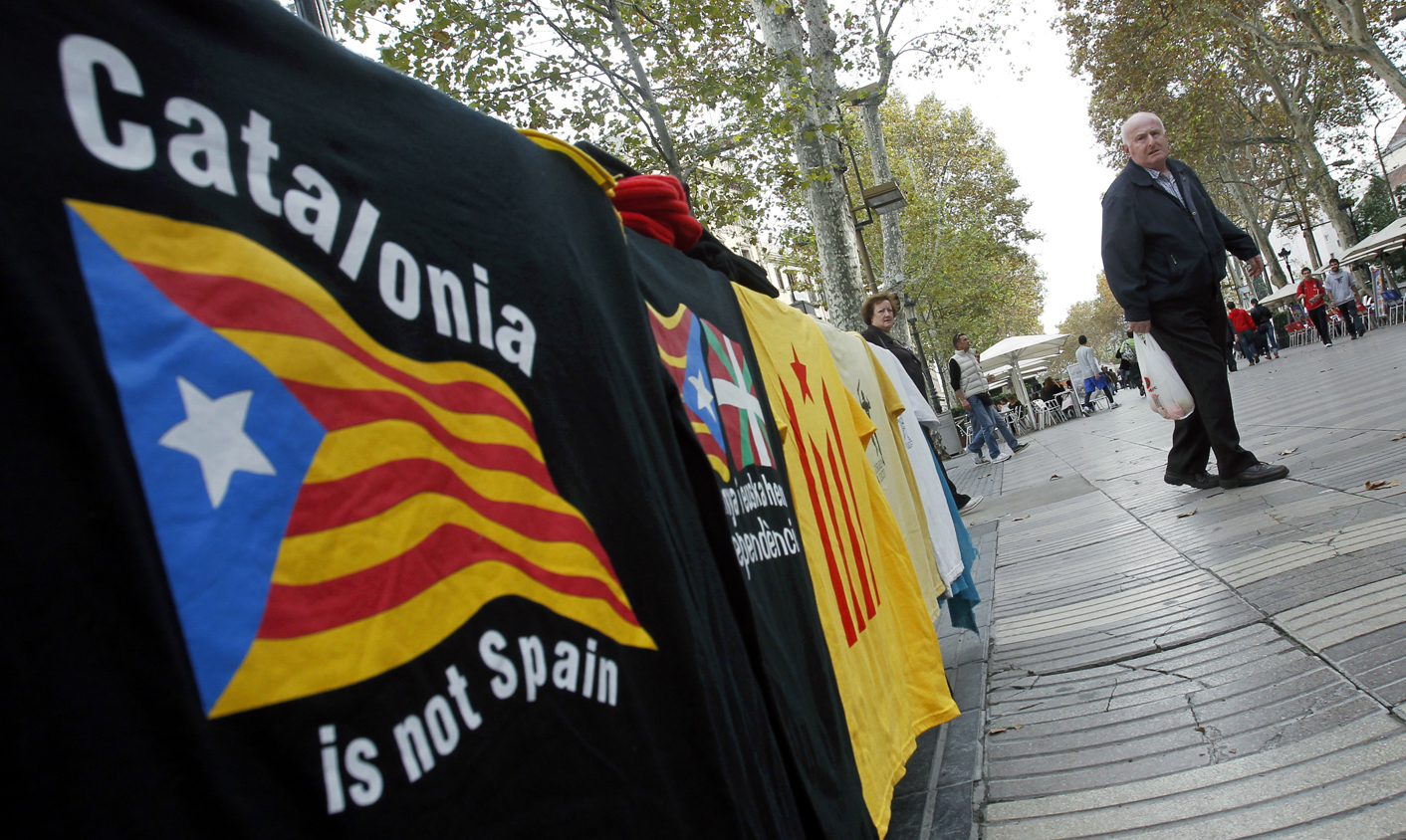 Barcelona may be Spain's second city, but some tourists to this top Mediterranean travel spot m i ght get a surprise when they find that traffic signs, advertisements and menus are not in Spanish but another romance language: Catalan. By Tracy Rucinski.

The language, which is similar to Spanish and French, was banned for almost 40 years during the right-wing dictatorship of Francisco Franco, and only used secretly, in the home.

Since the return to democracy in the 1970s, Catalan people, who are mostly bilingual in Spanish and Catalan, have poured money and time into protecting the centuries-old language for fear it could die out.

Catalonia already has a strained relationship with Madrid over perceptions of unfair treatment at a time of economic crisis. Any sign of fresh moves to “hispanicise” the region – such as when Education Minister Jose Ignacio Wert said recently he would push for more Spanish in schools – sparks more outrage.

The perception that Madrid is threatening Catalan language policy has fueled separatist sentiment and is helping to drive support for pro-independence parties ahead of regional parliamentary elections on Nov. 25.

If the pro-independence CiU party of incumbent Artur Mas is re-elected by more than 50 percent of the vote, it would give him a mandate to try to push for the Spanish government to allow a referendum on independence, which the central government says is anti-constitutional.

Recent polls show more than half of Catalans want to break away from Spain, the highest level in history.

“We have nothing against the Spanish. But when someone bullies you, your instinct is to fight back,” said Ricard Domingo, a literary agent and member of a Barcelona public school board.

Catalonia’s laws require the use of Catalan by teachers, doctors and public sector workers. All primary and secondary education is given in Catalan, and Spanish is taught as a separate subject. Businesses face fines if they do not label products and post signs in Catalan.

Anyone who speaks in Spanish will be answered in Spanish, but foreigners who settle in Catalonia say they need to learn the local language to socialise. English is increasingly spoken well by Catalan politicians and businessmen, who credit their bilingual backgrounds for their fluency.

At the Starbucks on Barcelona’s La Rambla boulevard, the coffees are advertised in Catalan – the new tall double latte is “el nou doble tall latte” – but customers order freely in Spanish and English.

Madrid says it fears younger generations are losing touch with the Spanish language, which Catalans deny.

“Bilingualism is so much a part of our guts that Spanish would never disappear even if we did become independent,” said Raul Leon, a 39-year-old doctor who was educated during the 1980s Catalan immersion plan in public schools, and who writes medical prescriptions in both languages.

Barcelona-based newspaper La Vanguardia, which has the fourth highest circulation in Spain, started printing a Catalan edition last year, but Spanish remains the dominant language of newsstands, bookstores and most television stations.

When Josep Gonzalez grew up during the Franco years, he spoke Catalan at home but didn’t learn to write it until his late teens. Now he sends all his emails in Catalan.

“The Catalan language is a heritage that we don’t want to lose, a treasure,” said Gonzalez, president of a Barcelona-based association of small and medium enterprises called PIMEC. “We must preserve it, but that doesn’t mean that we punish Spanish speakers.”

He added that pro-independence sentiment was growing among PIMEC’s members thanks to the perception that national policies were not always in Catalonia’s best interests, however.

Domingo, the agent, agreed: “I’ve never considered myself a separatist, but we’re facing a complete lack of respect by the Spanish state.” DM

Photo: Catalan separatist merchandise is displayed at a stall as a man walks past, in Las Ramblas, Barcelona November 10, 2012. REUTERS/Albert Gea