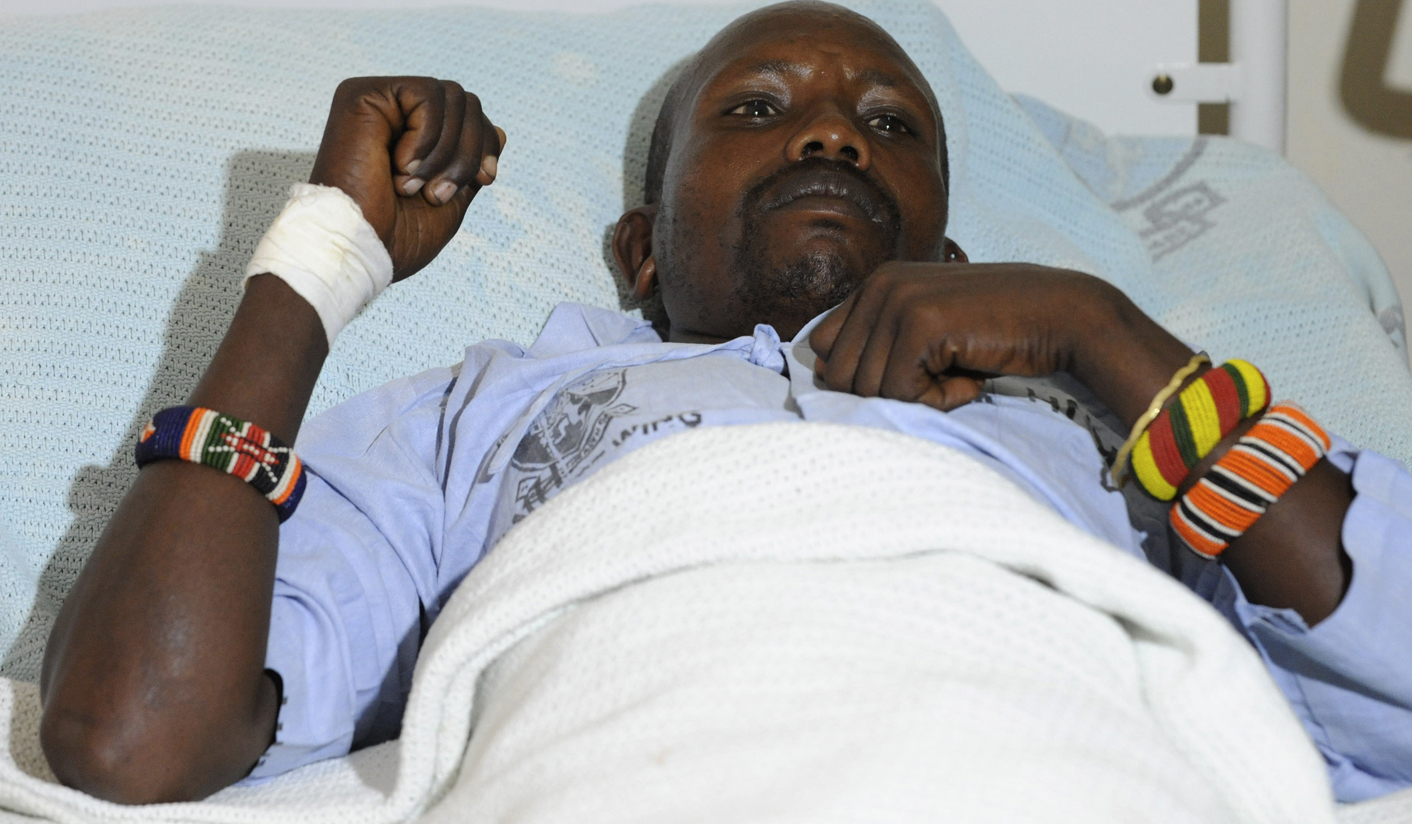 Armed cattle raiders killed at least 32 Kenyan police officers in a military-style ambush, officials said on Monday, calling it the worst attack on police in Kenya's history. By James Macharia.

Officers hunting down the cattle thieves in a remote northern region on Saturday came under machinegun fire and rocket-propelled grenades in an ambush the police said was conducted with “military precision”.

“We have recovered more bodies, we now have 32 in total. They were ambushed by attackers bearing sophisticated weapons, including machine guns,” Osman Warfa, provincial commissioner for the vast Rift Valley province of Warfa, told Reuters.

The police were pursuing raiders from the ethnic Turkana community who had stolen cattle from the Samburu tribe, authorities said. The two groups frequently raid cattle from each other and fight over grazing land and watering points.

The violence has created security concerns ahead of a presidential election scheduled for March next year – the first since a disputed election in 2007 fuelled ethnic slaughter that killed more than 1,200 people and forced about 300,000 from their homes.

Warfa said some of the raiders were suspected of being former members of the security forces, now working as mercenaries. Authorities were searching for more bodies in the bushy escarpments where the raiders hide stolen cattle, he said.

Police trailed the bandits at night, hoping to lay siege to their village and recover the animals, but were instead outmanoeuvred and ambushed in a sprawling valley, police spokesman Eric Kiraithe said.

“It is easily the worst single attack on police.”

Cattle rustling and clashes over grazing and farming land are relatively common between communities in arid areas of east Africa and often escalate into revenge attacks. It was not clear how many had been killed in the initial raid by the Turkana.

As cattle die of starvation due to drought, night-time raids are mounted to replace lost stock from neighbouring areas.

Following the initial raid by the Turkana, police set off after the bandits in the bushy valley where they were met with gunshots and rocket-propelled grenades near a village suspected to be the rustlers’ hideout in Samburu county.

“Police were on trucks, some were on foot when they were ambushed,” said a senior police officer who declined to be named. “This area has always been prone to banditry.”

The remote areas to the north of Kenya rely on vigilante groups for security. Many homesteads have weapons to deter invaders, while herders often carry guns to protect their animals because there is barely any police presence.

Arms smuggling is common and Kenyan police have little control over weaponry crossing the porous border to the north.

The region is awash with guns due to its proximity to unstable neighbours such as Somalia, where al Qaeda-linked militants have been fighting to topple the government.

Kenya’s north also borders South Sudan, which has suffered decades of civil conflict, and Ethiopia, where the armed Oromo Liberation Front has made sporadic incursions into the country.

In similar clashes in the other end of Kenya, more than 100 people were shot, hacked and burnt to death by armed raiders in the coastal county of Tana River in September. DM

Photo: An unidentified injured policeman rests in a hospital bed in Kenya’s capital Nairobi November 11, 2012, following an ambush in Baragoi. Armed cattle raiders killed at least 32 Kenyan police officers when they ambushed them in the remote northern county of Samburu on Saturday, a government official said on Monday, in the latest fighting between rival tribes in a dispute over land. Picture taken November 11, 2012. REUTERS/Stringer