Analysis: Anatomy of delivery protests and their tragic futility 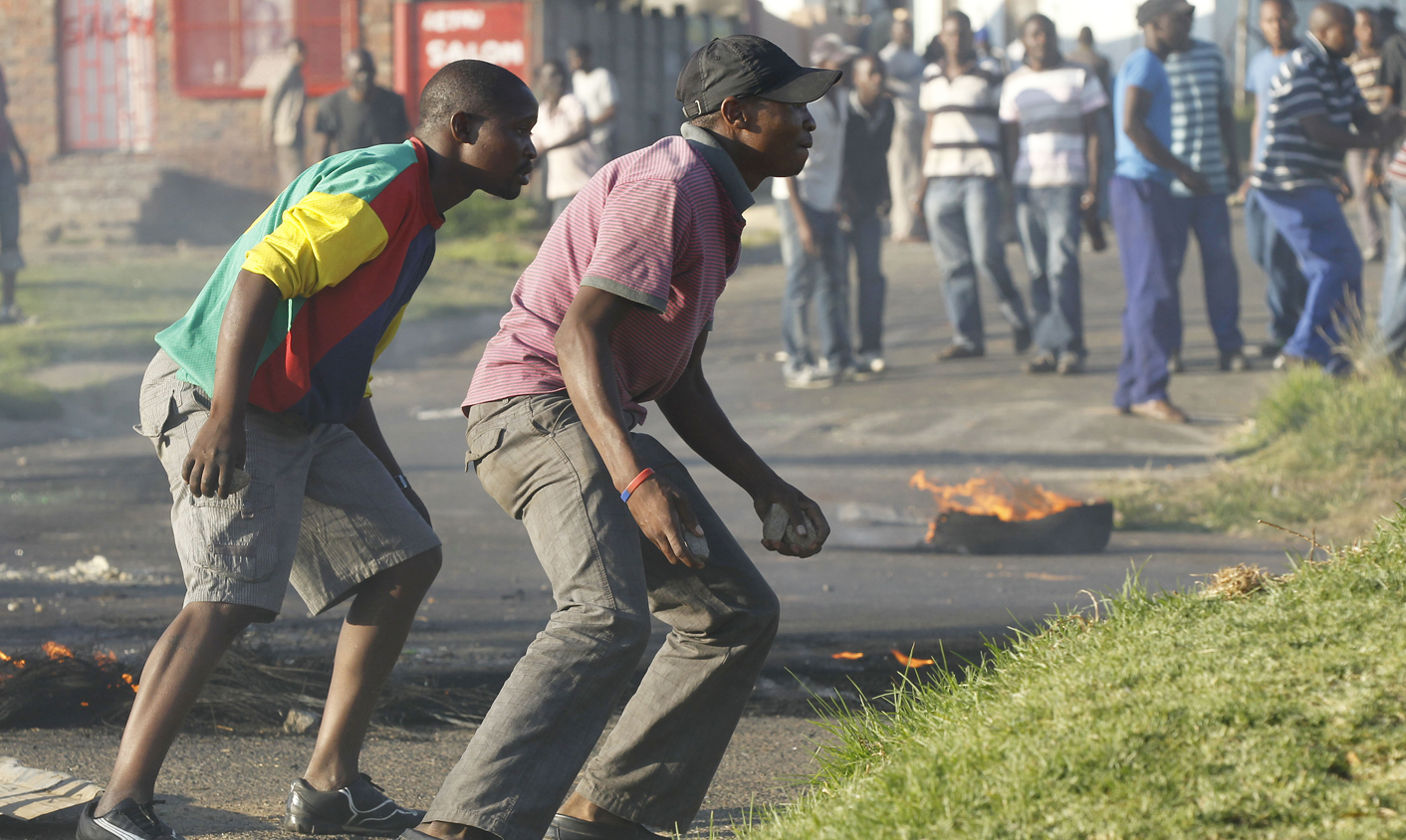 So many civil society organisations and protesting citizens are getting their questions wrong. The solution doesn’t lie in making the government aware of what’s wrong. It is simply that it can’t fix what’s wrong. It is a competency issue, not an awareness one. By SIPHO HLONGWANE.

There is a certain logic to the way that protests happen in South Africa. When people feel that they are not being served correctly, they find ways to force their struggles onto the national agenda. In the old days, when we were so young and naïve as a democracy, holding a couple of public meetings was good enough. You’d get your local political representative to come around. There’d be a photo opportunity, and the promise that things would get better. It is a very sweet idea about how real democracy should work, and perhaps we should have been alerted to the fact that almost no country on earth gets this right.

We had to contend with a bigger beast.

South Africa devolved rapidly into a facsimile of a one-party state where executive authority was hardly accountable to the legislature (and, increasingly, the judiciary) so that by the second decade of the 21st century, the counterbalances that existed outside of the state were becoming increasingly important.

Where the state, the parliament and the courts have not been helping the people, the wronged and forgotten have turned to civil structures.

The civil society, so important to the fight against Apartheid, is strongly reasserting itself in the new dispensation. Its rise is a symptom of both the massive failure of the state, and the misguided faith that the public continue to have for it.

“Thus the most important check on the ANC comes from outside party politics,” the Economist said in a recent check-mate article on South Africa. Lobby groups and NGOs have a commendable history of holding the government to account and stepping in where it fails, although funding, whether it comes from the government or from donors, is limited. One NGO, Section 27, is taking the education department to court over the textbook fiasco. Rape Crisis supports victims of rape, of which there are many, offering them counselling and helping them pursue justice. The Social Justice Coalition, which works mostly in Khayelitsha, is calling for improved policing and better sanitation. Abahlali base Mjondolo, or “shack dwellers”, campaigns for public housing.

The Economist could have mentioned others. Attached to the shack dwellers’ organisation is the unemployed workers’ union. Since the massacre in Marikana where the police shot 112 people, we have seen efforts to stoke up some kind of a movement there. The Marikana Solidarity Campaign seems most interested in getting answers from the Marikana Commission of Inquiry, while there have also been rumblings of a new workers’ party in the region.

Simply put, organisations that hope to solve a societal problem by alerting the state to it are bound to fail because the state’s problem isn’t one of awareness – it is one of capacity. The rapidly escalating service delivery protests over the last eight years are strong evidence of that. When Jesse James and his posse ride into town, there is no point in alerting the sheriff if his bullets are blanks, as it were.

The Marikana Commission of Inquiry is one blatant example of the cracks in this theory of government reciprocity to protest action. Over the last weeks, we have heard cases of gross police incompetence (or if your mind is made up on the issue: the perversion of the ends of justice). Do not forget that this is an arm of the state. (Even if commission chairman Judge Ian Farlam were to come down from 100 miles up on the state in the mess, like we increasingly believe he should, that report would still end up on the desk of one President Jacob Zuma. What he would do with it would be up to his discretion.)

But can the government deliver at all?

Professor Peter Alexander of the University of Johannesburg said, “As many commentators and activists now accept, service-delivery protests are part of a broader ‘rebellion of the poor’. This rebellion is massive. I have not yet found any other country where there is a similar level of ongoing urban unrest. South Africa can reasonably be described as the ‘protest capital of the world’.”

This indicates a catastrophic failure on the part of the government, and it is everywhere, from textbooks not getting delivered in Limpopo to a boy in KwaZulu Natal suffering serious brain damage because the local health MEC was swanning about in the only available helicopter.

The people within civil society who have correctly diagnosed the real problem and are actually taking steps to rectify it are the Democratic Socialist Movement of South Africa, whose ultimate aim is to form a workers’ party of some stripe. Its representatives were quick on the draw in the Marikana crisis, organising workers just days after the 16 August massacre. (Organising against the ANC government, obviously.)

Unsurprisingly, the workers’ party has been a thorn in the side of the ruling party for many decades now, because it rejected the “umbrella body” policy for one which saw the working class organising politically as a separate entity.

Whatever one may think of DSM’s politics or leanings, they are working to replace the government. Whether they would be successful in turning the putrid South African state into an effective welfare and delivery machine is anyone’s guess, but they are at least asking the right questions.

The question is whether they can take this new thought onto the national stage. The immediate answer is no, they can’t. Not in the next five years at least, thanks to the outlandish brutality that the police have displayed towards the supposed leaders of the unprotected strikes that have hit right at the heart of South Africa’s economic backbone. There is just no safe way for anyone to unite the strikes into one powerful political force.

The Marikana approach to service delivery protests by the police (which was already used much earlier, such as in the death of Andries Tatane) does not bode well for people resorting to extreme measures in hopes of better service delivery. The state is content to keep providing spotty services to those who can do with such (read: those rich enough to pay the private sector to fill the gaps) while violently putting down the revolts of the rest. It is the makings of a severely broken state, and we’re already on the second page of the recipe book.

The problem with South Africa’s government is not that it doesn’t know what is wrong in the country. It is that in its current incarnation, even if the best of wills, it can’t solve much. DM

Photo: Township residents, armed with rocks, clash with police during protests over the delivery of basic housing and education near Ermelo, 200 km (120 miles) east of Johannesburg, February 15, 2011. Local media reported that one resident was killed but the police would not confirm or deny the report. REUTERS/Mike Hutchings