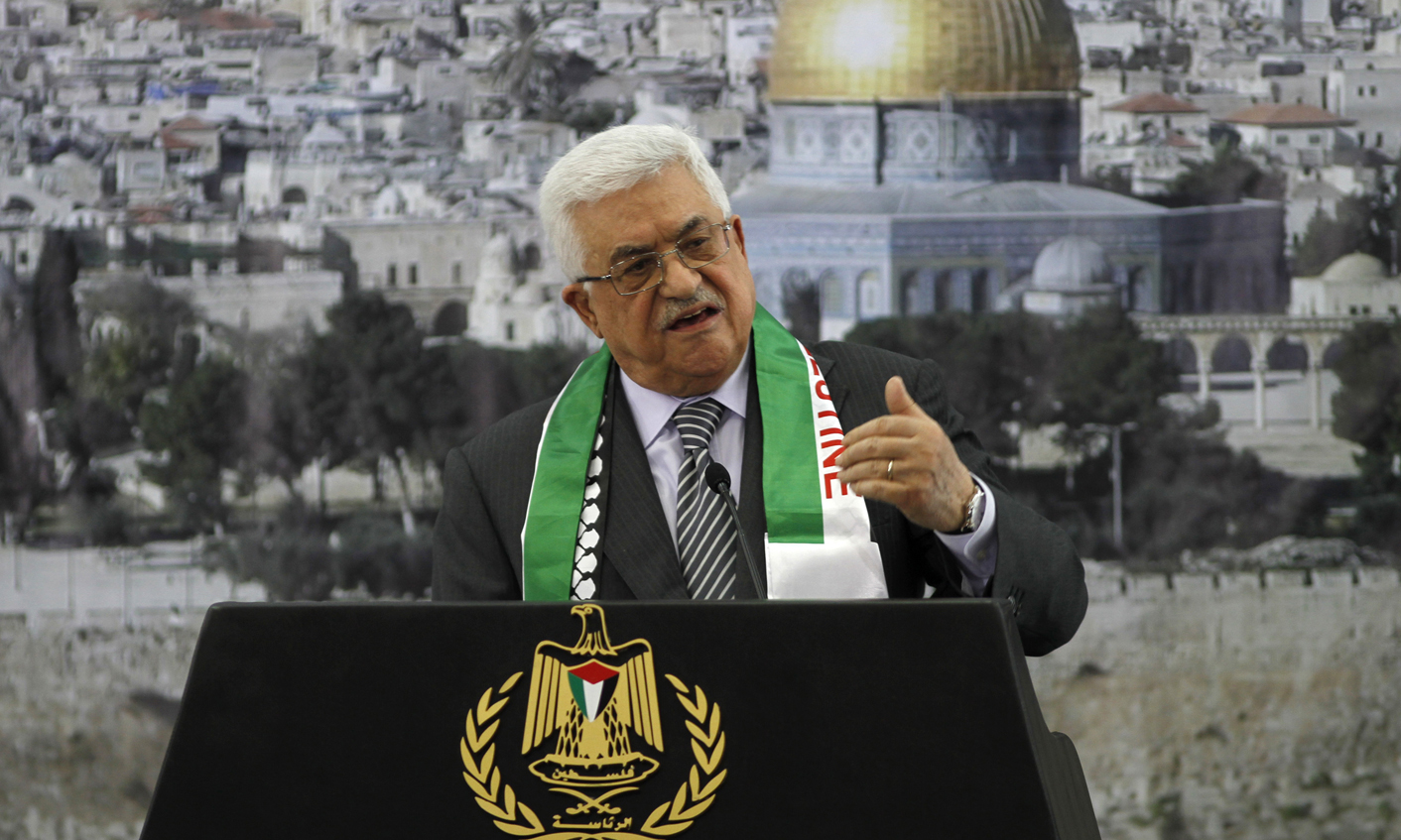 Palestinian President Mahmoud Abbas told President Barack Obama on Sunday he was intent on pressing ahead with a Palestinian bid for United Nations recognition as a non-member state, despite the U.S. leader's objections. By Noah Browning and Matt Spetalnick.

Abbas explained his decision to Obama in a phone conversation, according to Abbas aide Nabil Abu Rdaineh. Continued defiance of Washington on such a sensitive issue casts further doubt on the chances for any renewed U.S.-led Israeli-Palestinian peace drive following Obama’s re-election on Tuesday.

The Western-backed Palestinian Authority on Wednesday circulated a draft resolution to U.N. member states that calls for upgrading its U.N. status to that of observer state, despite objections by the United States and Israel.

“President Abbas cited the reasons and motives for the Palestinian decision to seek non-member statehood as continued Israeli settlement activity and the continued attacks on Palestinians and their property,” Abu Rdaineh said.

The White House said Obama, responding to a message from Abbas congratulating him on his re-election, used the call to reiterate “opposition to unilateral efforts at the United Nations.”

The Palestinians are currently considered an observer “entity” at the United Nations.

Frustrated that their bid for full U.N. membership last year failed amid U.S. opposition in the U.N. Security Council, Palestinians have launched a watered-down bid for recognition as a non-member state, similar to the Vatican’s U.N. status.

The proposal, which could be put to a vote in the General Assembly later this month, would implicitly recognize Palestinian statehood and could also grant access to bodies such as the International Criminal Court in The Hague, where they could file complaints against Israel.

The upgrade seems certain to win approval in any vote in the 193-nation General Assembly, which is composed mostly of post-colonial states historically sympathetic to the Palestinians.

Israel and the United States say Palestinian statehood must be achieved by negotiation and have called on Abbas to return to peace talks that collapsed in 2010 over Israeli settlement construction in the occupied West Bank.

“In his discussion with President Abbas, President Obama reaffirmed his commitment to Middle East peace and his strong support for direct negotiations between Israel and the Palestinians with the objective of two states living side by side in peace and security,” the White House said.

Obama pledged to make Middle East peacemaking a top priority when he took office in 2008 but on-again-off-again U.S. diplomacy yielded no tangible progress.

With Washington focused on the West’s nuclear standoff with Iran and seeking to avert any unilateral Israeli attack on its nuclear sites, the White House has shown no real appetite for any immediate new Israeli-Palestinian peace initiative.

Israeli Prime Minister Benjamin Netanyahu, who has had strained relations with Obama and now faces a Jan. 22 general election in Israel, spoke to the U.S. president by phone on Thursday and congratulated him on his re-election.

This comes after amid a flare-up of violence in the region. Israel said it was poised to escalate attacks on the Gaza Strip on Sunday following a surge of rocket and mortar salvoes by Hamas and other Palestinian factions.

The Palestinians seek to establish a state in the Israeli-occupied West Bank and the Gaza Strip – which is controlled by the Islamist Hamas group who are bitter rivals of the Palestinian Authority – and want East Jerusalem as its capital.

Abbas has billed the U.N. move as a last-ditch attempt to advance long-stalled talks to achieve statehood by first having the world recognize Palestine as a state under Israeli occupation and its borders.

But U.S. officials have warned that the U.N. bid is counterproductive and will make it harder for the two sides to agree to renewed negotiations.

On Saturday, Israeli Finance Minister Yuval Steinitz threatened to stop collecting tax revenues for the Palestinian Authority and not hand over any money if Abbas continued to seek U.N. observer state membership.

The aid-dependent Palestinian economy in the West Bank faces financial crisis due to a drop in aid from Western backers and wealthy Gulf states, as well as Israeli restrictions on trade. DM