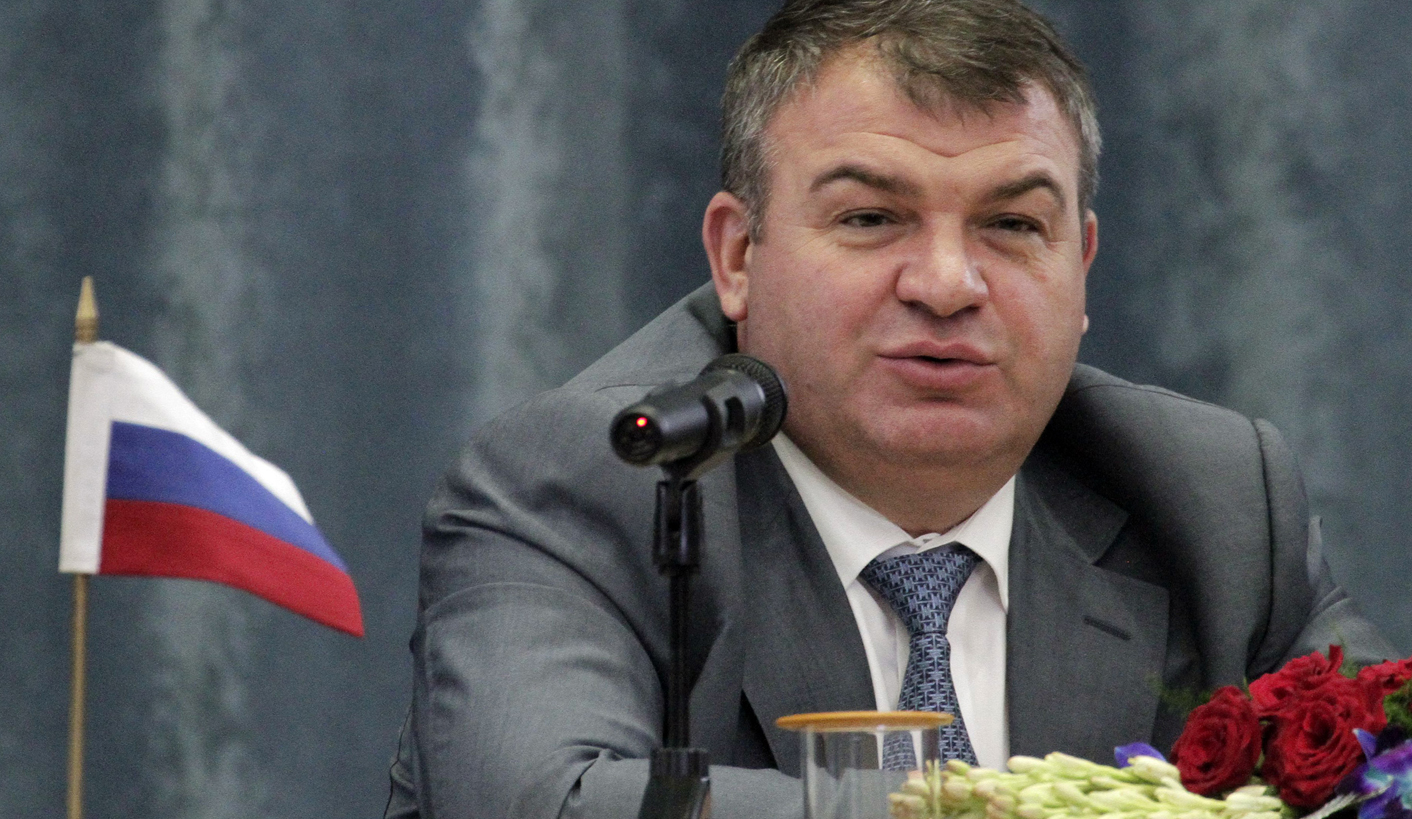 President Vladimir Putin fired Russia's defence minister over corruption allegations on Tuesday, the latest twist in an unfolding saga of power, money and suspected adultery at the heart of the Kremlin. By Thomas Grove.

Putin announced on television that he had fired Anatoly Serdyukov, once seen as one of the president’s most loyal courtiers but lately a liability amid allegations that the military sold off assets cheaply to insiders.

“Taking into consideration the situation around the Defence Ministry, in order to create conditions for an objective investigation into all matters, I have decided to remove Defence Minister Serdyukov from his post,” Putin said.

Serdyukov’s replacement will be Sergei Shoigu, recently named governor of the Moscow region and known as a popular and loyal Putin ally during nearly two decades as head of the Emergencies Ministry.

The defence minister wields immense power in Russia, channelling billions of dollars every year through the country’s powerful defence industry, the second largest arms exporter in the world. Putin has promised to spend 23 trillion roubles ($726.30 billion) on the military by the end of the decade.

Corruption has been endemic at the defence ministry for decades. The country’s top military prosecutor said last year that a fifth of the budget was stolen or embezzled.

Putin said at the televised meeting with Shoigu that he must continue “grandiose plans for the reform of the army”.

Russian investigators raided the offices of Defence Ministry firm Oboronservis last month and opened an investigation into the company on suspicion that it had sold assets to commercial firms at a loss of nearly $100 million.

Russian media have been speculating for days that Serdyukov had lost Putin’s support after having an extra-marital affair that infuriated Serdyukov’s powerful father-in-law and patron, Viktor Zubkov, chairman of oil monopoly Gazprom.

A Russian tabloid newspaper with connections with security personnel reported that Serdyukov was in the apartment as well when the raid began. Vasilieva was reported on Tuesday to have left the country, Interfax news agency reported.

A one-time furniture salesman, Serdyukov owed much of his career to Zubkov, a confidante of Putin from their days in St Petersburg, who served as prime minister in 2007-08.

“Mr. Serdyukov controlled at least a quarter of our budget and of course there are a lot of people who wanted a share of that pie,” said independent defence analyst Thomas Golts.

Serdyukov’s military reforms, which reorganised troops, cut the number of officers by more than 100,000 and exposed high level corruption, also made him disliked in the ranks.

He headed the tax ministry from 2004-07 when a tax case dismantled the assets of jailed former oil tycoon Mikhail Khodorkovsky, a role that had led many analysts to believe Serdyukov was untouchable and would weather the scandal.

Shoigu, 57, an army general, was emergencies minister from 1994 until this year, earning a reputation for personally intervening in natural disasters and other calamities that plagued Russia in the years since the Soviet Union collapsed.

He gained the trust of the Kremlin and average Russians after his effective reorganisation of the civilian defence troops, a paramilitary body he inherited from the Soviet Union.

In April of this year, when he took office as Moscow regional governor, he was considered Russia’s third most trusted politician in a survey by independent pollster Levada.

That popularity may leave him room to travel higher in the government run by prime minister Dmitry Medvedev, a former president whose star, some analysts speculate, is falling.

“Shoigu is unknown in our country as a great strategist or as a powerful military officer, but that is not needed in the post of the minister of defence,” said Alexei Arbatov, a military analyst at the Russian Academy of Sciences.

“If the defence minister is largely an administrative post, then Shoigu has very great merits … As an administrator he is already regarded very highly and moreover, he is popular in Russia and in social opinion,” he said. DM