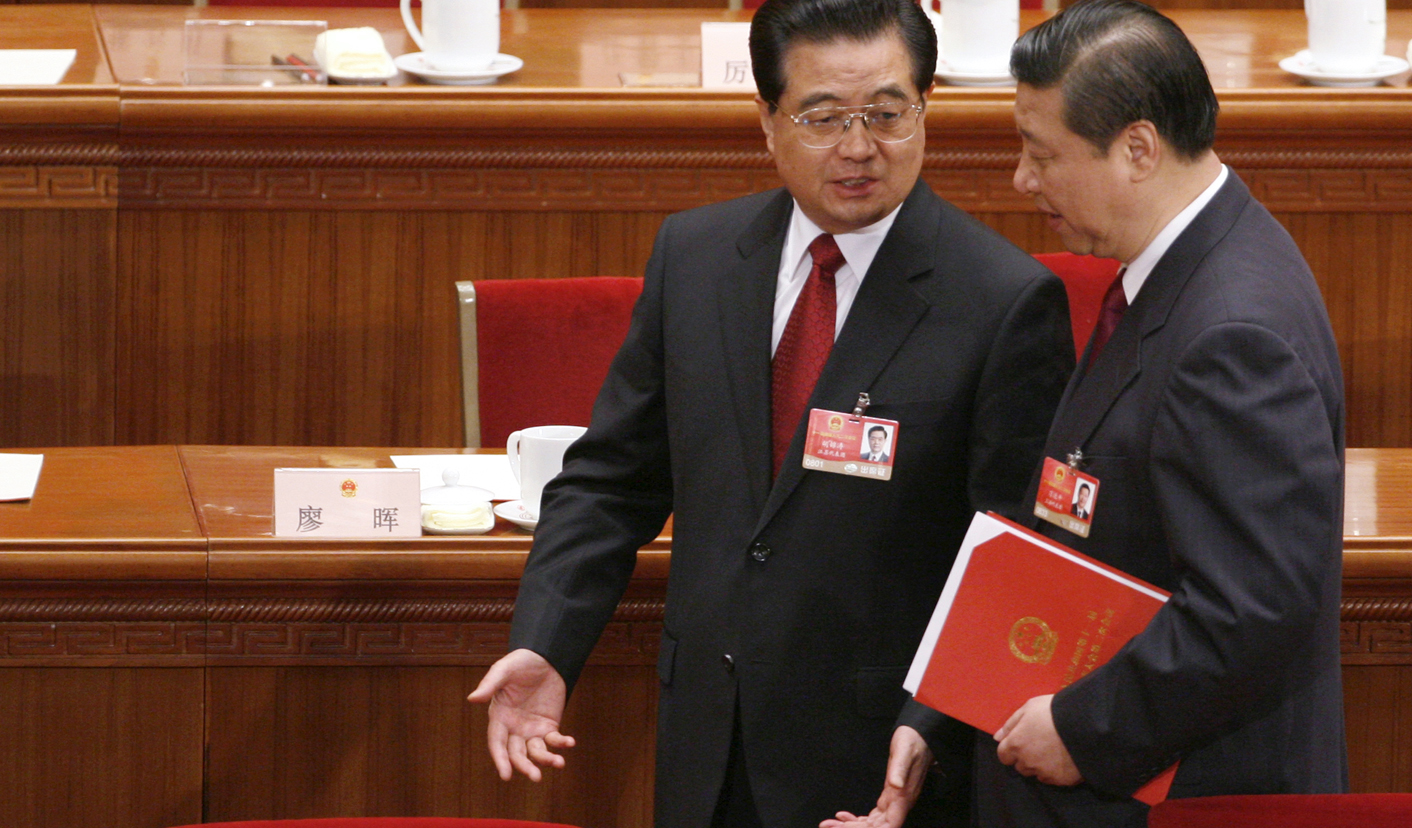 China's outgoing leader and his likely successor are pushing the ruling Communist Party to adopt a more democratic process this month for choosing a new leadership, sources said, in an attempt to boost its flagging legitimacy in the eyes of the public. By Benjamin Kang Lim and Michael Martina.

The extent of the reform would be unprecedented in communist China where elections for the highest tiers of the party, held every five years, have been mainly exercises in rubber-stamping candidates already agreed upon by party power-brokers.

The Communist Party, which has held unbroken power since 1949, is struggling to maintain its popular legitimacy in the face of rising inequality, corruption and environmental degredation, even as the economy continues to bound ahead.

President Hu Jintao and his heir, Xi Jinping, have proposed that the party’s 18th Congress, which opens on Thursday, should hold elections for the elite Politburo where for the first time there would be more candidates than available seats, said three sources with ties to the party leadership.

The Politburo, currently 24 members, is the second-highest level of power in China from which the highest decision-making body, the Politburo Standing Committee, is chosen.

They are chosen by the roughly 200 full members of the Central Committee which is in turn chosen by the more than 2,000 delegates at this week’s Congress.

Under their proposal, there would be up to 20 percent more candidates than seats in the new Politburo in an election to be held next week, the sources said. It was unclear if competitive voting would also be extended to the Standing Committee.

“Hu wants expanding intra-party democracy to be one of his legacies,” one source said, requesting anonymity to avoid repercussions for discussing secretive elite politics.

“It would also be good for Xi’s image,” the source added.

Xi is considered certain to replace Hu as party chief at the congress, with Li Keqiang, currently a vice premier, tipped to become his deputy in the once-in-a-decade transition to a new administration. Xi would then take over as president, and Li as premier, at the annual full session of parliament in March.

China experts said a more competitive election for the Politburo would mark a historic reform that could lead to surprises in the formation of Xi’s administration, with wider implications for further political reform.

“This is a very, very important development,” said Cheng Li, a senior fellow at the Brookings Institution in Washington.

“It would provide a new source of legitimacy. It would not just be dark-box manipulation … The party’s legitimacy is so low that they must do something to uplift the public’s confidence.”

However, Li and other experts remained sceptical that the proposal would be adopted, given that it could still be vetoed by party elders or conservatives.

‘OPENING UP THE GAME’

Under the proposal, a Politburo with, say, 25 seats would be contested by a maximum of 30 candidates, leaving five of the candidates put forward by party power-brokers at risk of defeat.

Given the Standing Committee is chosen from the Politburo, such a reform could also lead to surprises at the most elite level of the party, which is normally decided by painstaking consensus in a series of back-room negotiations.

China experts said that of the main candidates for both the Politburo and Standing Committee this time, there are a few whose chances could be improved in a competitive Politburo vote and some who would probably sweat over the outcome.

“It gives back a chance to leaders like Wang Yang or even Li Yuanchao to get elected, provided – and this is a big if – they are included on the candidacy list,” Cabestan said.

Wang is well known for launching limited democratic reforms in the village of Wukan this year to quell an uprising, but his chances of reaching the Standing Committee came under question recently when sources said he had been left off a preferred list of candidates drawn up by Hu, Xi and former leader Jiang Zemin.

However, front-runner Liu Yunshan, the party’s propaganda chief, could have the most to fear from a more democratic vote, said Chen Ziming, an independent scholar of politics in Beijing.

“Many people do not like his work,” Chen said. “They also have to take public opinion into consideration,” he added.

Sources said the Hu-Xi proposal would also significantly extend the competitiveness of elections to the party’s third tier, the Central Committee, a body of roughly 200 members where a very limited form of competitive voting already takes place.

At the last congress in 2007, there were 8 percent more candidates than seats for the Central Committee, up from 5 percent in 2002, according to Central Party School professor Gao Xinmin writing in the Study Times, a party mouthpiece.

Under the proposal, that could rise to up to 40 percent this time, the sources said.

The Hu-Xi proposal has been put forward at a time when the party is split between leftists who worry about major economic inequalities that have opened up after three decades of free-market reforms and those who want to accelerate those reforms.

The split revealed itself dramatically this year in the downfall of Politburo member Bo Xilai, a favourite of the left, in a murder scandal in which his wife was implicated and jailed. Bo has been expelled from the party and is to stand trial on charges including corruption.

“If you extend the (number of candidates) then the level of uncertainty opens the game up and allows people to compete and maybe coalitions to form within the party,” said Cabestan of Hong Kong Baptist University.

” It opens the game in both direction – for friends of Bo Xilai as well,” he added. DM