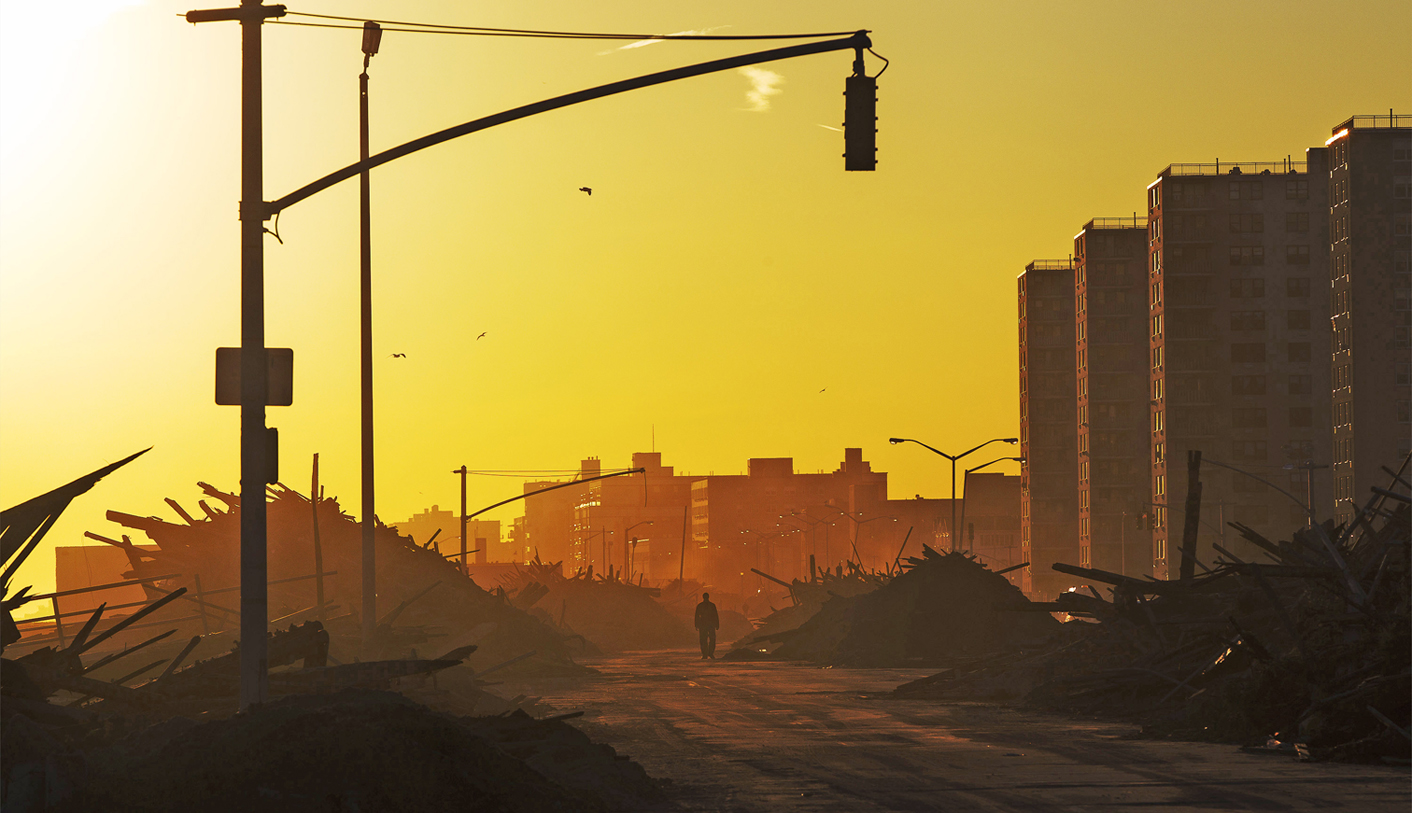 New York City's mayor took more steps on Tuesday to prepare for a new storm forecast to strike just a week after superstorm Sandy soaked the region with deadly flooding and high winds that crippled transit and power systems. By Dan Burns.

With a Nor’easter storm forecast to strike the already devastated area late on Wednesday, Mayor Michael Bloomberg said residents in the city’s lowest-lying areas will be evacuated to shelters, exterior construction work must cease at noon on Wednesday and parks and beaches will be closed at the same time – for at least 24 hours.

“We just don’t need to send our first responders into the ocean to save someone who is being foolish,” Bloomberg said.

He emphasized Wednesday’s evacuations, designed to coincide with high tides when the storm surge would be highest, would not be as widespread as the mandatory evacuations of large parts of the city ordered before Sandy hit the city last week. The new evacuation zone includes the south shore of Staten Island – home to nearly half of the 41 people killed in New York City by Sandy – and the hard-hit Rockaways section of Queens.

The new storm was forecast to bring an inch (2.5 cm) of rain possibly mixing with sleet, winds gusts up to 50 mph (80 kph), and a surge of up to 4-1/2 feet (1.4 meters), with coastal flooding expected near midnight on Wednesday, the mayor said.

“That makes trees that already have their base flooded more likely to fall over, and that’s something we’re going to worry about,” Bloomberg said.

Areas that suffered erosion from Sandy’s record-breaking 13.2 feet (4 meters) storm surge may have problems with the smaller surge of the new storm, he said.

Still in the dark from the devastation caused by Sandy are 91,000 households in New York City waiting for power to be restored.

“I am unsatisfied with the performance of all the utilities .. I don’t think their performance has been adequate – period,” Cuomo said.

The additional crews brought in from around the country to help get New York back on its feet after Sandy will be held until the region recovers from the second natural disaster in as many weeks, he said.

“I am directing the utility companies not to release any of those crews” until we get through the next storm, Cuomo said.

He warned that the new front could further complicate a gas shortage that has created long lines at the pumps, which Cuomo blamed on “panic buying.”

City sanitation crews have already removed 60,000 tons of storm debris from Sandy in a scramble to get ahead of the new storm, Bloomberg said. And the number of city schools plagued by problems, some with no heat, has dropped to 47 from 57, he said. DM

Photo: A man walks down Shore Front Parkway surrounded by debris pushed onto the streets by hurricane Sandy in the Queens borough region of the Rockaways in New York, November 6, 2012. REUTERS/Lucas Jackson