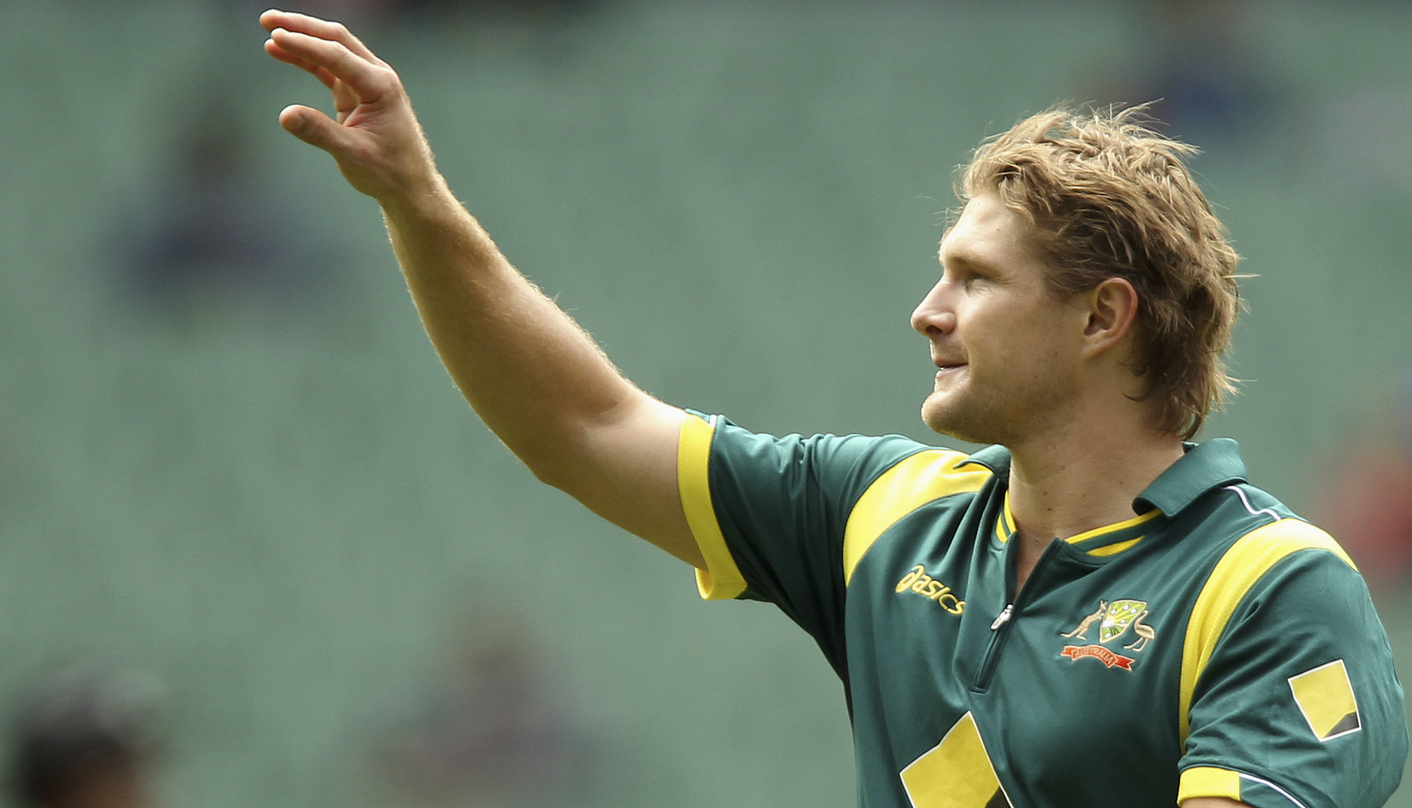 Shane Watson has suffered a calf strain, which could keep him out of the first Test against South Africa that starts on Friday. Rob Quiney has been named as his replacement, and the Victorian could very well be handed a baggy green in the first Test. By ANT SIMS.

Watson limped off the field in a Sheffield Shield match on Saturday, and while Quiney has been named as a possible replacement, captain Michael Clarke has insisted that Watson could still play as a specialist batsman instead of a bowler. Quiney featured in the three-day warm-up match for Australia A against the South Africans over the weekend, and he scored a patient 85 at the top of the order.

“It was good to have a good hit out against them, [although] the wicket in Sydney, compared to the one we’re going to play on, is going to be a bit different,” Quiney said. “It’s good to have a little taste of it, but obviously you’re going to step up even more from this game.

“I think I’ve been fairly consistent in the last 18 to 24 months, so that’s something I’ve been working on. Not such a great start in the Shield stuff for me this year, but it’s an opportunity; it comes through timing, and if it does eventuate then I’m hoping to enjoy it, soak it up and do as best I can.”
Australia could pass as the walking wounded ahead of the first Test starting on Friday, with Ricky Ponting also struggling with a hamstring injury.  No replacement player has been named for the former skipper yet, though it’s expected that he will recover before the series gets underway.

Australia selector John Inverarity said the decision whether Watson would play or not would be made sooner rather than later, and praised Quiney for his consistent form over the last few years. The Victorian opener scored 938 runs last season at an average of 49.36, and 724 at an average of 42.58 the season before.

“Rob Quiney has impressed the NSP with his performances in all formats in recent years. He was particularly impressive in the Australia A game that concluded at the SCG today,” Inverarity said. “His 85 from 113 balls against the strong South African attack demonstrated a good range of shots and a sound technique. He is in good shape at the moment and he is ready to grasp his opportunity, should he get the nod for Friday.

“Rob is a mature player with an equable temperament who has been on the verge of higher honours for some time, and I note his achievements for Victoria were recognised last year when he was named State Player of the Year at the Allan Border Medal evening.”

The Proteas batsmen got a good workout in their warm-up match, with Graeme Smith notching up 60 before retiring out and Hashim Amla adding 53 before he also retired out.

“Time in the middle is invaluable, no matter what the state of the wicket,” Amla said.

“Graeme (Smith), Alviro (Petersen) and I would without a doubt take the middle practice over a net practice. There is no practice like match practice, and fortunately it has been good for us.”

The bowlers had some good practice, too, with Dale Steyn picking up three wickets and new call-up Rory Kleinveldt also getting some time out in the middle and picking up two scalps. Imran Tahir bowled 40 overs, and while he picked up two wickets, he went for 157 runs.

Steyn was by far the most impressive, having fired five overs of such feverish pace Jacques Rudolph described the display as the quickest he’s seen in six or seven years. With Brisbane expected to be a field day for fast bowlers, South Africa might very well be tempted to drop Tahir and opt for the all-pace attack.

The first Test begins at the Gabba on Friday, and excitement levels are already at fever pitch level.  South Africa has started its quest to defend the number-one ranking while Australia, currently ranked third, can displace the Proteas at the top if it wins the series – assuming England does not win its series in India by a very broad margin. DM