Jack to the future: the Beanstalk gets a revamp

Jack to the future: the Beanstalk gets a revamp 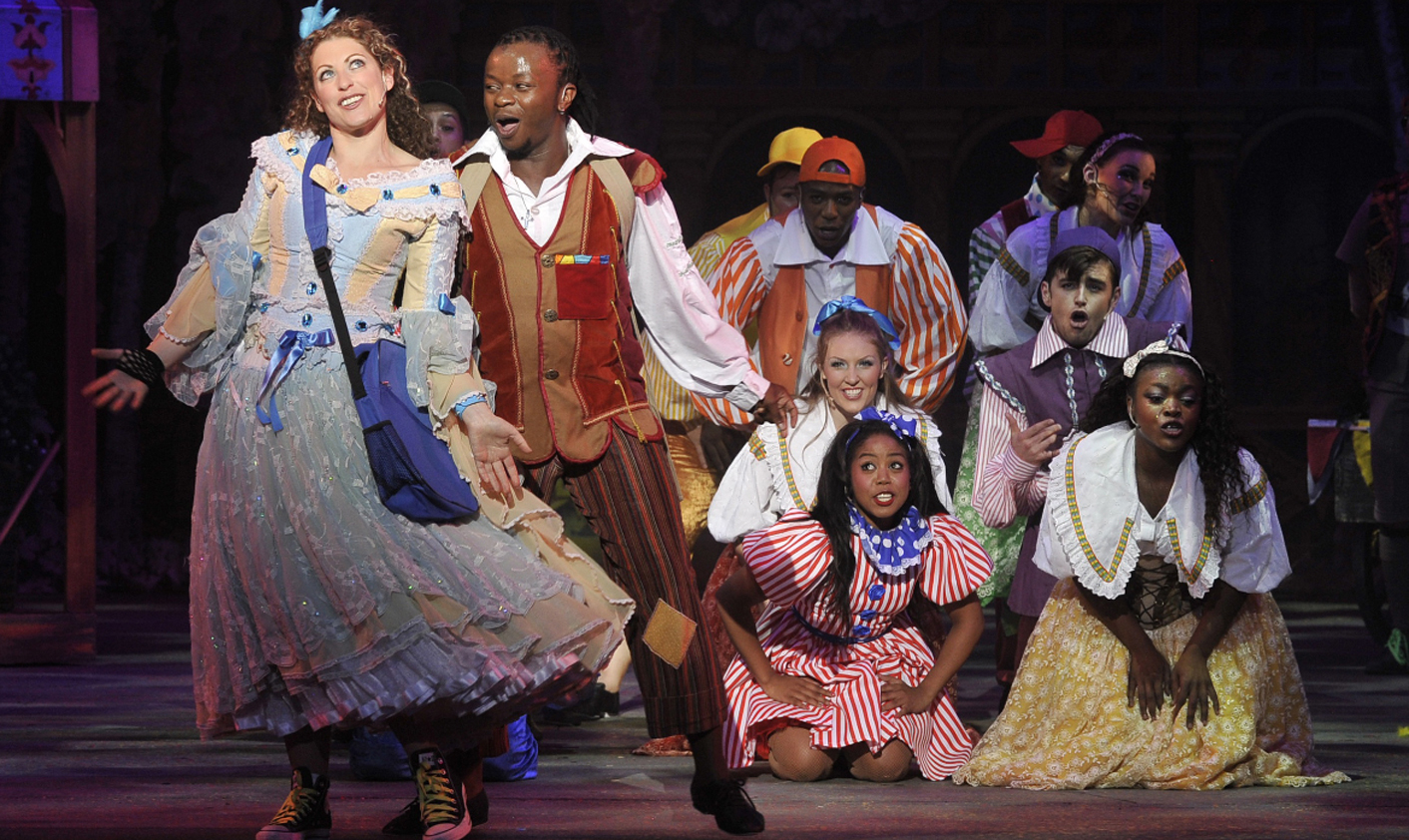 Panto is panto, and you’re either a fan or you’re not. Usually. But even for critics, it’s hard not to love Janice Honeyman’s 26th foray into the genre, a rollicking remake of Jack and the Beanstalk. By LESLEY STONES.

For a moment it looked like we were going to get away without any communal singing. (You know the stuff: where the man in a dress divides the audience into two and each side raucously tries to out-sing the other.) Then the song sheet appeared and everything in panto-land was as it should be.

Jack and the Beanstalk is the 26th panto produced by Janice Honeyman, and it’s as formulaic as ever. There’s the man playing the dame, the snarling villain, the fading fairy and good triumphing over evil. All wrapped up in the most splendid costumes and unfolding in front of exotic and ever-changing scenery. There’s plenty of lively singing and dancing and – if Honeyman is on form – a healthy smattering of topical jokes and enough satire and innuendo to keep the adults happy. The good news is she’s certainly on form this season, and Jack and the Beanstalk rips along at a cracking pace.

I discovered this year that all the costumes and scenery are hired from a giant panto warehouse in the UK, and it’s easy to see why. The non-human star of the show is a magnificent moving model of a giant, and the cast gets through about 50 ostentatious outfits. There must be some odd conversations when customs officials crack open the boxes at immigration, but it saves years of painstaking set and costume creation.

The basic story has a village under siege by a giant demanding gold or a tasty human for his supper, forcing Jack (Bongi Mthombeni) to sell his cow at the market. He’s tricked into accepting a bag of beans from wicked Henry Hideosa (Tobie Cronjé), earning him a klap from his mother Dame Dudu Dludlu (Desmond Dube) for being so daft. But the beans shoot up into the sky, Jack catches a sparkler-powered lift into the clouds, slays the giant, and rescues the delightful Raspberry Rose (Carly Graeme). Everyone has tremendous fun along the way, helped along nicely by Louise Saint-Claire as the fairy and David Clatworthy who is fabulous as the verbose municipal manager.

It’s hard to pin down exactly what makes it so entertaining this year. Certainly on the opening night there was a palpable energy and vibrancy from the entire cast. It’s visually gorgeous with plenty of action to excite the kids, and the script is peppered with topical one-liners. Honeyman has stepped up the sauciness too so the adults have more to laugh at. The special effects all work beautifully and the songs have been chosen well to fit in with the story.

Above all, though, the main characters just make it such good fun. Dube is wonderfully flippant as the harried dame and Cronjé is clearly having a ball as the lithe and loathsome baddie. Mthombeni and Graeme make a lovely couple as Jack and Raspberry, and have fine singing voices, as do the rest of the crew.

In between we have a very funny flock of fairies, some shameless punts for the sponsors that are managed with good humour, and lots of attractive choreography.

It’s a good job that the cast and the script are so strong, otherwise the magnificent sets would have stolen the scene completely.

*Jack and the Beanstalk runs at Joburg Theatre until December 30.