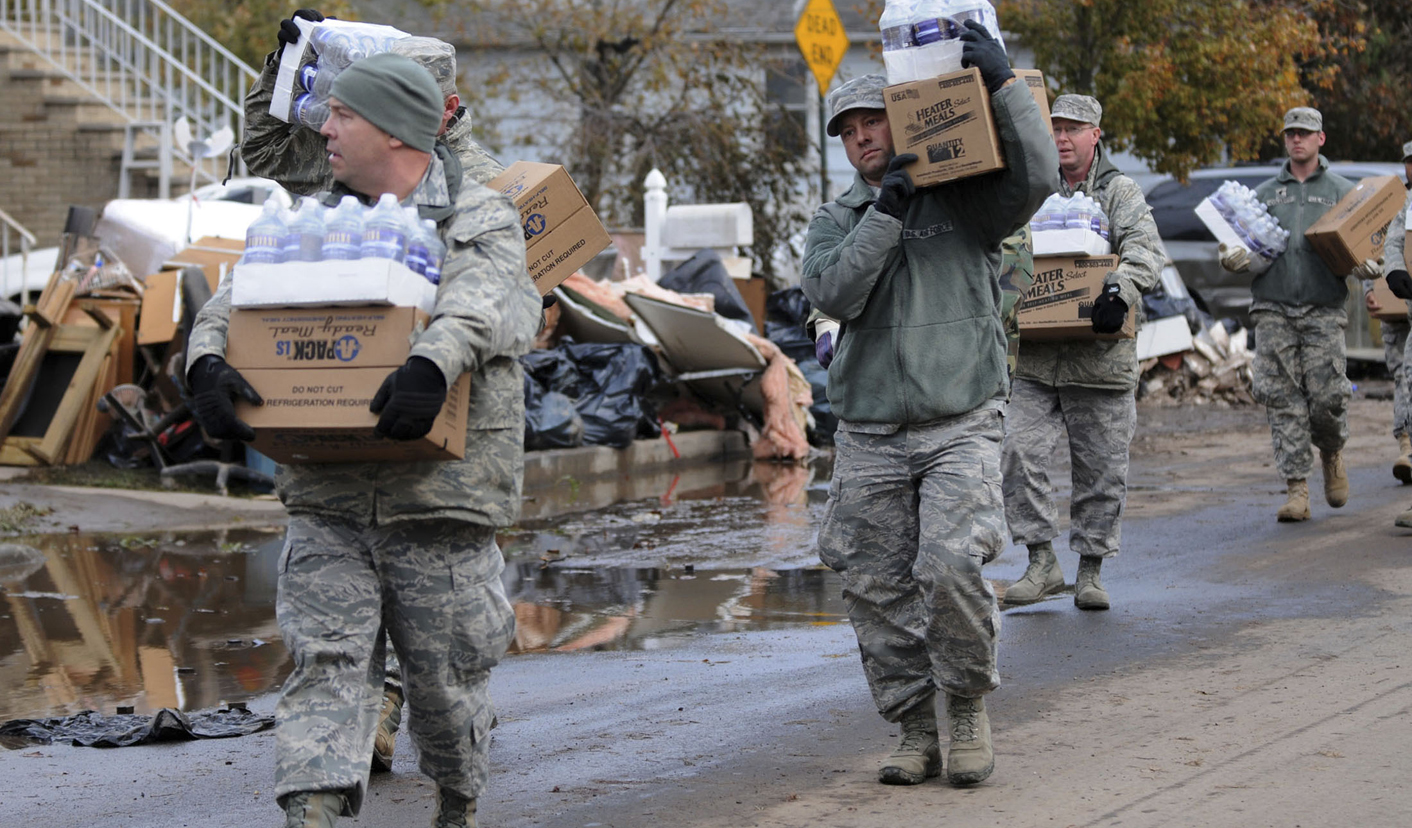 A housing crisis loomed in New York City as victims of superstorm Sandy struggled on Sunday against near-freezing temperatures and officials fretted that displaced voters would not be able to cast ballots in Tuesday's presidential election. By Robin Respaut and Atossa Araxia Abrahamian.

Fuel shortages and power outages lingered nearly a week after one of the worst storms in U.S. history flooded homes in coastal neighborhoods, leaving many without heat and in need of shelter. Mayor Michael Bloomberg said 30,000 to 40,000 people in New York City alone would need housing.

Overnight, at least two more bodies were found in New Jersey as the overall U.S. death toll from Sandy climbed to at least 111.

“People are in homes that are uninhabitable,” New York Governor Andrew Cuomo said alongside Bloomberg at a news conference. “People don’t like to leave their home, but the reality is going to be in the temperature.”

Officials were figuring out how to provide short- and long-term housing for tens of thousands of people, Cuomo said, without giving details about where the displaced would be housed.

Temperatures dipped to 39 Fahrenheit (4 degrees Celsius) early on Sunday morning in New York City, the lowest in days, with freezing temperatures expected on Monday. An early-season “Nor’easter” storm was expected to hit the battered New England coast this week with strong winds and heavy rain.

Fuel supplies continued to rumble toward disaster zones and electricity was slowly returning to darkened neighborhoods, after the storm hit the coast last Monday.

It would be days before power is fully restored and fuel shortages end, Bloomberg said. Cuomo said fuel shortages are improving but problems will persist for “a number of days.”

Bloomberg on Friday abruptly called off the city’s marathon, which was set for Sunday, bowing to criticism that the event would divert resources from flood-ravaged neighborhoods. Instead, hundreds of runners set off on informal runs to deliver food and clothes to the borough of Staten Island and other hard-hit areas.

Power restorations over the weekend relit the skyline in Lower Manhattan for the first time in nearly a week and allowed 80 percent of the New York City subway service to resume. Some 1.9 million homes and business still lacked power across the Northeast on Sunday, down from 2.5 million on Saturday.

Officials have expressed concern about getting voters displaced by Sandy to polling stations for Tuesday’s election. Scores of voting centers were rendered useless by the record surge of seawater in New York and New Jersey.

Bloomberg said the Board of Elections has “real problems,” and that the city will do “anything we can” to get people to the polls.

Some voters in New York could be casting their ballots in tents. New Jersey is allowing voters displaced by Sandy to vote by email.

An NBC/Wall Street Journal poll released on Sunday found that 68 percent of those surveyed approved of how Obama handled Sandy and just 15 percent disapproved.

The post-storm chaos in the region has overshadowed the final days of campaigning.

“I’m not thinking about the election too much right now,” said Frank Carrol, 59, a retired New York City transit worker who lives in Staten Island. He planned to vote, but did not know if his local polling station would even be open. “We’ll stop by and see what happens,” Carrol said.

New Jersey authorities also took the uncommon step of declaring that any voter displaced from their home by Sandy would be designated an overseas voter, which allows them to submit an absentee vote by fax or email.

The two new deaths in New Jersey – where the storm came ashore last Monday night – included a 71-year-old man who suffered from hypothermia and a 55-year-old man who died from smoke inhalation in a house fire, police said on Sunday.

That raised New Jersey’s death toll to 24 while the New York City death count was 40.

Sandy killed 69 people in the Caribbean before turning north and hammering the U.S. Eastern Seaboard on Monday with 80 mile-per-hour (130-kph) winds and a record surge of seawater that swallowed oceanside communities in New Jersey and New York, and flooded streets and subway tunnels in New York City.

Subway-system electronics are damaged from sea water and some stations remained underwater, a spokeswoman said.

New York City’s overstretched police got a break with the cancellation of Sunday’s marathon, a popular annual race expected to draw more than 40,000 runners to the city.

More than 1,000 people, many of whom had planned to run the race, crowded onto two Staten Island Ferry boats early on Sunday, headed to the stricken borough with relief supplies including food and plastic bags to help residents store belongings from damaged or destroyed homes.

Lara Duerrschmid, 27, was among the marathon runners boarding a ferry to help residents of Staten Island. “I know it’s going to be tough to see (the damage), but I just wanted to do something good,” she said.

New York’s Central Park also was crowded with runners near what would have been the marathon’s finish line, scores of them shivering in the cold. A group called run4allcauses was collecting donations for Sandy victims.

Tight gasoline supplies have tested the patience of drivers – fistfights have broken out in mile-long (1.6 km) lines of cars – but a reopened New York Harbor meant fuel was reaching terminals.

Despite the slow return of power across the region, a quarter of New Jersey and almost a tenth of New York remained in the dark, the Department of Energy said. Just after Sandy tore across the densely populated area, more than 8.5 million customers were without power. DM

Photo: New York Air National Guard Master Sgt. Thomas Moade (L) leads other members of the 174th as well as members of the New York Army Guard in taking water and cases of food to local residents in Staten Island in this November 2, 2012 handout photo obtained by Reuters November 3. The food and water was provided to people who needed assistance after hurricane Sandy took down power lines and caused massive destruction to many homes in the area leaving families desperate for help. REUTERS/New York Air National Guard/Jeremy M. Call