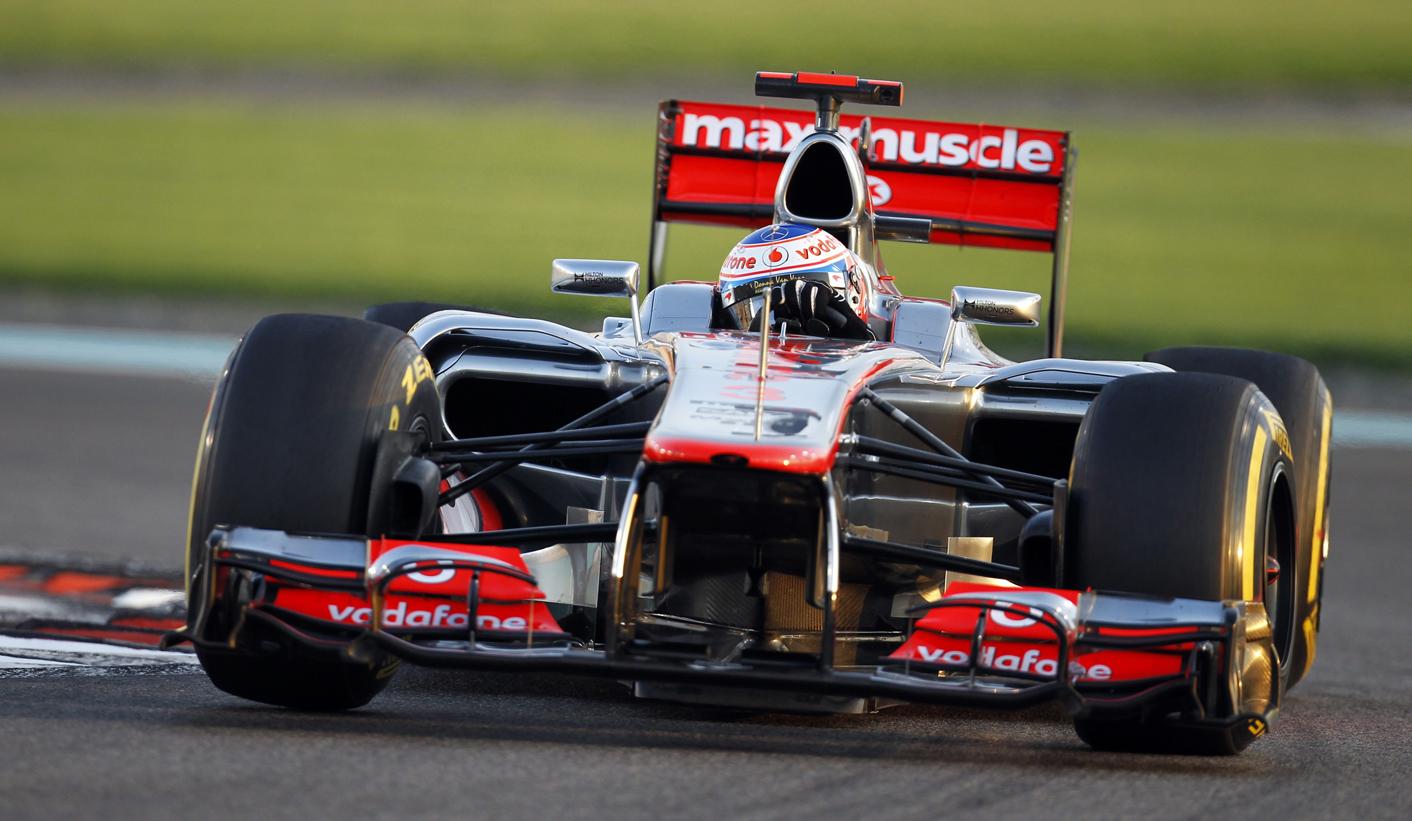 Kimi Raikkonen won an Abu Dhabi Grand Prix thriller for Lotus on Sunday while Red Bull's Sebastian Vettel defended his Formula One championship lead by fighting sensationally through the field from last place to third. By Alan Baldwin.

Ferrari’s Fernando Alonso finished runner-up, just 0.8 seconds behind the Finn after reeling him in with a string of fastest laps, to close the gap with Vettel to 10 points with two races remaining.

On an evening with a huge crash, two safety car interludes and a string of retirements including McLaren’s Lewis Hamilton while leading from pole position, the floodlit Yas Marina circuit hosted one of the sport’s great races and kept the stewards busy.

The victory was Raikkonen’s first since 2009 when the 2007 world champion won in Belgium, the 19th of his career, and made him the eighth different driver to triumph in 18 races so far this season. He stopped just once.

Vettel, who had to start from the pit lane due to a fuel irregularity and finally set the fastest lap of what he called a ‘crazy race’, now has 255 points to Alonso’s 245 and can clinch a third successive title in Austin, Texas, in two weeks if results go his way.

“I went to see Sebastian before the race and he said ‘I’ll see you on the podium’,” said Red Bull team principal Christian Horner of a race in which Vettel’s run of four successive wins come to an end but added considerably to his reputation as a true champion.

“I think it’s one of the best of his career. He really went for it. To go from pit lane to podium is phenomenal.”

Red Bull could have clinched the constructors’ championship for the third year in a row on Sunday but were made to wait after Australian Mark Webber crashed out. They now have 422 points to Ferrari’s 340 with 86 remaining to be won.

Vettel, who had led every lap of the last three races, and Alonso are the only drivers still in contention for the title with Raikkonen third overall but 57 behind Red Bull’s 25-year-old German.

Raikkonen, a man who has always done his talking on the track, swigged from his bottle of fizzy non-alcoholic rose water on the podium as the other two sprayed theirs at him.

Asked in front of the crowd by retired McLaren team mate David Coulthard what it was like to win again, the 33-year-old Finn replied in the deadpan fashion his myriad fans have come to love: “Not much really.

“Last time you guys were giving me grief because I didn’t smile enough but I’m happy for the team. It’s been a hard season and not easy times lately,” he added. “Hopefully this will give everyone belief and turn the tables so we can win more races, if not this year then next year.”

Raikkonen, who had signed a contract extension before arriving in Abu Dhabi, had seized second place at the start and inherited the lead after Hamilton slowed and pulled over after 20 of the 55 laps.

When the team advised Raikkonen of the gap between him and his rivals, the Finn was typically blunt: “Leave me alone, I know what to do,” he told his engineer.

“Yes, yes, yes, I do it all the time,” he added later on when they reminded him to warm the tyres.

The win was the first since 1987 by a car racing under the Lotus name, although the new Lotus is effectively the old championship-winning Renault outfit that Alonso took his two titles with.

Vettel’s performance matched Raikkonen’s for emotion, with Red Bull changing the 25-year-old’s gearbox and suspension to more aggressive settings before the race.

His was a roller-coaster evening, forced to pit for a new front wing after he hit a trackside marker board while weaving behind Toro Rosso’s Australian Daniel Ricciardo with the first safety car on track.

The safety car was deployed on the ninth lap following a dramatic flying smash when Germany’s Nico Rosberg piled into the back of Indian Narain Karthikeyan’s HRT that had suddenly lost hydraulic pressure.

Rosberg’s Mercedes was pitched into the air and over the Indian before plunging backwards into the safety barriers. Both drivers walked away unhurt with debris strewn across the track.

The second safety car period, which set up Vettel’s final chase, followed a multi-car collision that ended Webber’s race along with that of Raikkonen’s unfortunate French team mate Romain Grosjean.