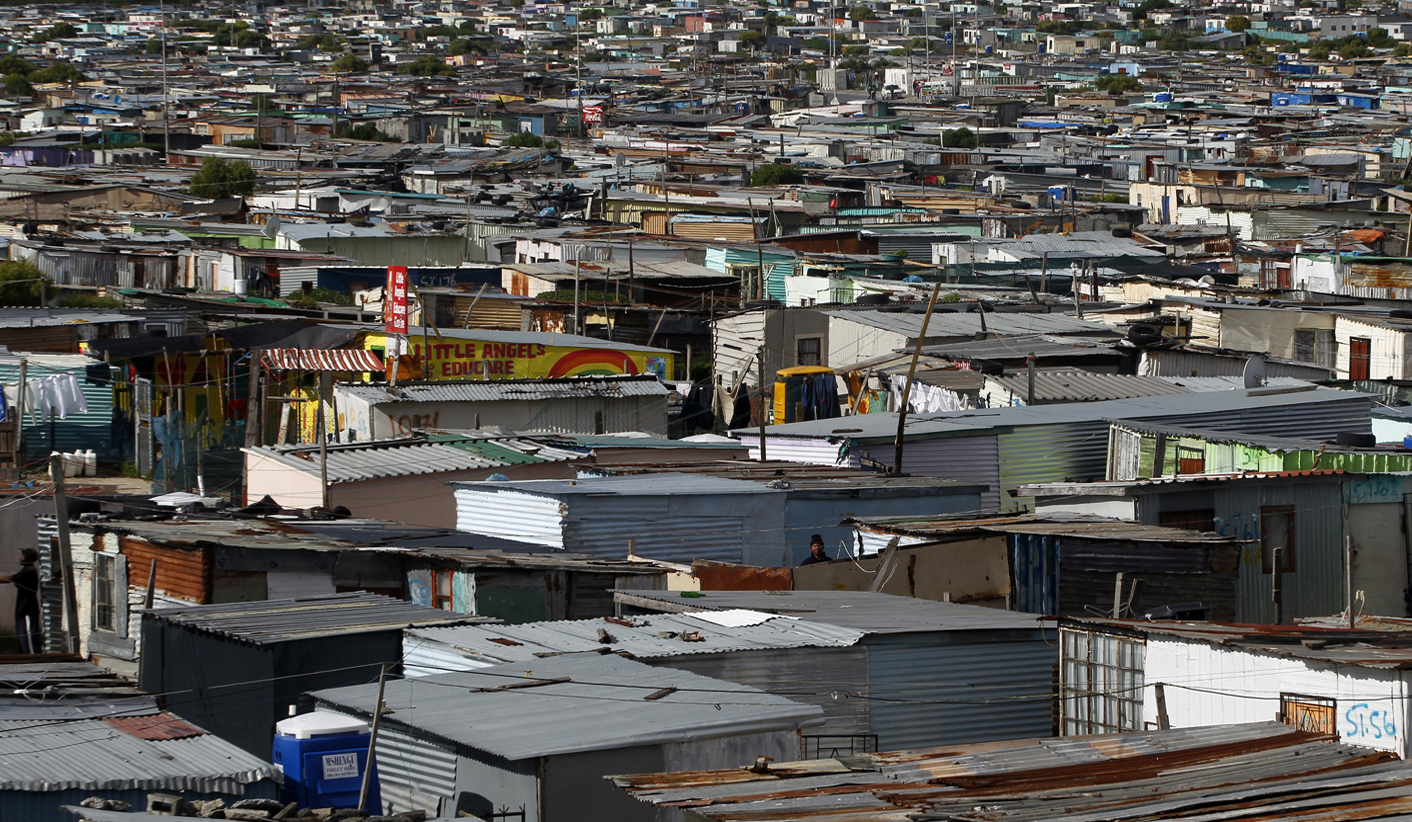 Social justice organisations have been lobbying for a commission of inquiry into the state of policing in Khayelitsha, where vigilante killings are a source of great concern. Premier Helen Zille has now established one, but it looks like Police Minister Nathi Mthethwa will do everything in his power to stop the inquiry going ahead. By REBECCA DAVIS.

The Farlam Commission into police actions at Marikana has been dominating the news to such an extent that it may have escaped your attention that another police-focused commission is trying to get off the ground in the Western Cape. For the past two years, five civil society organisations – including the Social Justice Coalition and the Treatment Action Campaign – have been lobbying Premier Helen Zille to set up a commission into policing within the informal settlement of Khayelitsha, where it has been clear for some time that something is going terribly wrong.

Khayelitsha is said to be the largest and fastest-growing township in South Africa. Unlike more affluent areas of the country, it has experienced steady increases in types of crime that elsewhere are on the decrease, like homicide. Over the past year it has also witnessed a shocking increase in the number of vigilante mob killings. The official figure is 18, but the Social Justice Coalition’s Gavin Silber said there is reason to believe the real number is higher.

“From what we hear from our sources who work in mortuaries and hospitals in Khayelitsha, there have probably been well above 20,” Silber told Daily Maverick. He attributed the mob justice to the fact that faith in the police within the community has dropped to historic lows.

“Over the years, we have collected scores of testimonies to the effect that the policing and justice system is failing Khayelitsha on a number of levels,” Silber said. “When people report crimes they are often turned away or treated poorly. There are complaints about police not serving their duty to protect, but rather abusing their power.” There have been recent reports of police beating suspected teenage gang members and even innocent spectators of gang fights.

Silber said a further problem is that police officers are often confused with the Anti-Land Invasion Unit, established in 2008 by the City of Cape Town to prevent the illegal occupation of city and provincial land. The unit demolishes around 300 illegally-erected structures per month. “People see the police coming and think they are there not to protect them, but to evict them,” Silber said.

Another issue is how overwhelmed police are with the sheer scale of their work. “If you compare the case load of detectives in Khayelitsha versus detectives in the city centre – they are tremendously overburdened,” Silber said. “They often simply don’t have the necessary time.”

But Silber said the problem doesn’t lie solely with the police. It extends to the wider criminal justice landscape. “The overstrained court system means that cases drag on,” he said, citing the case of Zoliswa Nkonyana, an openly gay woman stoned to death in 2006 and whose killers were convicted more than six years after her death after around 50 court postponements. “People frequently escape from holding cells, and often evidence goes missing. So the issue is not just with policing, but the whole justice and safety system.”

Silber’s Social Justice Coalition has collected 60 affidavits from community members who have experienced problems of the kind outlined above. The organisation has been trying to engage with the police for two years, Silber said. “We have sent them an enormous amount of correspondence,” he said, fruitlessly, until August, when Western Cape Premier Helen Zille acceded to pressure from civil society to set up an inquiry into Khayelitsha policing. The commission, to be headed by retired Judge Kate O’Regan and advocate Vusi Pikoli. Public, is to hold hearings between 12 November and 14 December and deliver a full report by 24 February 2013.

But not everybody was pleased. Specifically, Police Minister Nathi Mthethwa, who asked Zille to call off the commission before it was due to convene for the first time in October. Mthethwa called the commission “premature and unnecessary”, and together with National Police Commissioner Riah Phiyega made it clear that the SAPS regarded the commission as an “act of aggression” against the police force. Mthethwa had a better idea: why not let the police run its own investigation into Khayelitsha policing?

This would be missing the whole point of the O’Regan Commission, critics said: independence. “We want the commission to give an independent assessment of where the problems lie, and make recommendations of where to plug the holes,” Silber said. “In the past we have gone to various departments, and the buck is quickly passed, which is what we fear would happen if the police carried out an internal investigation.”

Zille did consider Mthethwa’s request, however. She consulted with the Women’s Legal Centre, and asked the police to submit details of what their own investigation would constitute. Their plan was reportedly extremely information-light, however, so while Zille awaited expansion and clarification of their proposal, she decided to allow the original commission to stand.

Mthethwa is so determined to stop the commission, however, that he has now opted for the legal route, announcing on Wednesday that papers would be filed at the Western Cape High Court to halt the inquiry. He now claims that police were not allowed sufficient time to respond and were not consulted properly on the matter. Sanja Bornman, of the Women’s Legal Centre, told Daily Maverick that the allegation was entirely without merit. “The police have had ample time. They have known about this all from the 28th of November last year, so it’s impossible that they’re saying they didn’t know,” Bornman said. “We sought their participation throughout.”

The crux of the matter, though, is that Mthethwa thinks Zille has sinister political motives in calling for the inquiry. “The rationale behind setting up such a commission, which at a strategic level only focuses on the South African Police Service and not the Western Cape Metro police, is suspicious if not questionable,” Mthethwa said on Wednesday.

The decision by Zille to exclude the Metro police (which are employed by the City of Cape Town rather than SAPS) from the investigation has also been opposed by the social justice organisations. Both Silber and Bornman believe the Metro cops should be included. “Otherwise we’ll just be examining one part of the puzzle,” Silber said. From a perception perspective, excluding the Metro police makes it look like Zille is trying to protect her own. But Zak Mbhele, Zille’s spokesman, insisted that this is not the case.

“The premier did not include the Metro Police in the commission for clear reasons,” Mbhele told Daily Maverick. “The SAPS Act specifically grants power to Community Safety Minister Dan Plato to investigate and deal with complaints against the Metro Police, which he is doing. When Premier Zille first received the (Women’s Legal Centre’s submission), it was immediately forwarded to the City for comments and a response was timeously provided. In contrast, the SAPS failed to respond at all, despite having been given eight months to respond to the complaints against it, including three deadline extensions. Given the aforementioned, the Metro Police would have been within its rights to legally challenge its inclusion in the terms of reference of the commission had she included them.”

Mbhele also denied that the commission is a police witch-hunt. “The commission is not meant to be hostile, nor should the SAPS see it as such,” he said. “To the contrary, the commission is intended to be helpful to the police because it will uncover whether and where the police are underperforming in Khayelitsha and put forward recommendations to improve the police services and achieve better policing.”

It’s clear that Mthethwa’s legal application is an attempt to delay the start of the inquiry. Zille is waiting to see the papers from Mthethwa before she responds to them. For the social justice organisations that have fought for the inquiry to take place, these stalling manoeuvres are extremely frustrating.

“For the minister to accuse the premier of being politically motivated, and for the premier to not want to include the Metro cops, is not productive,” Silber said. “People on both sides are playing politics, but this is a very serious situation. People’s lives are at stake.” DM