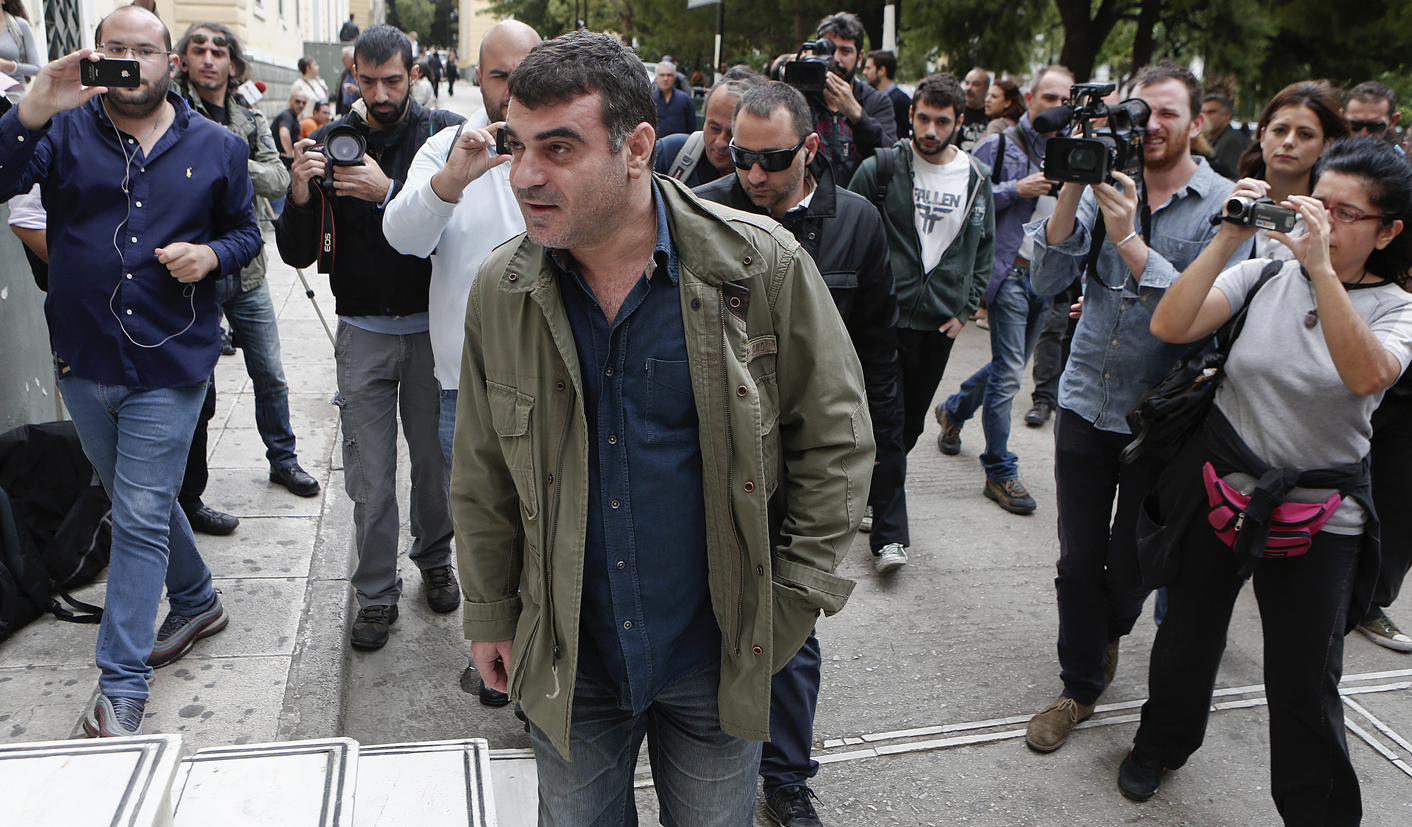 A journalist on trial for publishing the names of more than 2,000 wealthy Greeks with Swiss bank accounts described the case on Thursday as vengeful and politically motivated. By Renee Maltezou.

Costas Vaxevanis faces up to two years in jail if convicted of breaking data privacy laws. The case has touched a nerve in near-bankrupt Greece, where rampant tax evasion is undermining a struggle to cut public costs and raise revenue under an EU/IMF bailout deal.

His speedy arrest and trial following publication at the weekend has enraged many here, already furious over consecutive governments’ failure to crack down on a rich elite while years of recession have wiped out a fifth of economic output and hammered middle-class living standards.

Vaxevanis, editor of the “Hot Doc” weekly, was surrounded by fellow journalists and other supporters who packed the Athens courtroom as his lawyers began their defence.

They argued the prosecution had charged him without any of those on the list having filed a complaint about privacy violation, a rare occurrence in a freedom of speech or defamation case in Greece.

“There isn’t the slightest bit of evidence to support the charges,” he told Reuters during a recess.

“Obviously there are political motives. You see most of the names on the list are friends of the political system.”

He has said an anonymous source gave him the so-called “Lagarde list”, which International Monetary Fund head Christine Lagarde handed to authorities in several EU countries in 2010 when she was French finance minister.

Another newspaper, daily Ta Nea, devoted 10 pages to publishing the 2,059 names, which include several politicians as well as many businessmen, shipping magnates, doctors, lawyers and housewives.

It said the accounts had held about 2 billion euros ($2.59 billion) until 2007, but also made clear that there was no evidence any of them had broken tax evasion laws.

Prime Minister Antonis Samaras’s government has not commented on the accuracy of the list, which Greek officials say was stolen by a former employee of HSBC bank.

Two former finance ministers have acknowledged they had copies of the list in the past.

According to an EU report published last year, Greece has about 60 billion euros in unpaid taxes, an amount equal to roughly a quarter of its economy and almost a sixth of its debt.

Greece has so far failed to convict any big names of tax evasion, further alienating voters from a political class that promised to force wealthy avoiders to share some of the pain of the debt crisis.

“I came here to stand by Vaxevanis because I think it’s unacceptable to charge someone for revealing this list and not chase those who were hiding it all those years,” said Stella Vergeti, a 60-year-old dentist at the courthouse.

Jim Boumelha, president of the International Federation of Journalists, came from London to testify in Vaxevanis’s defence.

“The whole issue is absurd. Nobody understands how someone who published a list which was almost in the public domain is being prosecuted,” Boumelha told Reuters. “I think they are making a political case against him.” DM

Photo: Greek editor Costas Vaxevanis (C) arrives at a court in Athens October 29, 2012. A major Greek newspaper reprinted the names of more than 2,000 wealthy Greeks with Swiss bank accounts on Monday as Vaxevanis who first published the list was to go on trial for violating data privacy laws. REUTERS/Yorgos Karahalis