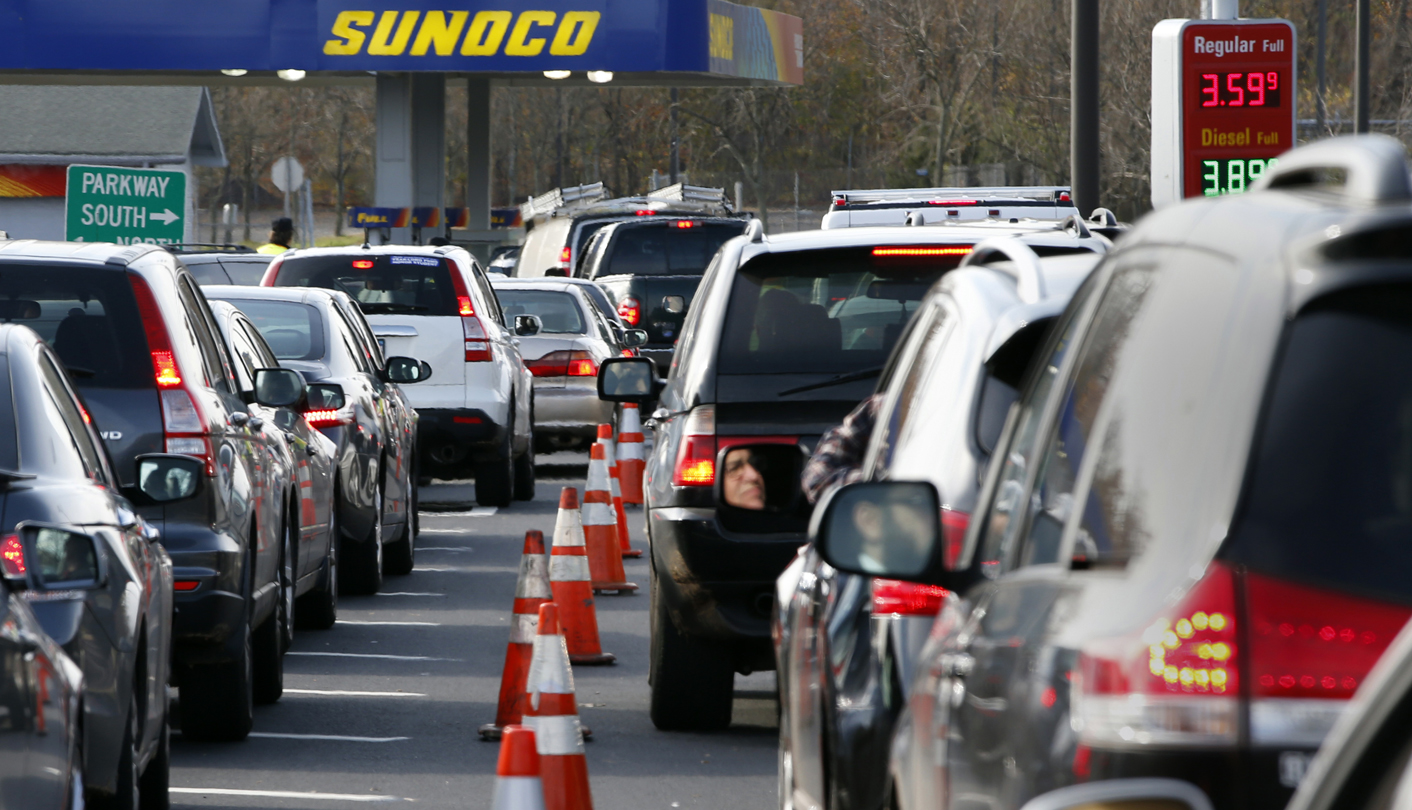 New Yorkers awoke to the rumble of subway trains for the first time in four days on Thursday and the death toll continued to rise from the former hurricane Sandy, one of the biggest and most devastating storms ever to hit the United States. By Edward Krudy.

Lines formed at gas stations amid fuel shortages around the U.S. Northeast and emergency utility crews struggled to reach the worst hit areas and restore power to millions of people.

At least 82 people in North America died in the superstorm, which ravaged the northeastern United States on Monday night, and officials said the count could climb higher as rescuers searched house-to-house through coastal towns.

More deaths were recorded overnight as the extent of destruction became clearer in the New York City borough of Staten Island, where the storm lifted whole houses off their foundations.

Authorities recovered 15 bodies from Staten Island. Among those still missing were two boys aged 4 and 2 who were swept from their mother’s arms by the floodwaters, the New York Post reported. In all, 34 people died in New York City.

In hard-hit New Jersey, where oceanside towns saw entire neighborhoods swallowed by seawater and the Atlantic City boardwalk was destroyed, the death toll doubled to 12.

Sandy started as a late-season hurricane in the Caribbean, where it killed 69 people, before smashing ashore in the United States with 80 mph (130 kph) winds. It stretched from the Carolinas to Connecticut and was the largest storm by area to hit the United States in decades.

About 4.7 million homes and businesses in 15 U.S. states were without power on Thursday, down from a high of nearly 8.5 million, which surpassed the record 8.4 million customers who went dark from last year’s Hurricane Irene.

Sandy made landfall in New Jersey with a full moon around high tide, creating a record storm surge that flooded lower Manhattan. By Thursday, the storm had dissipated over the North American mainland.

After a three-day hiatus, President Barack Obama was due to return to the campaign trail on Thursday, boosted in his re-election bid by a resounding endorsement of his disaster response from the Republican governor of New Jersey.

The Democratic incumbent, tied in polls with Mitt Romney before Tuesday’s election, begins a two-day trip to the swing states of Colorado, Ohio and Nevada while his Republican challenger travels to Virginia.

Obama viewed flooded and sand-swept New Jersey shore communities on a helicopter tour of the state with Republican Governor Chris Christie on Wednesday.

“The entire country’s been watching. Everyone knows how hard Jersey has been hit,” Obama told people at an evacuation shelter in the town of Brigantine.

In New York, limited train service returned on some train and subway lines, but more than half of the gas stations in the city and neighboring New Jersey remained shut due to power outages and depleted fuel supplies. Even before dawn, long lines formed at gas stations that were expected to open.

Fuel supplies into New York and New Jersey were being choked off in several ways. Two refineries that make up a quarter of the region’s refining capacity were still idle due to power outages or flooding. The New York Harbor waterway that imports a fifth of the area’s fuel was still closed to traffic, and major import terminals were damaged and powerless.

In addition, the main oil pipeline from the Gulf Coast, which pumps 15 percent of the East Coast’s fuel, remained shut.

Matthew Gessler of Brooklyn went to Breezy Point, a New York neighborhood where fire destroyed 111 homes, to inspect damage to his mother’s house. Like others, he likened it to a war zone.

He said you could take a picture of the devastation and say it was the Middle East “and no one would doubt you at all.”

In Jersey City, across the Hudson River from New York, drivers negotiated intersections without the aid of traffic lights. Shops were shuttered and lines formed outside pharmacies while people piled sodden mattresses and furniture along the side of the roads. The city has issued a curfew on people as well as a driving ban from 7 p.m. to 7 a.m.

New Yorkers faced an easier commute as the subway system resumed limited operations. But four of the seven subway tunnels under the East River remained flooded and there was no service in Manhattan below 34th Street, where the power is still out.

Subway rides were free as authorities encouraged commuters to use mass transit rather than drive. Mayor Michael Bloomberg and state Governor Andrew Cuomo said private cars must carry at least three people in order to enter New York, after the city was clogged by traffic on Wednesday.

Photo: Cars wait in long lines at a Sunoco gas station on the Garden State Parkway in Montvale, New Jersey November 1, 2012. Lines formed at gas stations amid fuel shortages around the U.S. Northeast and emergency utility crews struggled to reach the worst hit areas and restore power to millions of people affected by Hurricane Sandy. At least 82 people in North America died in the superstorm, which ravaged the northeastern United States on Monday night. REUTERS/Mike Segar