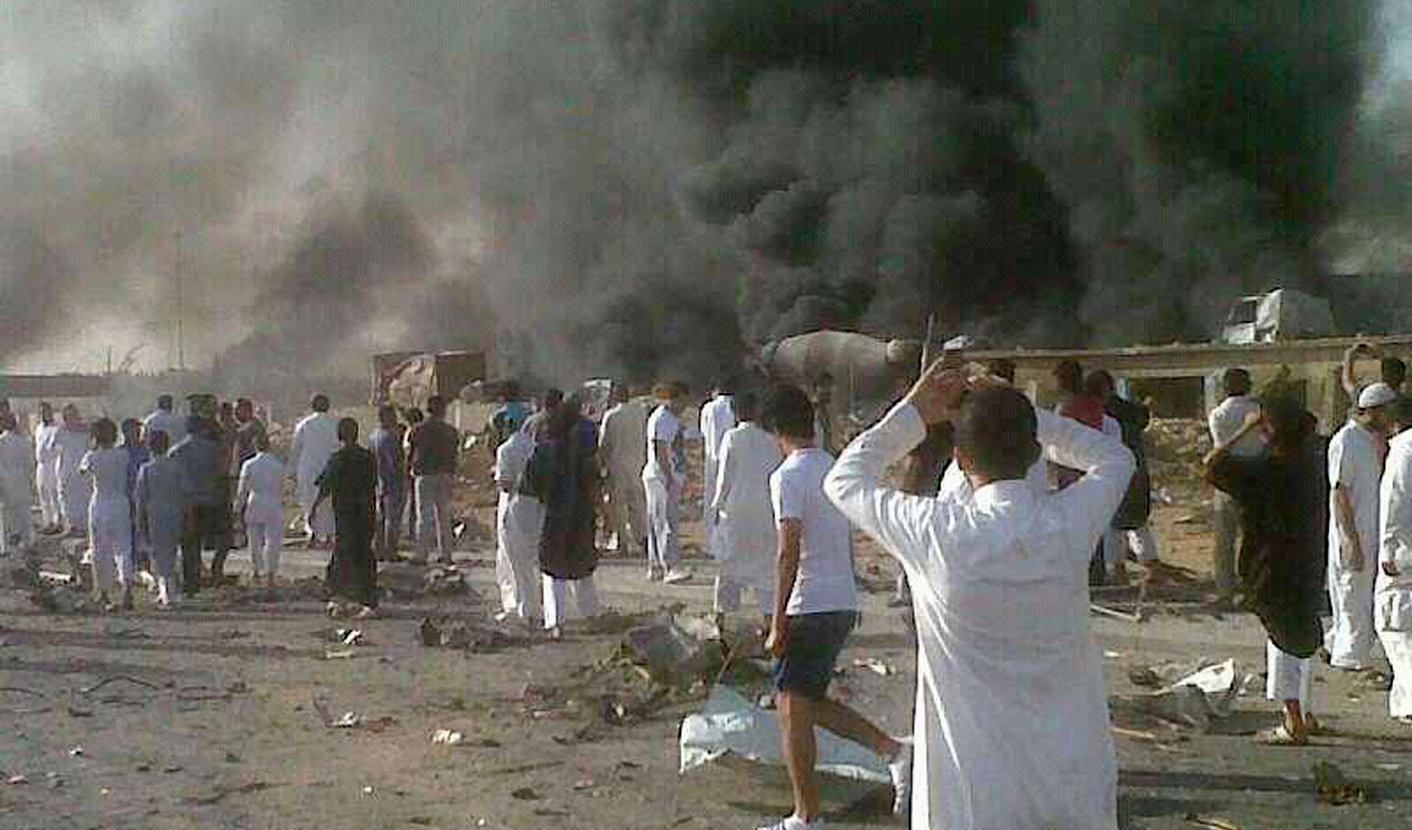 At least 23 people were killed when a fuel truck crashed into a flyover in the Saudi capital Riyadh on Thursday, triggering an explosion that brought down an industrial building and set fire to nearby vehicles. By Angus McDowall.

State-owned Ekhbariya television news channel reported on that the death toll had risen to 23 and emergency workers were still searching the collapsed building for more victims or survivors. Health ministry spokesman Saad al-Qahtani said 135 people were injured, mostly men and including some foreigners.

Although the incident took place near the headquarters of the Saudi Arabian National Guard and the Prince Nayef Arab University for Security Studies, officials speaking on state television said it was an accident.

Neither the guards’ complex nor the security university appeared to be damaged in the blast, which flattened a showroom for tractors, bulldozers and other industrial vehicles as well as damaging a busy flyover.

U.S. ally Saudi Arabia is seen as a prime target for the al Qaeda branch based in neighbouring Yemen but the last successful attack inside the conservative Islamic kingdom was in 2006. Riyadh has cracked down on Islamist militants over the past decade, detaining thousands of suspects.

The civil defence department said a gas tanker had hit the Khureis Road flyover in eastern Riyadh, causing a gas leak and an explosion in the Zahid Tractor company’s showroom and warehouse, according to the state news agency SPA.

“The truck driver was surprised by a road accident on its route, causing it to crash into one of the pillars of the bridge,” spokesman Captain Mohamed Hubail Hammadi said.

The civil defence chief, Saed al-Tweijri, said the fire had been brought under control. He blamed the tanker driver for the accident.

The warehouse, several storeys high, was levelled by the blast, which also caused severe damage to neighbouring buildings. Rubble, twisted metal and shattered glass littered a wide stretch of the surrounding area.

“I was inside the building when the blast came. Then boom, the building collapsed. Furniture, chairs and cabinets blasted into the room I was in,” said survivor Kushnoo Akhtar, a 55-year-old Pakistani worker, who was covered in dirt and bleeding from multiple cuts on his face and hands.

“My brother is still inside under the rubble. There are lots of people in there,” he said.

The blast at around 7:20 a.m. local time occurred on one of the capital’s busiest roads but because Saudi Arabia is still observing the Eid al-Adha holiday, traffic was lighter than normal.

An hour after the explosion, fires still raged in cars and trucks nearby and a column of black smoke billowed over the area.

By Thursday evening state television was still showing a large emergency operation at the site as workers picked through the flattened building with the aid of digging machinery.

Dozens of burnt-out vehicles surrounded the scene of the blast, including a small bus and other cars on top of the flyover, which was left buckled by the explosion.

Television footage and pictures posted on social media showed a body lying beside smoking vehicles and at least two charred bodies seated in a car. Another blackened corpse was visible in the remains of a truck.

More than 100 emergency personnel were combing through the wreckage on the flyover and searching for victims in the rubble of the building, one of two Riyadh outlets listed on the website of Zahid Tractor, a distributor of heavy machinery. DM

Photo: Smoke rises after an explosion which severely damaged an industrial building in eastern Riyadh November 1, 2012. At least 10 people were killed when a fuel truck crashed into a flyover in the Saudi capital Riyadh on Thursday, triggering the explosion that caused the collapse of the industrial building, a witness and television reports said. Al Arabiya and Al Jazeera television stations reported that in addition to the deaths, at least 50 people were injured. REUTERS/Stringer