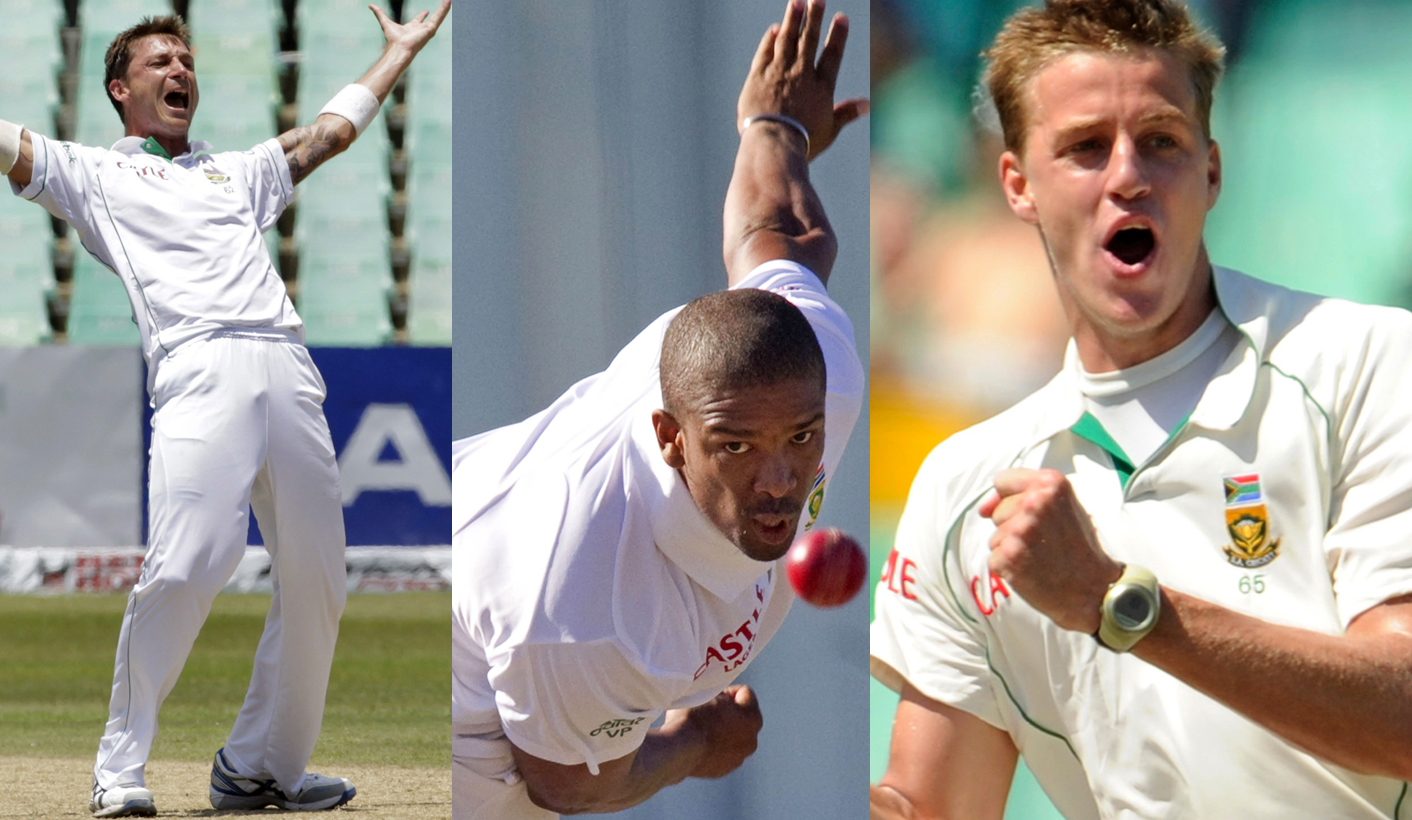 South Africa’s fast-bowling trio is one of the most feared in the world, and the coach – understandably – has nothing but praise for the pace aces. By ANT SIMS.

The last time Gary Kirsten and Allan Donald visited Sydney together, South Africa got a hammering, losing to Australia by 10 wickets. Kirsten notched up 153 in South Africa’s second innings, but things for Donald were dire. He took just one wicket and was dispatched for 131 runs.

Now the duo returns, in a different capacity this time, and Donald knows the Sydney Cricket Ground usually has a lot to offer for the batsmen.

“It’s my first time back here since 2001, and it looks like the wickets have [become] a lot bouncier than they used to be,” Donald said. “The SCG is normally a good wicket to bat on, and in a three-day game you never know what to expect.”

The Proteas will play their only warm-up match at the ground on Friday ahead of their three-Test series against Australia, and South Africa’s bowling coach wants the team to crack the whip from the word go.

“The biggest key for us is to hit the ground running. It is a good Australian A side we are playing against, and we are looking forward to it.”

The Proteas’ pace trio of Dale Steyn, Morne Morkel and Vernon Philander have become a notorious sporting version of the Three Musketeers. They are arguably the most consistent and reliable trio of bowlers in the Test arena at the moment, and Donald believes it’s a relationship which has developed gradually.

“They have been bowling together for some time,” Donald said.

“The momentum has been built over the last couple of years and the consistency in selection has helped. It is nice to have a group of guys who know what they are about, and coming to Australia is as big as it gets.”

From a technical point of view, Donald reckons length will do the trick for the pacers, especially at The Gabba, where the first kicks off next week.

“I think length is crucial. When we go to the Gabba, the length is a little bit fuller than normal; you don’t have too much time to adapt,” said the South African bowling coach.

Philander is one of the bowlers who have managed to exploit length to great effect. While there is nothing particularly fierce about Philander, he does manage to bowl a naggingly accurate length and he’s earned his reward for it. Since making his debut, the Ravensmead Wrecker has racked up 63 scalps in Test cricket at a bone-chilling average of 15.96 including ten five-fors and two ten-wicket hauls.

“It’s the telling length that he bowls consistently,” Donald said about Philander.

“He never goes away, and he locks you away as a batsman; you almost feel like you have to play at every delivery. If there is a bit of assistance in the wicket then he becomes even more of a handful.”

The Proteas are still acclimatising, although training will gather intensity as the tour rolls forth, and things will definitely pick up before they start their first Test on 9 November.

“The jetlag has gotten to the boys over the last couple of days, but today was a nice run out in the nets. We are all looking forward to Friday,” Donald added.

Alviro Petersen joined the team on Wednesday fresh off taking his Highveld Lions team to the final of the Champions League T20.

Petersen now needs to adjust to a different kind of format and for the South African opener, it’s all in how it’s perceived.

“It’s the mindset,” Petersen said about the required tweak. “It’s all about getting into the right frame of mind, making sure that duration comes into play, which is about batting for a long period of time.

“It is important that you stick to your disciplines, especially up front. It is about knowing where you have to play, what sort of areas you want to score in; you definitely put the darting of T20 cricket away.” DM