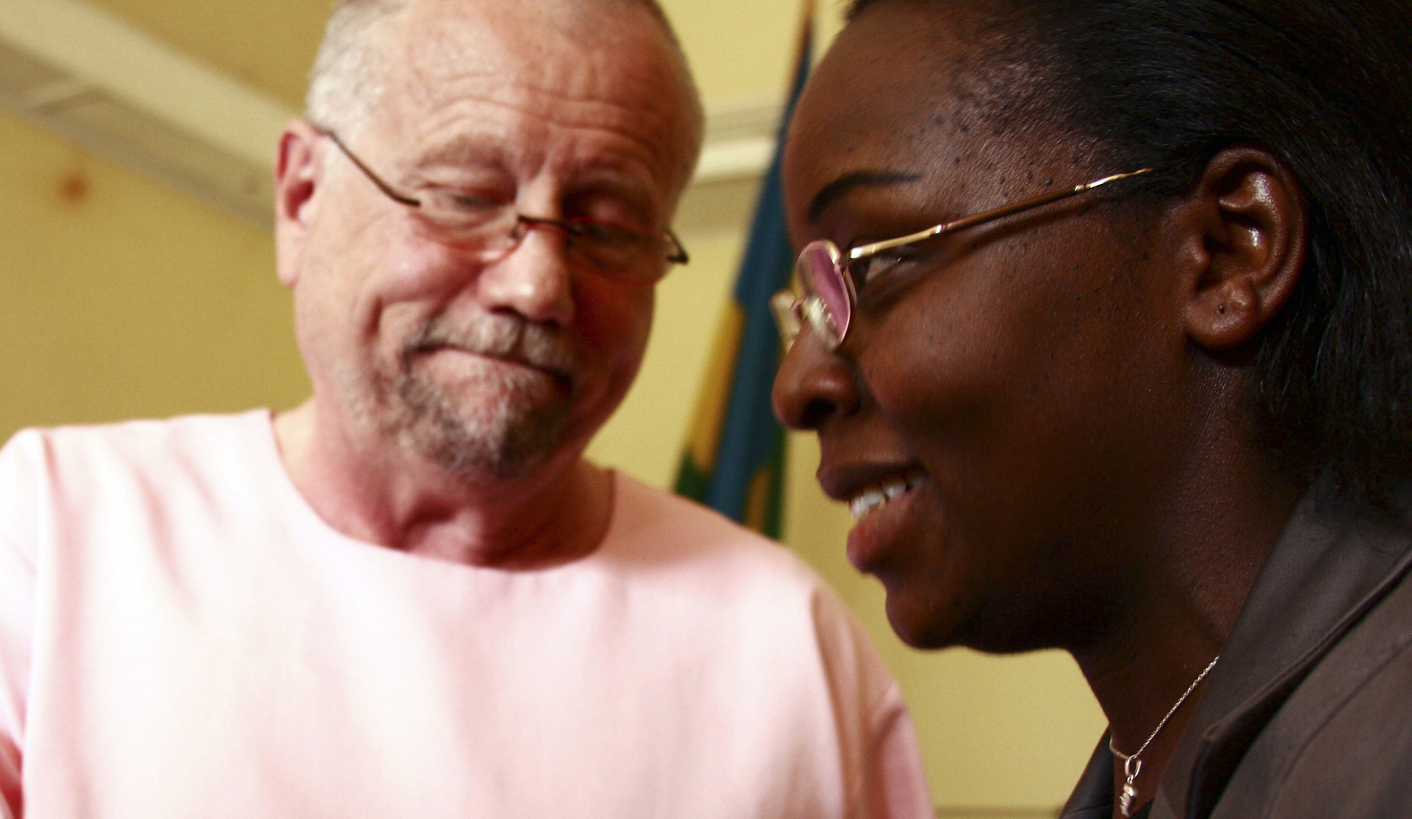 On Tuesday, Rwandan opposition leader Victoire Ingabire was sentenced to eight years in prison for treason and ‘genocide ideology’, whatever that may be. State media praised the leniency of the sentence, while the rest of us wonder whether there is in fact a line between ‘benevolent autocrat’ and ‘dictator’. By SIMON ALLISON.

There are, apparently, two people that go by the name Victoire Ingabire.

The first is a bit of a monster. A Rwandan exile, she returned to her country in 2010 intent on destroying the fragile peace that has held since the genocide in 1994. She was poking the memory of that genocide with a big, angry stick, determined to reassert tribal supremacy and undo all the good work done by President Paul Kagame’s government. “She is a criminal.…She is bad news, she is connected to the FDLR and terrorist groups and she has a criminal history,” said Louise Mushikiwabo, Rwanda’s urbane foreign minister.

The FDLR is the militia group formed, for the most part, by the genocidaires, the killers, when they were kicked out of Rwanda by Kagame’s advancing army. Since then, they’ve brought their special brand of havoc to the eastern Democratic Republic of Congo, but no one doubts that they dream of returning home. Ingabire, obviously, is trying to achieve just that: “Ingabire is like the advance party of the FDLR,” said another Rwandan minister.

It was this Victoire Ingabire who was arrested shortly after her return from exile, charged with a variety of crimes including complicity in terrorist acts and possessing and propagating a “genocide ideology”. On Tuesday, this Victoire Ingabire was convicted of genocide denial and treason, and sentenced to eight years in prison.

According to a column published in the heavily pro-government New Times newspaper, this verdict demonstrated the judicial system’s impeccable neutrality and showed Ingabire remarkable leniency: “If the courts were in the pockets of the (presidential palace) they would have thrown Mrs Ingabire into the prison and thrown away the key. After all, the public prosecutor asked the High Court to sentence her to life in prison…if that isn’t evidence of impartiality I don’t know what is,” wrote Sunny Ntayombya. (Incidentally, Ntayombya doesn’t think much of genocide deniers in general: “To call genocide deniers ‘assholes’, is an insult to assholes,” he commented on Twitter recently.)

The second Victoire Ingabire is a very different character. This one is also an exile, and also returned to Rwanda in 2010. Her intentions were rather more honourable: she was determined to challenge Kagame’s autocracy and fight for official recognition that the Rwandan genocide had affected both of Rwanda’s major ethnic groups; Kagame’s Tutsis were not the only victims in that horrific episode of history. The Hutus too had paid a heavy price, regardless of the ethnicity of the genocidaires themselves.

Before she could even register her political party or launch her campaign to challenge Kagame in the upcoming presidential elections, she had been bundled into a prison cell on trumped-up charges; another example of Rwanda’s disregard for basic human rights and even its own constitution. This culminated on Tuesday in her conviction – on scant evidence – for treason and genocide denial.

According to Human Rights Watch, this was the culmination of a flawed, politically-motivated trial. “The prosecution of Ingabire for ‘genocide ideology’ and divisionism illustrates the Rwandan government’s unwillingness to tolerate criticism and to accept the role of opposition parties in a democratic society,” said Africa director Daniel Bekele. “The courts should not be used for such political purposes.”

Phil Clark, a lecturer at the School of Oriental and African Studies, in London, echoed this view: “I think this verdict will certainly cause concerns that if they contest they may find very serious charges brought against them as well,” he told the New York Times. “It sends a warning to other parties who may want to run in future elections.”

Of course, these two Victoire Ingabires are the same women – seen from two radically different perspectives. The first is that of the Rwandan government and the state-dominated media, which have lauded her trial and conviction. The second is that of rights groups and international media, which are becoming more and more concerned that Kagame’s rule might not be quite as benevolent as he would have us believe.

This year alone has provided plenty of disturbing evidence to support the latter view: aside from the questions around Ingabire’s trial, Rwanda has been repeatedly implicated in inciting and supporting the current unrest in the eastern DRC, and exposed for operating a network of secret military prisons where torture and intimidation are commonplace. Increasingly, Kagame is being seen less as a benevolent, visionary leader who, Singapore-style, keeps a tight grip on power in order to guarantee his country’s development; and more as a run-of-the-mill dictator, albeit with an excellent public relations department.

It is this public relations department that is mostly responsible for spinning the image of Victoire Ingabire as an inflammatory, divisive genocide-denier. Ironically, it is the knowledge of her other persona – as an unfairly persecuted opposition leader – that is putting another nail in the coffin of Rwanda’s reputation. DM

Sam Sole for amaBhungane • 18 hours ago

The Scientists Collective • 20 hours ago