Violence in South Africa: do what you can (to stop it) 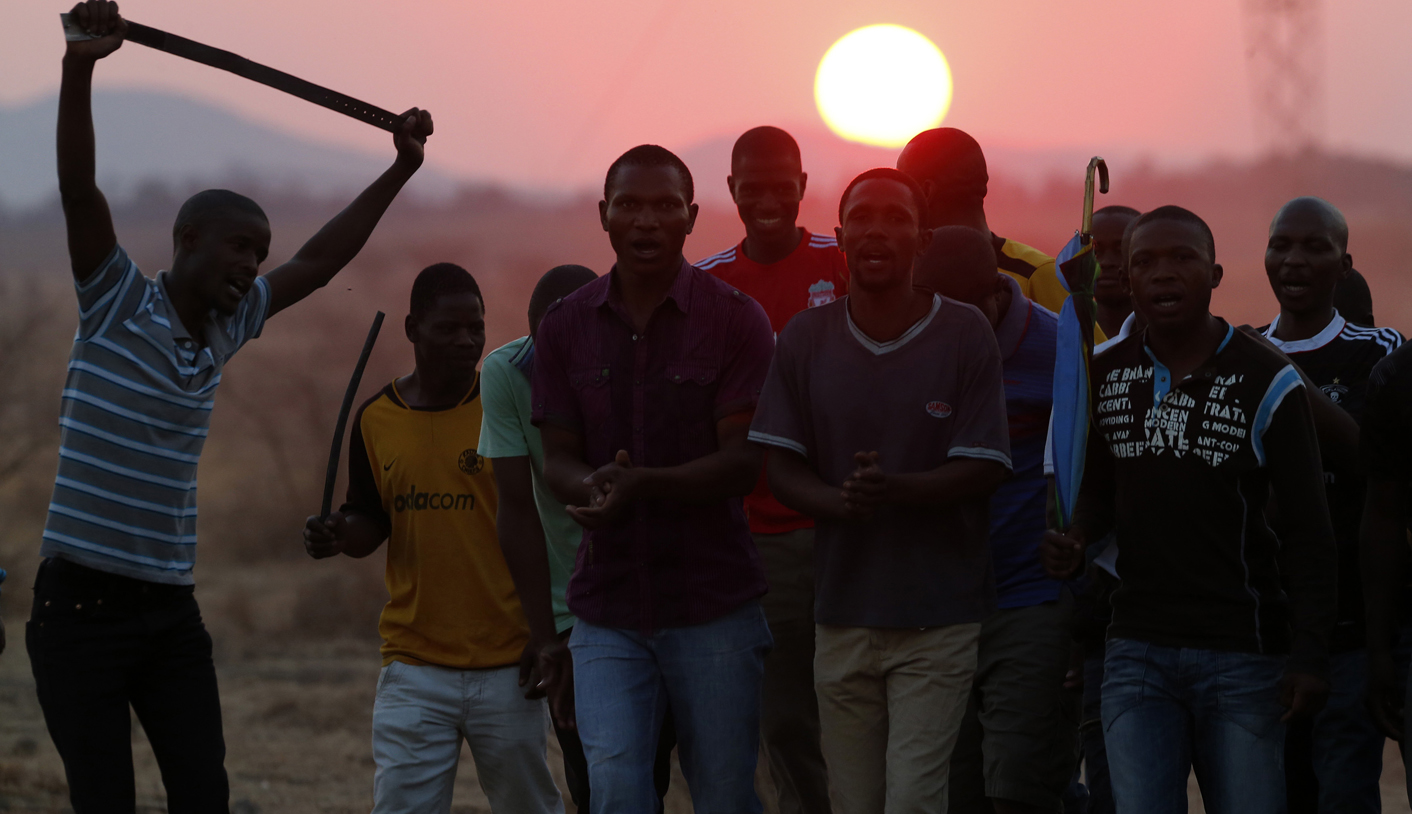 Leading thinkers butted heads on Tuesday night on the topic of addressing violence in South Africa. The discussion was passionate, complex, and utterly infuriating for anyone wanting a cure-all. It might just be the kickstart we need. By GREG NICOLSON.

The doors in the old Women’s Gaol in Braamfontein, Johannesburg, are still heavy in olive green. A sign points to the solitary confinement cells. The floors in the foyer where events are now held are concrete and pillars circle the room where prisoners must have been shifted from one cell to the next. It’s the perfect balance of state grandeur and oppression. The gaol now serves as a monument to our brutal history and a society imprisoned by state violence, past and present.

It was the setting for Tuesday night’s Critical Thinking Forum hosted by the Mail & Guardian and Sonke Gender Justice Network. The topic: “Violence in South Africa: What can we do?” An audience of around 100, mainly academics, NGO staffers, media and other civil society reps, gathered to hear the SABC’s Xolani Gwala take speakers through the topic. There were a few tropes echoing throughout the discussion: the levels of violence, in all its forms, constitutes a crisis; it’s been normalised as we struggle to identify and object to established forms of violence or behaviour that promotes it; individuals must ask themselves what their role is in the system and take responsibility for changing the culture and forcing the hand of the state; and society needs to probe what violence actually is and why it’s reproduced.

Deputy Minister of Women, Children and People with Disabilities Hendrietta Ipeleng Bogopane-Zulu was the first to take the mic. Like a good politician, she showed profound concern and understanding of the issue, at times, while throwing in just as many distractions or simplifications. Her key concern is the violence against women and children. It makes the home something they want to escape, rather than a place of refuge, she said. This might be an effect of the migrant labour system, she added, but we don’t know because we’ve never really analysed its effects on the family. Or, she argued, maybe it’s because when Apartheid ended and people moved from the townships to the suburbs they left their community values at the guardhouse.

The minister has blocked her three young girls from watching the Cartoon Network. Our kids are exposed to too much violence, you see. This tidbit came after blaming the media for its negativity and failure to highlight government’s advances. It all sounded like a hackneyed response, but she added that it was just an example. Children across the country have witnessed shocking abuses in their own homes and communities, making violence a self-perpetuating curse.

It’s not right to say government has failed, she went on, because Parliament is accountable to the people and representative of a wider culture. She mentioned the Children’s Act, where section 39 banned corporal punishment in the home. The public, however, was up in arms when it came out, refusing to be told how to raise a family. It was later removed. The laws are generally good, she claimed, but there are implementation problems. Throughout the night the minister and the other speakers were fixed on “the 16-year-old girl who got raped” (sometimes 17), referencing one of the more heinous attacks plastered on the front pages.

Clinical psychologist and head of the Trauma and Transition Programme at the Centre for the Study of Violence and Reconciliation Nomfundo Mogapi was the first to take it to an academic level. She sees five areas of violence – gender-based violence, collective violence (service delivery protests), interpersonal violence, violence from state security and safety agencies, and structural violence. The key is to unpack the problem. Violence of the past has been echoing through unreconciled trauma causing victims of one type of violence to become perpetrators of another. But the key issue for Mogapi was “structural violence” caused by an unequal society relegating many to a life in poverty.

Christi van der Westhuizen from the Institute for Reconciliation and Social Justice said that when violence was systemised through colonialism and Apartheid it affected everyone, not just young black men (the narrow and racist perception). That oppression forced the idea that white men are the supreme gender and race, but the violence they inflicted on other races wasn’t confined to the public. When they came home white men had to continue to assert their dominance, said Van der Westhuizen, and anything challenging their fixed perception of identity and power could result in violence. Today it’s seen when we can’t accept a man who’s effeminate, or a gay or lesbian couple, and discriminate or attack them.

The most passionate address came from Nomboniso Gasa, who arrived late after travelling from the Commission of Inquiry into the deaths at Marikana. Halting her speech and acknowledging her exasperation, she started with what Marikana shows us. “The dance of violence in our society became very clear on Saturday when the department (of justice) decided to withdraw funding from the families of the deceased,” she began. Is the whole issue, she seemed to wonder, another example of perpetrators not being held responsible? Like when crimes against the lesbian, gay, bisexual, trangender community go unpunished, or when the president makes a comment that reduces women?

After a rolling a series of comments, the audience began to fidget. Edging towards 21:00 on a weekday, the speakers had shown us parts of the engine of violence, but what could we do?

The most practical answer came from Sonke’s Mbuyiselo Botha. The organisation’s “One Man Can” campaign supports men and boys to take action against domestic and sexual violence and helps teach us the skills to be positive brothers, fathers and uncles to the young men we can influence. Studies show that working with young men gets results, he said, but the other panelists were focused on the bigger picture.

Individuals must understand their role and try to take action. “If you want to talk about violence, can we first take a step and say who actually are we? Do young people have anything to learn from us?” asked Gasa. “How many people will say that we can put ourselves on the line (against violence)?”

Mogapi said, “What can each and everyone of us do to see that people see a change in their lived experience?” She suggested sharing our stories, helping a poor family improve their plight. Van der Westhuizen said we should question the fixed identities we hold onto and celebrate those who are brave enough to challenge them. The minister wants the public to meet its responsibilities in shifting government and holding it to account.

It was an unsatisfying list of recommendations for anyone who came to find out what we can do to reduce violence, but what the Critical Thinking Forum did was layer the issue. The speakers described a complex set of causes, from the injustices committed in institutions like the women’s prison to inequality and the current violence of police. There’s no magic nostrum, but if you want to end violence it seems this would be a start: seek to understand the different angles of the issue and personally do something about what you find. When it’s put like that, it sounds pretty simple, really. DM