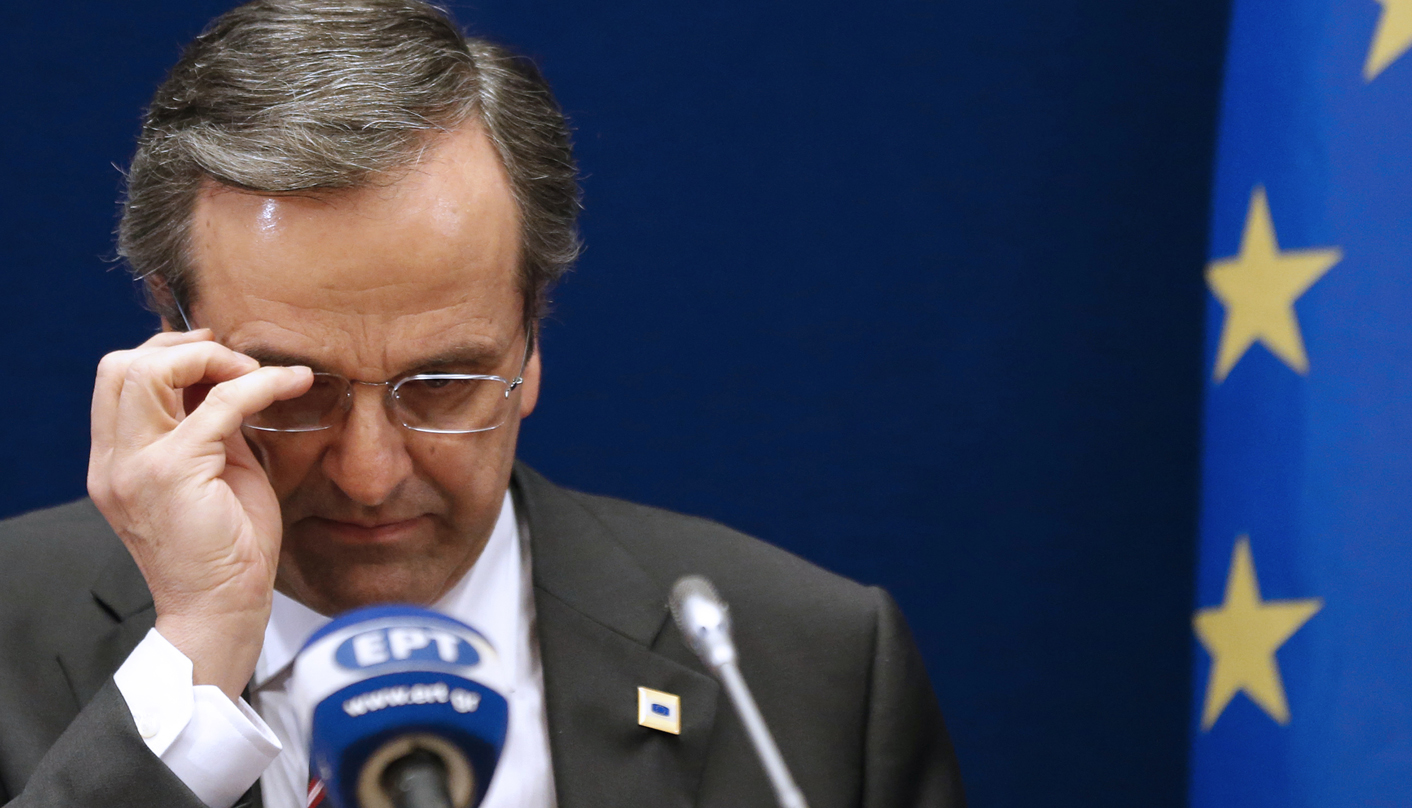 An overwhelming majority of Greek Socialist lawmakers have agreed to vote in favour of contested austerity reforms, party officials told Reuters on Tuesday, sharply increasing the odds of securing parliamentary approval for the measures. By Renee Maltezou and Harry Papachristou.

Near-bankrupt Greece needs to push through spending cuts and tax measures worth 13.5 billion euros as well as a raft of reforms to appease EU and IMF lenders and secure bailout money needed to avoid running out of cash next month.

After months of negotiations on the austerity plan, Prime Minister Antonis Samaras announced on Tuesday that talks had been completed and implored his allies to back the package.

The prime minister’s New Democracy party and the Socialist PASOK have between them 160 deputies, nine more than they need for an absolute majority in parliament.

But the third party in the coalition, Democratic Left, refuses to back the proposed new labour laws which could tempt other deputies to defect and leave the government facing an unpredictable vote in parliament next week.

However, the odds of parliamentary approval jumped after Socialist PASOK deputies agreed to back the reforms.

Still, a flurry of contradictory statements from the three coalition parties highlighted the chaos ahead of the crucial vote on austerity measures, which has become the government’s biggest test since taking power in June.

“What would happen if the deal isn’t passed and the country is led to chaos?” Samaras said in a statement.

“Such dangers must be avoided. That is the responsibility of each party and every lawmaker individually.”

The Democratic Left party immediately responded by reiterating it would vote against labour reforms.

“The Democratic Left has fought on the issue of labour relations, to protect workers’ rights which have been already weakened,” the party said in statement.

“It does not agree with the result of the negotiations. The Democratic Left sticks to its position.”

PASOK, which has seen its support evaporate in the face of continued austerity, t hen interrupted a party meeting to put out a statement chiding Samaras for saying talks had concluded.

“A rushed press release that says ‘the government did what it could, it is moving ahead and whoever wants to should follow it’ … is at best unfortunate,” the party’s chief said in the statement.

The government is expected to include a large chunk of the austerity measures in the 2013 budget bill to be presented on Wednesday, with the remaining measures and labour reforms in a separate bill to be put to parliament on Monday.

The bickering among the allies threatens to bring next week’s vote down to a numbers game, undermining Samaras’s pledge that Greece’s government is committed to doing everything it can to restore credibility in the eyes of European partners.

The Democratic Left party has the support of 16 deputies in the 300-seat parliament, meaning the government – which has a 176-seat majority – could pass the reforms without its support as long as PASOK deputies vote in favour.

But the smaller party’s stance has emboldened some in PASOK and speculation has grown that some rebel lawmakers could vote against the measures. The austerity bill could be defeated if more than 10 of the 33 PASOK lawmakers oppose them.

The government also faces a contentious vote on a privatisations bill on Wednesday which could set the tone for the bigger vote next week.

The proposed law intends to scrap the government’s obligation to own a minimum stake in a string of former state companies, but PASOK and Democratic Left deputies have demanded all privatisations be subject to parliamentary approval.

A Democratic Left official said the party would abstain on the entire privatisation bill and vote against certain articles.

Euro zone finance ministers are due to hold a conference call on Greece on Wednesday, ahead of a Nov. 12 meeting that is expected to focus on the debt-laden nation’s latest crisis.

Greece has already missed several privatisation revenue targets and has raised only about 1.6 billion euros in cash since its first bailout in May 2010.

The lack of progress stems from the reluctance of Greek governments to sell off assets, political instability and the lack of investor interest in a country facing a grim economic future and the threat of an exit from the euro. DM

Photo: Greece’s Prime Minister Antonis Samaras adjusts his glasses as he attends a news conference at the end of the second session of a two-day European Union leaders summit in Brussels October 19, 2012. EU heads of states and government took a big stride towards establishing a single banking supervisor for the euro zone, striking a deal under which the bloc’s rescue fund could start recapitalising ailing banks next year, a French government source said. REUTERS/Christian Hartmann