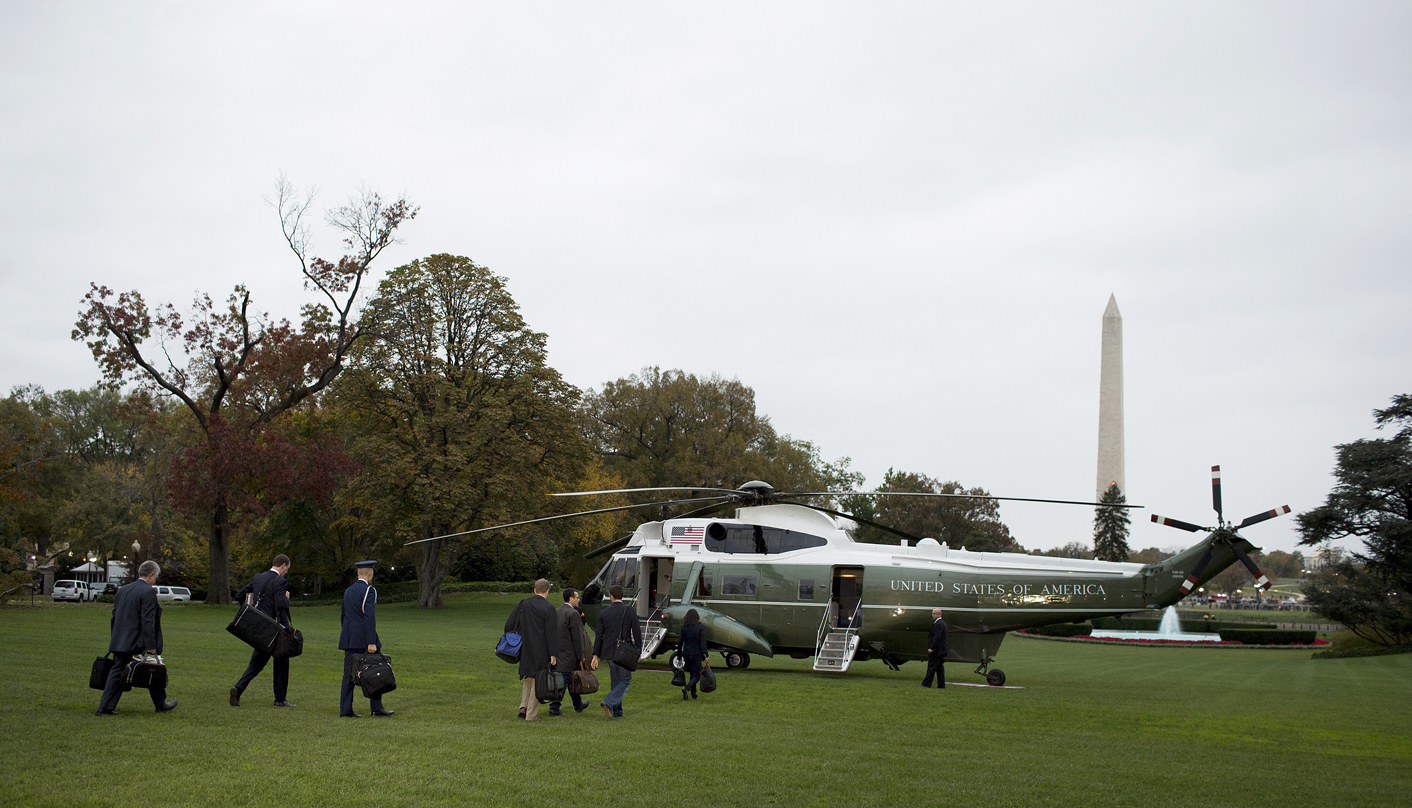 President Barack Obama on Sunday faced the delicate task of balancing his administration's biggest storm response with his tough campaign for re-election as Hurricane Sandy bore down on the U.S. East Coast little more than a week before Election Day. By Matt Spetalnick.

Trying to show he had learned the lessons of White House predecessor George W. Bush’s botched handling of Hurricane Katrina in 2005, Obama sought to project the image of a president fully engaged in marshaling resources to deal with a looming natural disaster.

Visiting the federal storm-response center in Washington, Obama warned East Coast residents to prepare for a “serious and big” storm that will be slow-moving and might take time to clear up. But he vowed the government would “respond big and respond fast” after it strikes.

But even as he pledged to stay on top of the storm threat, Obama – after shuffling his campaign travel because of the hurricane – was sticking to plans to fly to Florida on Sunday night.

He was due to hold a rally in Orlando on Monday and another later in the day in Ohio, making his case for a second term in two crucial swing states before returning to Washington. The storm also scrambled Republican challenger Mitt Romney’s schedule, but he too was going ahead with a number of events.

With Sandy forecast to barrel ashore between the mid-Atlantic states to New England late on Monday, Obama faces an increased risk to his prospects in a tight presidential race if the government’s emergency apparatus fails to perform well. Voters go to the polls nationwide on Nov. 6.

Obama, who also held a conference call with governors and mayors from states in the storm’s path, sought to allay such concerns on Sunday.

“My main message to everybody involved is that we have to take this seriously,” Obama told reporters after he was briefed. He said emergency officials were confident that enough equipment and personnel were in place in advance of the storm’s onslaught.

“My message to the governors, as well as to the mayors, is anything they need, we will be there, and we will cut through red tape. We are not going to get bogged down with a lot of rules,” he said.

Obama’s aides said storm preparations were in line with his response to other natural disasters on his watch, such as last summer’s devastating wildfires in Colorado, last year’s Hurricane Irene and the tropical storm that hit the Gulf Coast this summer ahead of the Democratic convention.

President George W. Bush suffered serious political damage from what was widely perceived as his administration’s inept handling of Katrina, which devastated New Orleans during his second term. Bush was also widely criticized for being out-of-touch personally and slow to respond to the crisis.

With that in mind, Obama’s White House has made it a practice of trying to get ahead of events.

This time, however, the country faces a major natural disaster on the cusp of a presidential election, when the incumbent has recently been struggling to curb his opponent’s newfound momentum.

Officials in the path of the storm scrambled to ensure that extended power outages would not disrupt the early voting that appears to be critical for both candidates this year.

Obama said he did not think the storm would impact voting, but some on his campaign staff were not so certain.

A severe disruption is likely to hurt Obama more than Romney, as his campaign has counted on early voting to lock up the support of younger voters and others considered less likely to vote on Election Day, Chandler said.

But an Obama campaign official said, “We remain confident in our ability to get our voters to the polls by Election Day.” DM

Photo: Senior staff members walk to Marine One as U.S. President Barack Obama prepares to depart for a campaign trip to Florida from the South Lawn of the White House in Washington October 28, 2012. REUTERS/Joshua Roberts