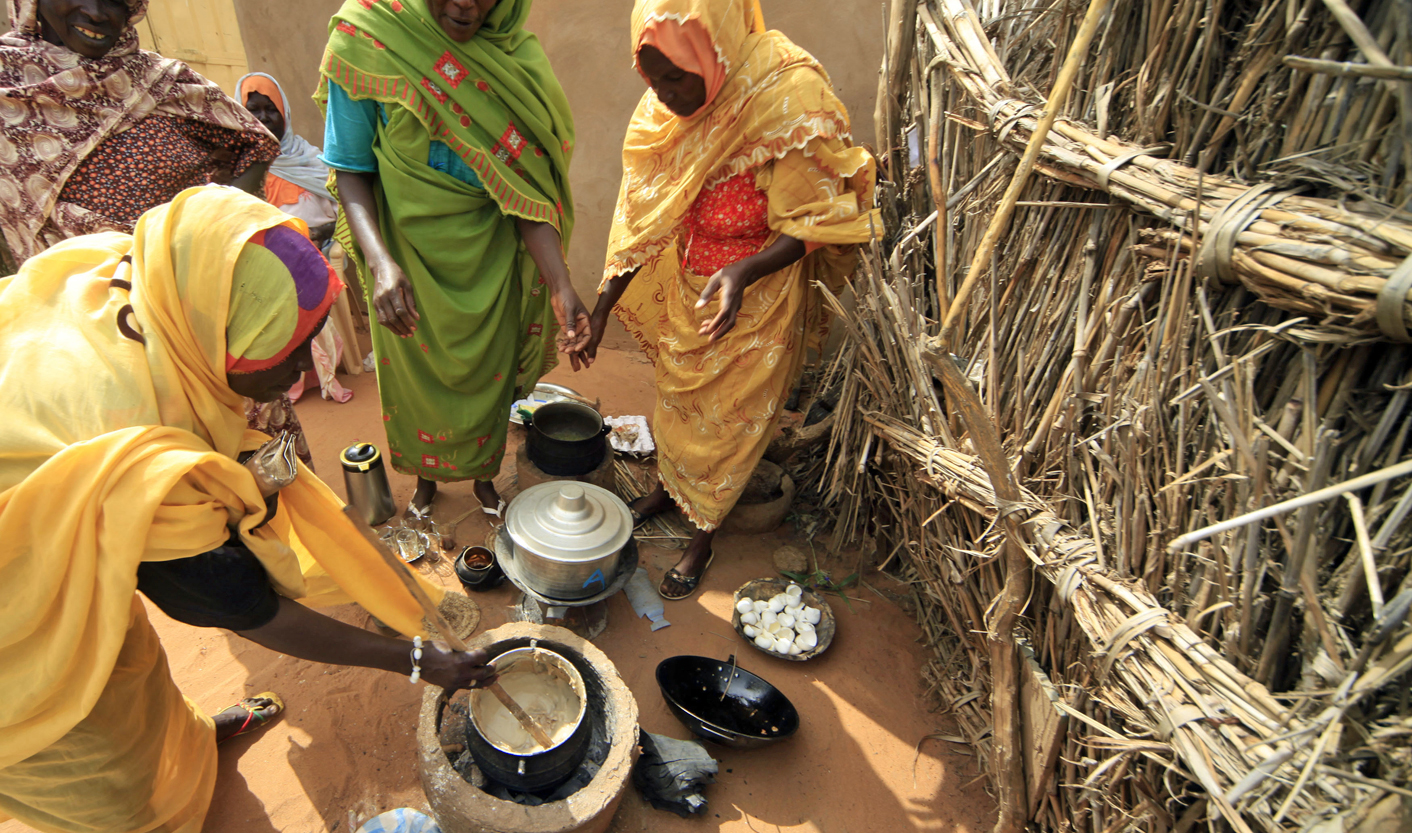 Regional integration is often touted as a solution to Africa’s problems. This time, the problem in question is food shortages. Eliminating the rules, high costs and dangers associated with regional food trade on the continent will help African farmers meet their potential and curtail hunger. So why aren’t we doing anything about it? By GREG NICOLSON.

Africa’s demand for basic foodstuffs is rapidly increasing, but while its farmers fail to meet that demand, hunger will become more acute. The situation is bleak. The demand for food staples is predicted to double by 2020 as urban populations grow by 4% each year. Much of that growth is made up of low-income earners who spend the majority of their pay on basic food items. African countries have tended to satisfy the increasing demand though more expensive imports on the global market. Only 5% of African countries’ cereal imports come from within Africa. It’s a situation primed for hunger and unrest.

In a new report, “Africa Can Help Feed Africa”, the World Bank looks at how the continent can prevent food shortages and unlock its massive agricultural potential. The general recommendations might be predictable for the institution known for its support of neoliberal policy, but they offer key recommendations to achieving food sustainability. The report looks at how opening up cross-border trade will increase Africa’s potential food production, increase food security by improving access to food, and raise returns for small-scale farmers.

It begins with the basic premise that regions have natural food surpluses in certain staples and deficits in others; the key is to maximise output and get the food to where it’s needed. Attempts at national self-sufficiency haven’t worked and the effects of climate change will only make production more volatile, says the report. “Removing barriers to regional trade presents benefits to farmers, consumers and governments.” Farmers will make more money from meeting the rising demand; consumers get cheaper access to food and benefits such as jobs from a growing agricultural sector; governments can better deal with food security.

But from producer to consumer, barriers to regional competition and trade have limited agricultural output. Because of inconsistent policies within Africa, seeds and fertilisers are generally imported from outside at high prices, with new innovations coming years later than in other developing regions. Transport services remain extremely expensive, outdated and uncompetitive as roadblocks eat time and money. Regulations on imports and exports are volatile, with changes often only communicated to foreign producers when they reach the border. Those borders remain hotbeds of corruption and abuse: traders are regularly harassed, sexually abused, or forced to pay bribes.

From a private investor’s point of view, the enormous potential hardly seems worth the costs and risks. But the World Bank argues that if these problems are addressed, the incentives for farmers will greatly increase. Production will then rise and consumers can get basic foodstuffs from a neighboring region rather than foreign shores.

It’s hardly the rousing rhetoric of a Kwame Nkrumah calling for African integration or a Thabo Mbeki asserting confidence and hope about the continent. But the report’s message is both obvious and clear: Africa can feed itself. Its message is simple: boost trade within the continent. It follows a wave of Afro-optimism and calls to increase trade on the continent by addressing the basics – reduce border barriers, streamline the visa process, and increase collaboration on linking infrastructure.

But what’s going wrong? Despite commitments to opening up regional trade, government policies lack action, says the World Bank, while big producers and their connections are invested in the status quo. By definition, integration includes a number of stakeholders, and to promote regional food trade there needs to be deep discussion and long-term commitment to the goal. It’s simply not there in many countries. Nor is any sort of stable policy.

The stakes of food security are morbidly high and when things get tough, governments are prone to actively dissuading production. “Common problems include: export and import bans; variable import tariffs and quotas; restrictive rules of origin; price controls; government tenders for the import of crops and flour that are then sold at subsidised prices. Countries ban imports during good harvest years to ensure domestic production is consumed first, and limit exports during periods of low yields,” says the World Bank report. It’s not the sort of stuff that promotes investment.

There’s a long way to go and it’s no surprise that to increase access to fertiliser and agricultural experts, streamline the border process and cut transport costs, the World Bank first suggests systemic changes. If food production and distribution is to become more market-based, we need institutions to enable the exchange. Regional economic communities and the African Union need to help establish institutions that tackle private sector failures – setting and implementing standards, managing risk, commodity exchanges and market information.

They won’t be any good, however, if governments aren’t on board. For that to happen, the World Bank says discussions on regional food trade must be open and widespread, not confined to the halls of power. Then countries need “a reform strategy that provides a clear transitional path to integrated regional markets rather than a single but politically unfeasible jump to competitive markets”.

Leaders will have to look beyond their term in office and stick to the plan – not an easy task. But the reward will be immense. Africa may once again be able to feed itself. DM

Photo: Women cook on a stove made out of mud at a women development programme centre funded by World Food Programme (WFP) at Shagra village in North Darfur October 18, 2012, during a visit by a delegation of Ambassadors of European Union to Sudan. According to UNAMID, the fuel efficient stoves reduce firewood consumption by 30 percent and the number of times needed to collect firewood. The centre also produces natural firebricks, plants seedlings, runs a forest of gum Arabic trees and organizes trainings for illiterate women. REUTERS/Mohamed Nureldin Abdallah