Eternal sunshine of the finance minister: Budgeting and the call for a social compact 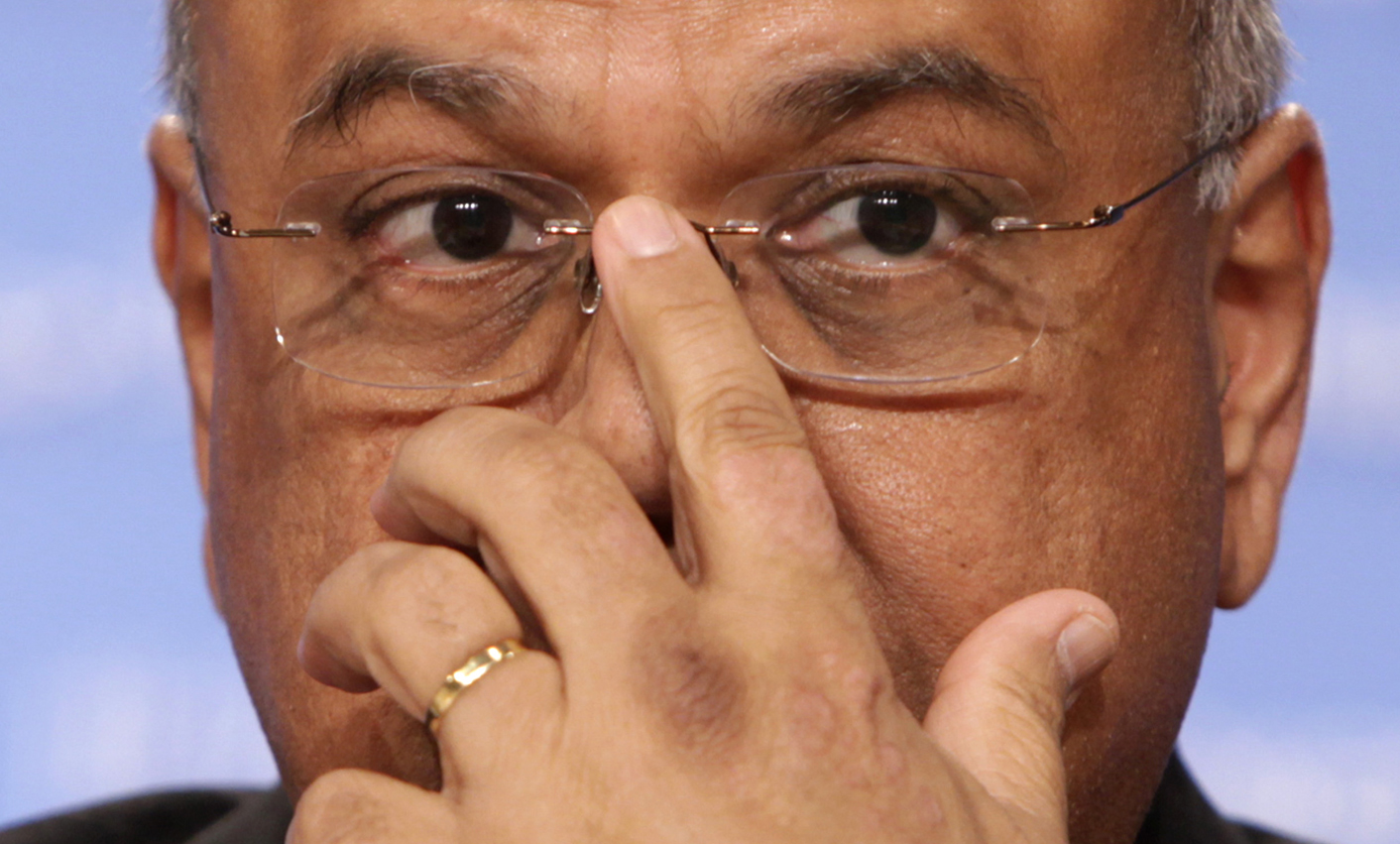 The finance minister’s speech at the medium term budget policy statement (MTBPS) on Thursday was both a warning and call to action. Pravin Gordhan spoke plainly about the poor outlook for the world economy and the need for the whole country to pull together. Whether all of us will heed his call is another matter. By PAUL BERKOWITZ.

Finance Minister Pravin Gordhan began his medium term budget policy statement (MTBPS) speech yesterday by referring to the crisis the country found itself in 20 years ago. The first democratic national elections were still two years away and factional violence was evident across the country. We did manage, then, to tear ourselves away from the vertiginous allures of the abyss.

The minister contrasted those dark days with the problems we currently face: the “crisis of labour relations in the mining sector”, the “mismanagement of supplies to schools and hospitals in some provinces” and the downgrading of “our ability to service debt”. The parallel he drew is that the country and the broader society must act now, as it did then, to overcome our problems.

The minister has issued a valiant call to arms for all of us. The treasury is not short on suggestions (and even a few details) for what we need to do. The translation of these suggestions into actions remains the challenge.

The National Development Plan (NDP) is the point of reference and departure for the treasury’s macroeconomic strategy. Government endorsed the NDP in September and the treasury has wasted no time in aligning itself with the vision of the NPC, led by Trevor Manuel.

The recent events at Marikana have left their mark on the treasury. The first targeted area for government, according to the MTBPS, is “(r)e-establishing orderly business relations”. There’s also the goal of “(i)mproving living conditions for miners and upgrading informal settlements”. For the right or wrong reasons, miners and the mining sector are top of government’s mind, ahead of other vulnerable groups.

That’s not to say the MTBPS has been captured by immediate crises and short-term thinking. The long-term goals of the NDP’s 2030 plan are addressed by the Treasury, as is the limit in the ability of the state to increase spending on public-sector wages and social grants. The MTBPS clearly states that the growth seen in state expenditure over the past decade must come to an end. It projects a real increase in the compensation of state employees of just 1.3% over the medium-term. In contrast it wants growth in capital payments of 4.3% over the period.

This is easy to claim but harder to enforce. Higher-than-budgeted wage settlements in this financial year have already led to increased estimates for expenditure, and public-sector unions such as Samwu might yet strike for higher wages over the next few months.

In particular, the focus on consolidating not just overall public-sector wage spending but personnel numbers is likely to be met with howls by public-sector unions. The details of these plans will only be announced during the 2013 Budget, well after the voting at Mangaung is over, so there’s a chance that the fragile peace inside the alliance will hold until next year.

The mini-budget therefore emphasises the need to ensure quality outcomes in spending by Basic Education, rather than just throwing more money at the department. There is also a detailed outline of how Treasury will ensure that it gets greater bang for its buck.

This outline of this plan to reduce waste and corruption includes centralised procurement led by a chief procurement officer in the National Treasury, reviews of large tenders by Parliament’s Standing Committee on Public Accounts and the office of the Auditor-General and generally increasing the authority and capacity of the Treasury to investigate the efficacy of tenders.

Overall, the Treasury will look for greater centralisation and control of spending in other spheres of government. On the one hand, these measures could help to arrest the rot in provincial and local government spending. On the other hand, this is an admission by the Treasury that the devolution of government powers and spending hasn’t worked and will be reversed (partially) over the medium-term.

The minister ended his speech by recognising that our historical trading partners “will be in difficulty for some time to come” and called for finding “new ways of implementing our plans, creating jobs and generating inclusive growth”. It remains to be seen if the rest of us can emerge from our laagers and entrenched positions to validate the minister’s positive rhetoric. DM