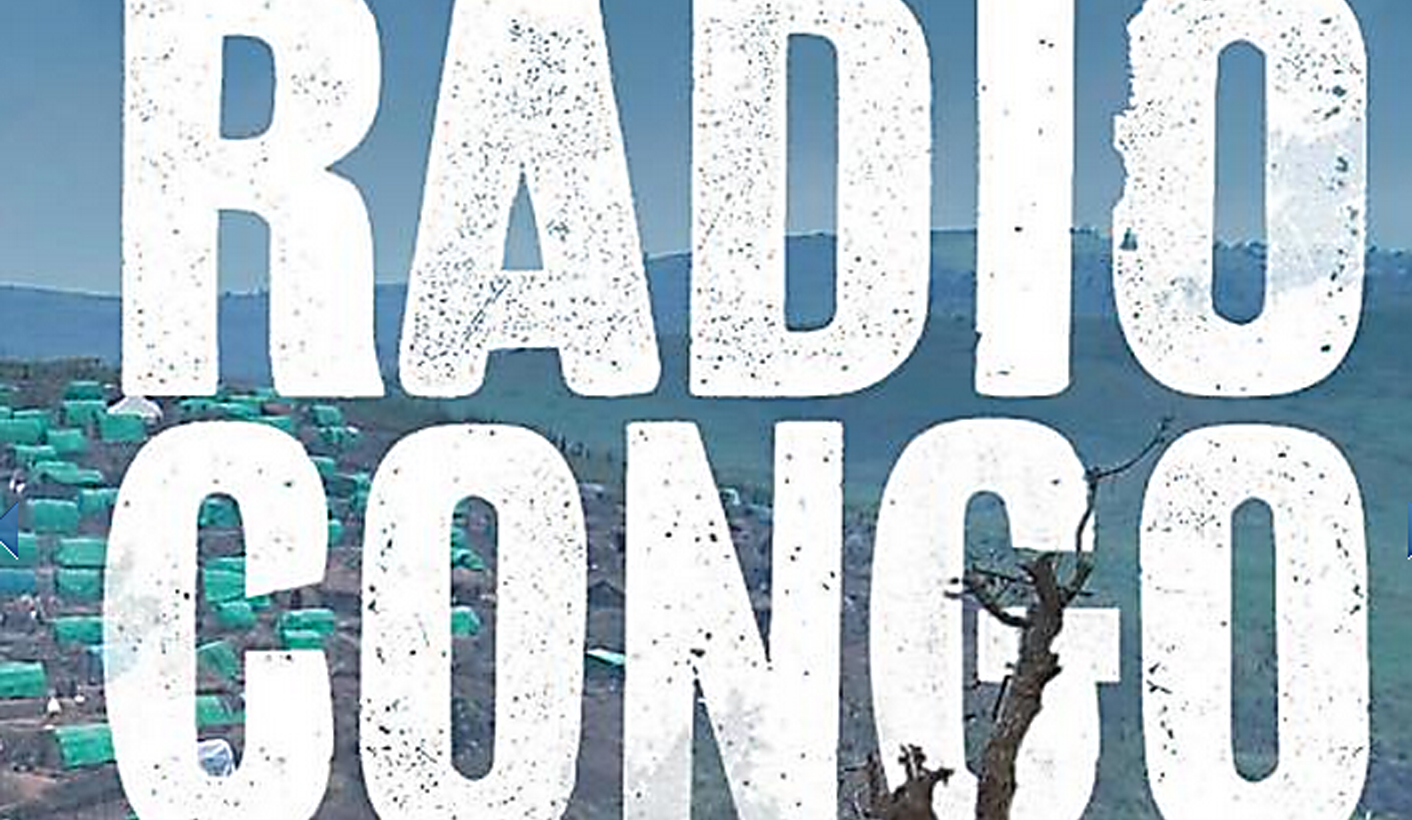 You might think you know about the Democratic Republic of Congo, that land of war, rape and conflict minerals. Think again. And then read Radio Congo. SIMON ALLISON reviews the book he wished he had written, and that changed his perception of Africa’s most misunderstood country.

By the time I meet him, I am not favourably disposed towards Ben Rawlence. It’s not his fault. Rawlence is researcher for Human Rights Watch – memorably described by a colleague as “our best-looking researcher” – who has written a book on his travels through the Democratic Republic of Congo. The book is called Radio Congo, and it’s very good. In fact, it is exactly the book I wished I had written myself, and as I read it I can’t help but find it fascinating and disheartening in equal part.

The book, at its simplest, is a travelogue. While doing some research at the library of the School of Oriental and African Studies in London – a wonderful repository of the most obscure and arcane documents, many of which are found nowhere else – Rawlence stumbled across a few old promotional photos taken in the Congolese city of Manono during the Belgian rule. The city was a showpiece for the Belgians, a hub of modernist architecture and European “civilisation” in the heart of the African jungle.

“The sharply focused prints on the glossy pages of the thick brown volume were so at odds with what we heard of Congo now – war, rape and conflict minerals – that it seems almost impossible that at one point this city built on tin was wealthier and more advanced than European towns wracked by post-war deprivation,” writes Rawlence. “The Belgian modernist architects of Manono, working in the ’40s and ’50s, thought that they were building a scientific future full of optimism, progress and hope. Seeing that dreamy hopeful vision expressed in concrete, I wondered what had become of those ideals, of Manono, of Congo?”

Rawlence resolves to find Manono. This sounds easier than it actually is. Even when he gets to the DRC, few people have heard of it, and even fewer have any idea how to get there. Those in the know tell Rawlence to take a plane, or forget it. But that’s not really the point. The search for Manono is a pretext, a useful narrative arc that allows Rawlence to get out of the big cities and start exploring what life is like in one of the poorest countries on earth, one that has been disfigured by decades of conflict and its abundance of natural resources.

“I was writing against the headlines,” Rawlence told the Daily Maverick in an interview. He is young, in his early 30s at most, with a friendly face and a shock of wild blonde hair. “Of course the country is more than that. How do you communicate the reality of a place? You can only do it in a book, and that only scratches the surface.”

In fact, the book in its final form contains only about half the material he collected during his travels, which took him three months. During that time, he only travelled through just a small fraction of the country; a stark reminder of just how big the DRC really is, and how inaccessible. He travelled by boat and motorbike – more than once finding himself stranded in some remote area, waiting for the transport gods to smile in his favour – and relied on the hospitality of locals and NGOs.

And he talked to people. Even though the distances were great and the transport slow, Rawlence found plenty to entertain him: “I wouldn’t say it was boring. I was talking to people all the time. Hearing all sorts of things, seeing a lot.” His accounts of these conversations are the most compelling paragraphs of the book. The stories that he tells, of ordinary people (and occasionally not so ordinary people), are exactly the ones that are rarely heard in international media reports.

For me, one of the most astonishing is his account of the massive refugee repatriation scheme being conducted by the United Nations. Tens of thousands of people have been returned to South Kivu province from Tanzania, and they are coming home willingly. Rawlence speaks to Magatte, the representative of the United Nations High Commissioner for Refugees in the lakeside town of Baraka.

“‘It is ironic, is it not,’ he begins in precise French, ‘that while international news channels show pictures of people fleeing North Kivu, no attention at all is being paid to the thousands who are returning to South Kivu.’ This, one of the largest UN repatriation exercises ever undertaken, a logistical feat of epic proportions, is almost unreported. I suppose ‘People Going Home’ is always going to be a less sexy headline than ‘Refugees Flee Massacre’: I can also understand exactly why Magatte and his hard-working colleagues in the UN and many Congolese are piqued at the imbalance in coverage. After more than a decade of war, finally some good news! But it seems as if foreign correspondents can only see the bad; wearing the opposite of rose-tinted spectacles. Theirs are tinted a slightly darker shade: the colour of blood.”

With conflict escalating again in North Kivu, Radio Congo is a timely reminder that the DRC cannot be defined by just this one narrative. For this alone, it’s worth the read. That it happens to be a beautifully-written, engaging book too is a welcome bonus. DM