Rock bottom: South Africa in the eyes of global media 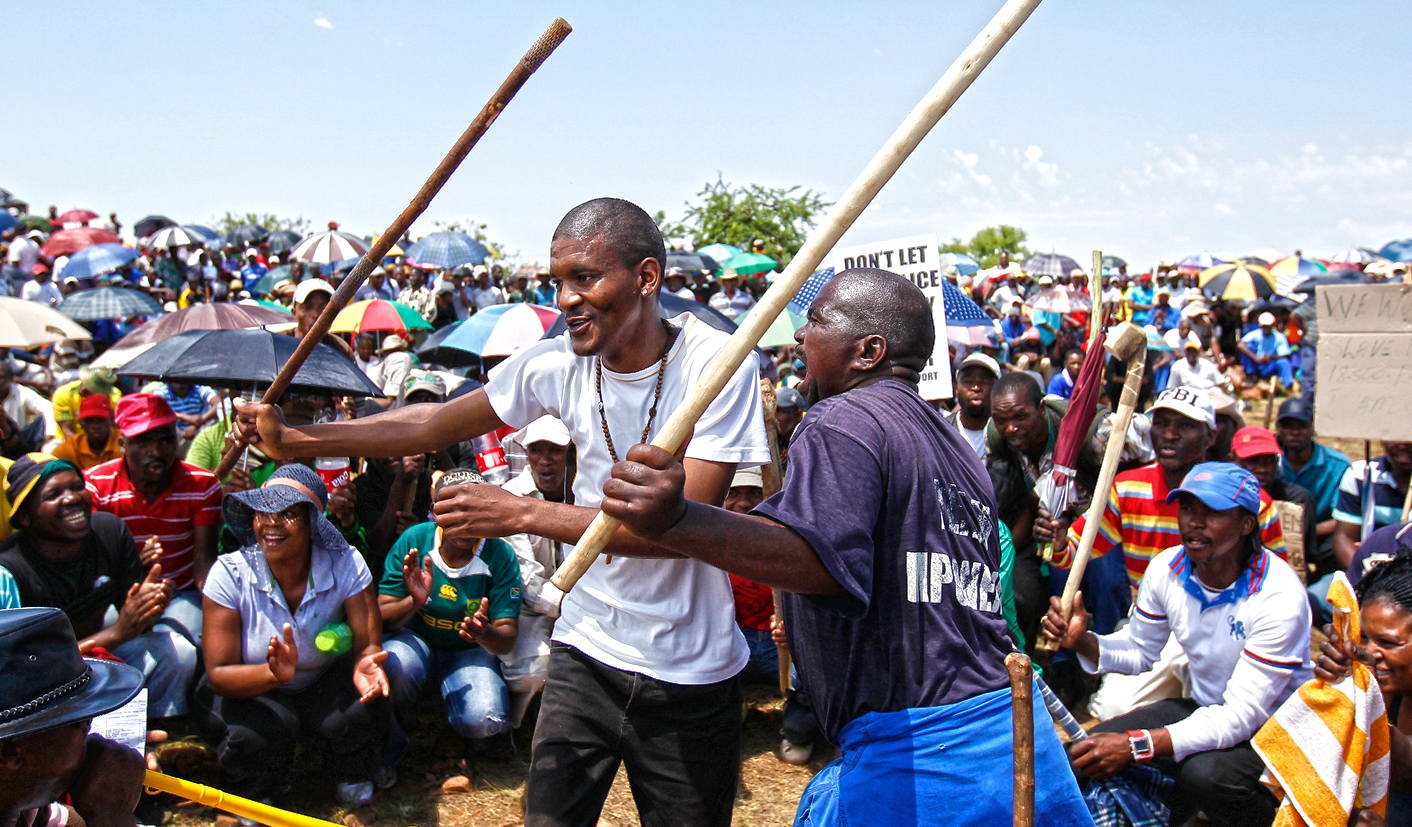 Tongues were set wagging by last week’s sensational Economist cover story detailing the decline of South Africa. While the rest of the continent is on the up and up, South Africa is battling to claw itself out of its own chaos. Or so the story goes.  By KHADIJA PATEL.

Experts have long warned that South Africa suffers from delusions of grandeur. They warn that South Africa’s clout on the international stage has been collected on the back of an 18-year-old triumph. We hugged, made up; as a bonus, we had Nelson Mandela for a president.

As a darling of the international media, South Africa was held up as an example to other challenged states, particularly African ones.

“Despite South Africa’s loathsome Apartheid heritage, solid institutions underpinned its transition to democracy in 1994: a proper Parliament and electoral system, a good new Constitution, independent courts, a vibrant press and a first-world stock market. Nelson Mandela, whose extraordinary magnanimity helped avert a racial bloodbath, heralded a rainbow nation that would be a beacon for the rest of Africa,” The Economist said in last week’s lead story detailing the decline of South Africa.

“Cry, the Beloved Country”, screamed the magazine’s cover, evoking a host of reactions from South Africans. Some were just irritated by the unnecessary invocation of Alan Paton; others were enraged that a Western publication still saw fit to pronounce on the state of an African state. Others felt vindicated: The country is going to pot, they agreed. And so says The Economist.

Whatever the reaction, however, the fact remains that the article itself is significant. “The Economist is a very important publication,” Wadim Schreiner, Managing Director of Media Tenor South Africa, explained last week. “It is a publication that sets trends and it picks up on trends.”

After eighteen years, it seems fair to say the nagging problems of our democracy did not suddenly pop up like acne on a teenager. Our various crises of education, inequality, unemployment and a ruling party at war with itself did not suddenly appear with the wildcat strikes in the country’s mines this year.

These problems have existed for years. They have existed despite Mandela, our judiciary, our electoral system and Constitution. They have undermined South Africa’s progress for a lot longer than the duration of the strikes this year.

And while The Economist certainly does not point to a sudden emergence of these problems, the timing of its latest representation of our country has helped it wade straight into the morass of the South African political spectacle.

“It’s nothing new that The Economist is saying,” Schreiner points out. He, however, believes the significance attributed to The Economist cover story is derived at least partially from the magazine’s previously upbeat assessment of the rest of the continent. The “Africa Rising” edition of December 2011 was the antithesis of the doom and gloom served up by the “Hopeless Continent” edition of May 2000. It was an affirmation; a narrative of a resurgent Africa.

The most recent focus on South Africa by the Economist, however, excludes the country from the more positive outlook on the rest of the continent’s future.

“Africa, once harshly labelled by this newspaper as ‘the hopeless continent’, has begun to make bold strides. Meanwhile, South Africa, though still a treasure trove of minerals with the most sophisticated economy on the continent, is on the slide both economically and politically,” last week’s article says.

Schreiner believes the “Africa Rising” edition was particularly important to South Africa marketing itself as the “gateway to Africa”, and that the latest assessment by the magazine stings all the more for this reason.

“Our pride has been hurt,” Schreiner explains.

Besides an affront to South African vanity, The Economist’s focus on South Africa does also present an opportunity to further interrogate the perception of South Africa in the rest of the world.

“The Economist story was superficial, but then, much of the West’s perception of South Africa is superficial,” media commentator Wessel van Rensburg believes.

“The Economist’s assessment is quite right, yes,” Schreiner argues, but adds, “It misses some context and, like some other assessments of South Africa, it also ignores many positive developments.”

For years, Western understanding of Africa and African challenges was said to be stymied by such Western analytical assessments that refused to accept an idea of Africa devoid of conflict and famine. In the process then of reconciling age-old storytelling techniques about Africa and a newer trend to temper African stories with more context and African voices, the depth and tenor of coverage of South Africa in world media has shifted.

Van Rensburg believes many of the challenges that have riddled South Africa’s development to this point have escaped the weary eye of the global mass media – media that have become fatigued and no longer devote the same attention to South Africa they once did. To him, as a South African living abroad, South Africa has slipped off the global media agenda.

“I think besides the bigger pieces coming our way now from the likes of The Economist, it’s remarkable how SA has fallen off the news agenda internationally compared to the 90s and 80s,” van Rensburg says. He proposes the lack of prominence is a result of South Africa’s descent in esteem from a state with decidedly European characteristics to an African state, with the change of government from a white to black government.

Schreiner, however, argues that according to research, coverage of South Africa in international media has certainly not waned in recent years, even if not grown considerably. “South Africa is still among the best-covered African states, and this is without conflict or despotic leaders,” he says.

And perhaps most tellingly, Schreiner points out that it is in the BRICS countries – Brazil, Russia, India and China – that South Africa has been covered more extensively in the last few years. “South Africa’s profile has increased prolifically in the BRICS media,” he said.

He warns against a perception South Africans may have of being misunderstood by world media. “I think we underestimate the depth of knowledge about South Africa in the rest of the world,” he says.

“In South Africa, we are caught between political correctness and saying it like it is,” Schreiner says.

“The world is expecting more from us.” DM

Note: The original version of this article stated that Wessel van Rensburg “believe[d] the lack of prominence is a result of South Africa’s descent in esteem from a state with decidedly European characteristics to an African state, complete with dubious leadership.” We have since altered the sentence to better reflect his views.

Photo: Striking miners sing during a strike at the AngloGold Ashanti mine in Carletonville, northwest of Johannesburg October 19, 2012. REUTERS/Siphiwe Sibeko