Pilgrims arrive in Mecca for haj amid regional turmoil 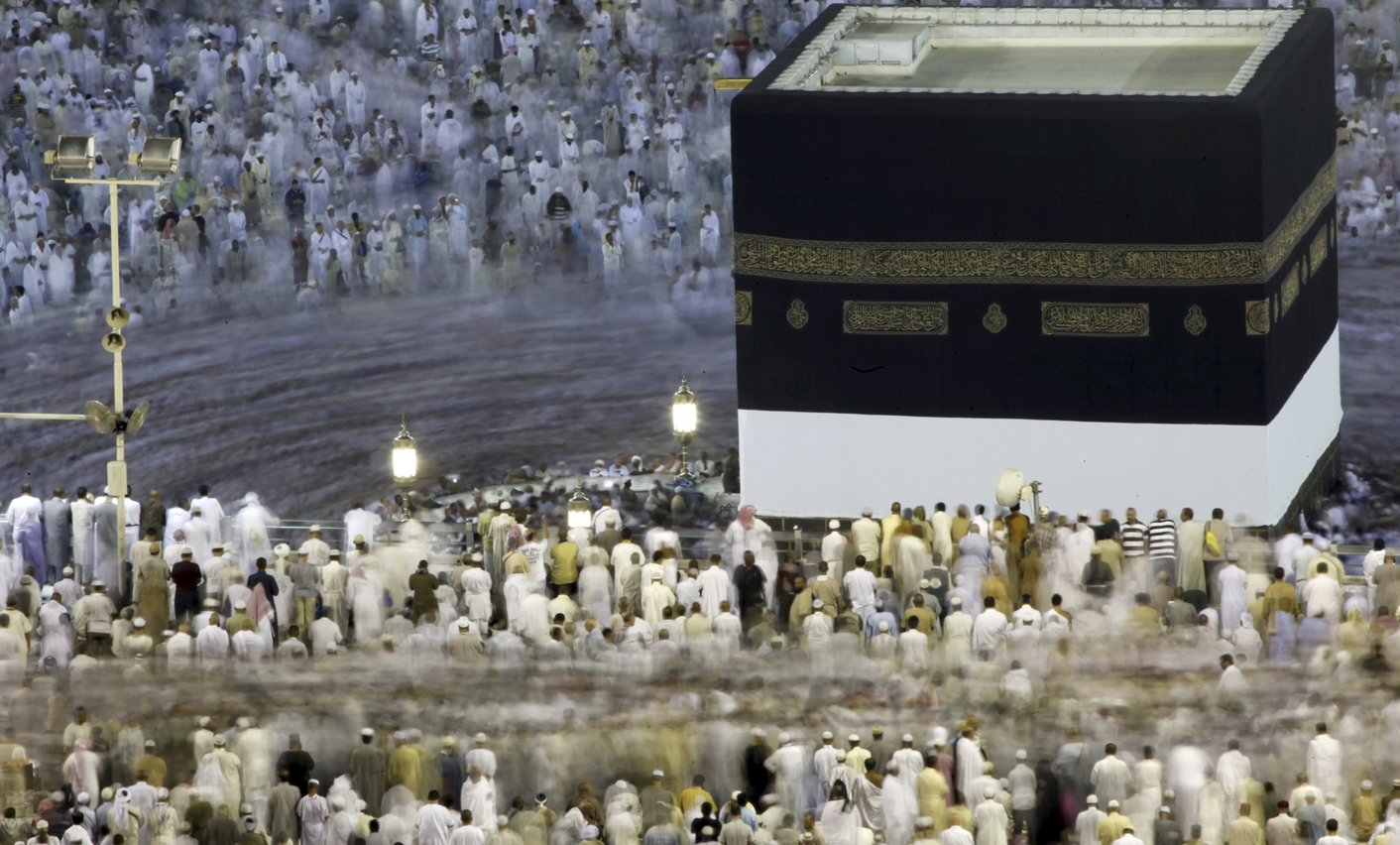 Millions of pilgrims arrive this week in Mecca for Islam's annual haj pilgrimage, which starts on Wednesday, with Saudi authorities warning they will stop any disruptive protests over the conflict in Syria. By Mahmoud Habboush.

The Grand Mosque, the focal point of the Islamic faith, was already teeming with joyful pilgrims at dawn on Monday, wearing the simple white folds of cloth prescribed for haj, many of them having slept on the white marble paving outside.

“I feel proud to be here because it’s a visual message that Muslims are united. People speaking in all kind of languages pray to the one God,” said Fahmi Mohammed al-Nemr, 52, from Egypt.

Haj must be performed at least once in their lifetime by all Muslims capable of making the expensive, difficult journey, a duty that applies equally to Sunni and Shi’ite Muslims at a time of tension between Islam’s main sects.

Saudi leaders have emphasised it is a strictly religious occasion and they are prepared to deal with any troublemaking.

“If anything happens it will be brought under control,” Interior Minister Prince Ahmed said on Saturday after attending a Mecca march-past where troops paraded water cannon, teargas launchers and even truck-mounted machine guns.

Authorities are keenly aware of past episodes of violence at haj, such as in 1979, when attackers s eized the Grand Mosque, beginning a two-week siege that left hundreds dead.

Despite Saudi Arabia, which is mostly Sunni, locking horns with regional rival Iran, which is mostly Shi’ite, over the conflict in Syria and other disputes, the minister played down the risks of politically motivated disruption.

“I don’t think there will be any repercussion on the security of the pilgrimage as a result of what is unfortunately happening in Syria and elsewhere,” Prince Ahmed said.

Saudi Arabia, the birthplace of Islam, has backed rebels fighting Syrian President Bashar al-Assad, an ally of Iran, at a time of already tense relations between Riyadh and Tehran.

Assad and Iranian leaders have both accused Turkey and Gulf Arab countries of arming the rebels, while Riyadh has accused Tehran of stirring unrest in Bahrain and instigating protests among Shi’ite Muslims in Saudi Arabia.

Iran has denied those charges and both sides have said they are keen to avoid trouble during haj, mindful of 1987 clashes between Iranian pilgrims and Saudi security forces that led to hundreds of deaths.

In the years since, Saudi authorities have tolerated small protests by Iranians in their part of the massive camp where most pilgrims stay. Prince Ahmed said Tehran had assured Riyadh that Iranian pilgrims would cause no disruption this year.

However, Egyptian cleric Yusuf al-Qaradawi last week called on Muslims to ostracise Iran and Russia during haj over their backing of Assad, stoking an already tense atmosphere.

In his Friday sermon the imam of Mecca’s Grand Mosque, Saleh bin Abdullah Hamid, also railed against the violence in Syria, calling on God to “be against the forces of oppressors” there.

Pilgrims said they were praying for an end to the fighting.

“I pray for the Syrian Muslims to be saved from the oppression they are being subjected to,” said Abdullah Abdulrahman Mohammed, 69, from Iraqi Kurdistan, a father of 12 who had just performed Friday prayers.

Last year nearly 3 million pilgrims performed the haj, with roughly a third from inside the conservative kingdom. The Saudi authorities said there have so far been 1.7 million arrivals from abroad and about 200,000 from inside Saudi Arabia.

Mecca’s merchants, famed across the Arab world, are already doing a thriving trade as pilgrims stock up on souvenirs such as prayer beads and mats, Korans, dates, gold and zamzam water, pumped from a holy well.

“The first time I saw the Kaaba I cried with joy. I prayed for myself and all Muslims,” said Nafisa Rangrez, 36, from Gujarat in India, who had waited five years for a haj visa.

All Muslims must face towards the Kaaba, the huge black cube at the centre of the Grand Mosque, f ive times a day for prayer, making a visit to the sanctuary a powerful experience. Pilgrims must circle it seven times when they arrive in Mecca.

Wednesday is the first official day of the pilgrimage, with Muslims following a set form of rites laid out by the Prophet and culminating on Friday with the Feast of the Sacrifice, Eid al-Adha, a holiday across the Islamic world.

“I would love to live here for the rest of my life. There’s no such place in the entire world. This is a blessed country,” said Ziad Adam, 23, a theology student from Kenya.

Saudi Arabia’s king is formally titled Custodian of the Two Holy Mosques and the ruling family has long based its claims to reign on its guardianship of Islam’s birthplace.

Over the past decade it has spent billions of dollars expanding the Grand Mosque and building new infrastructure to avert the stampedes and tent fires that marred past pilgrimages with hundreds of deaths. The last deadly stampede was in 2006, when 360 people were crushed to death. DM

Photo: Muslim pilgrims circle the Kaaba and pray at the Grand mosque during the annual haj pilgrimage in the holy city of Mecca October 22, 2012, ahead of Eid al-Adha which marks the end of haj. On October 25, the day of Arafat, millions of Muslim pilgrims will stand in prayer on Mount Arafat near Mecca at the peak of the annual pilgrimage. REUTERS/Amr Abdallah Dalsh