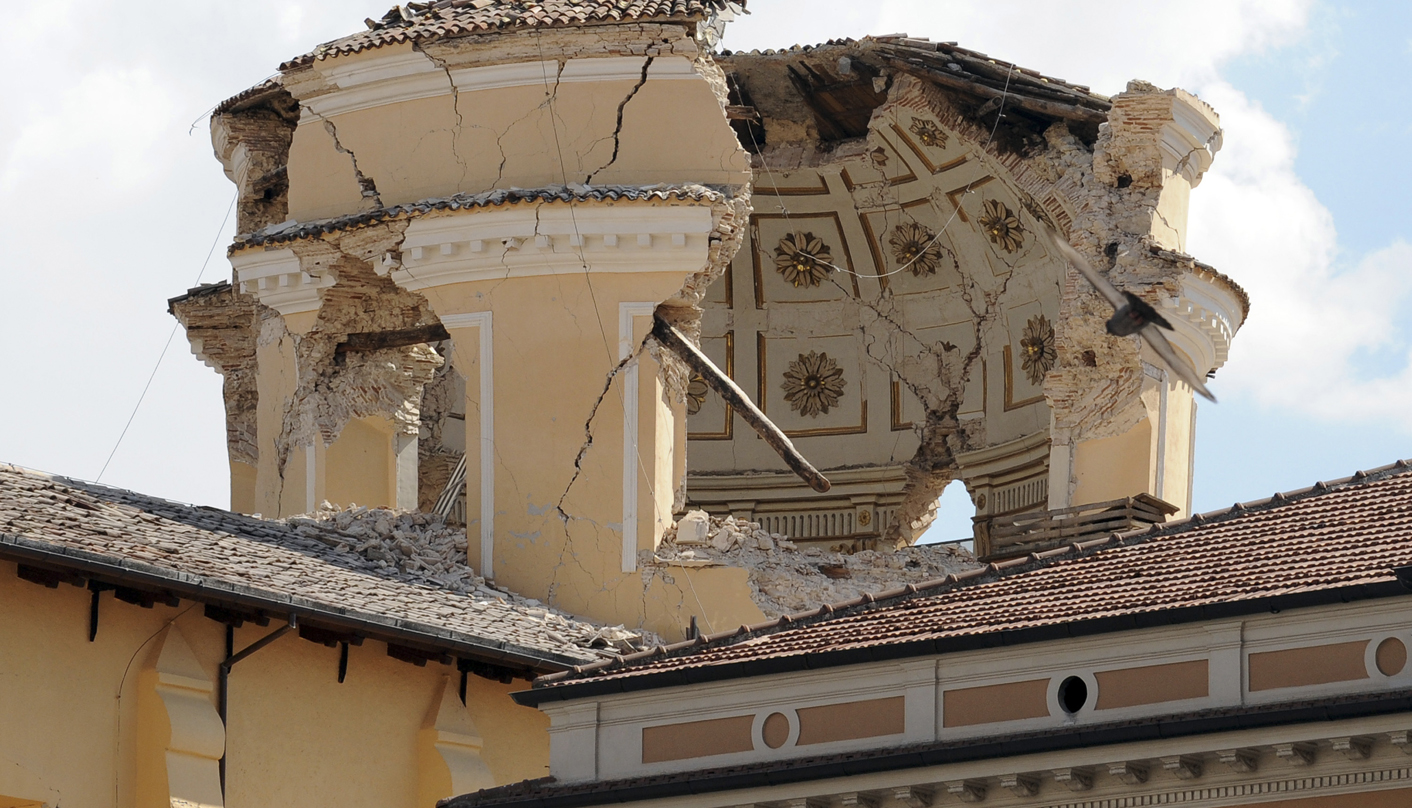 Six scientists and a government official were sentenced to six years in prison for manslaughter by an Italian court on Monday for failing to give adequate warning of an earthquake that killed more than 300 people in L'Aquila in 2009. By Alberto Sisto.

The seven, all members of a body called the National Commission for the Forecast and Prevention of Major Risks, were accused of negligence and malpractice in evaluating the danger and keeping the central city informed of the risks.

The case has drawn condemnation from international bodies including the American Geophysical Union, which said the risk of litigation may deter scientists from advising governments or even working in seismology and seismic risk assessments.

“The issue here is about miscommunication of science, and we should not be putting responsible scientists who gave measured, scientifically accurate information in prison,” Richard Walters of Oxford University’s Department of Earth Sciences said.

“This sets a very dangerous precedent and I fear it will discourage other scientists from offering their advice on natural hazards and trying to help society in this way.”

The 6.3 magnitude earthquake struck L’Aquila, in the Abruzzo region, at 3:32 a.m. on April 6, wrecking tens of thousands of buildings, injuring more than 1,000 people and killing 308.

At the heart of the case was the question of whether the government-appointed experts gave an overly reassuring picture of the risk facing the town, which contained many ancient and fragile buildings and which had already been partially destroyed three times by earthquakes over the centuries.

The case focused in particular on a series of low-level tremors that hit the region in the months preceding the earthquake and which prosecutors said should have warned experts not to underestimate the risk of a major shock.

Eva’s lawyer Alfredo Biondi said the decision was “wrong in both fact and law” but the verdict, delivered in a tiny improvised court room in an industrial zone outside the still-wrecked city centre, was welcomed by relatives of the victims.

“This is not thirst for revenge, it is just that our sister is not coming back,” said Claudia Carosi.

More than three years later, much of the once-beautiful medieval city is still in ruins and thousands of people have been unable to return to their homes.

Defence lawyers said earthquakes could not be predicted and even if they could, nothing could be done to prevent them.

“If an event cannot be foreseen and, more to the point, cannot be avoided, it is hard to understand how there can be any suggestion of a failure to predict the risk,” defence lawyer Franco Coppi said before the verdict was delivered.

Prosecutors, who had only sought a four-year sentence, said they did not expect scientists to provide a precise forecast.

But they argued the Commission had given “incomplete, imprecise and contradictory” information on the danger after a meeting on March 31, 2009, a few days before the earthquake.

The case is part of a wider controversy over the disaster in L’Aquila, which has been at the centre of a series of bitter rows over Italy’s disaster preparedness.

Central Italy is continuously shaken by low level tremors, very few of which precede bigger earthquakes and they are generally marked by no more than a brief statement from civil protection authorities.

Key to the dispute is the kind of cautious language, hedged by caveats and reserves which scientists typically use in predicting highly uncertain events, but which can be of limited use as a guideline for the general public.

According to scientific opinion cited by prosecutors, the dozens of lower level tremors seen before the quake were typical of the kind of preliminary seismic activity seen before major earthquakes such as the one that struck on April 6.

Instead of highlighting the danger, they said the experts had made statements playing down the threat of a repeat of the earthquakes which wrecked the town in 1349, 1461 and 1703, saying the smaller shocks were a “normal geological phenomenon”.

Italy is among the most earthquake-prone countries in Europe and has been struck repeatedly by lethal shocks, most recently in May 2012, when 16 people were killed and hundreds injured by a 5.8 tremor in the Emilia Romagna region. DM

Photo: The damaged dome of the Duomo church of San Bernardino is seen in downtown Aquila April 6, 2009. REUTERS/Alessandro Bianchi