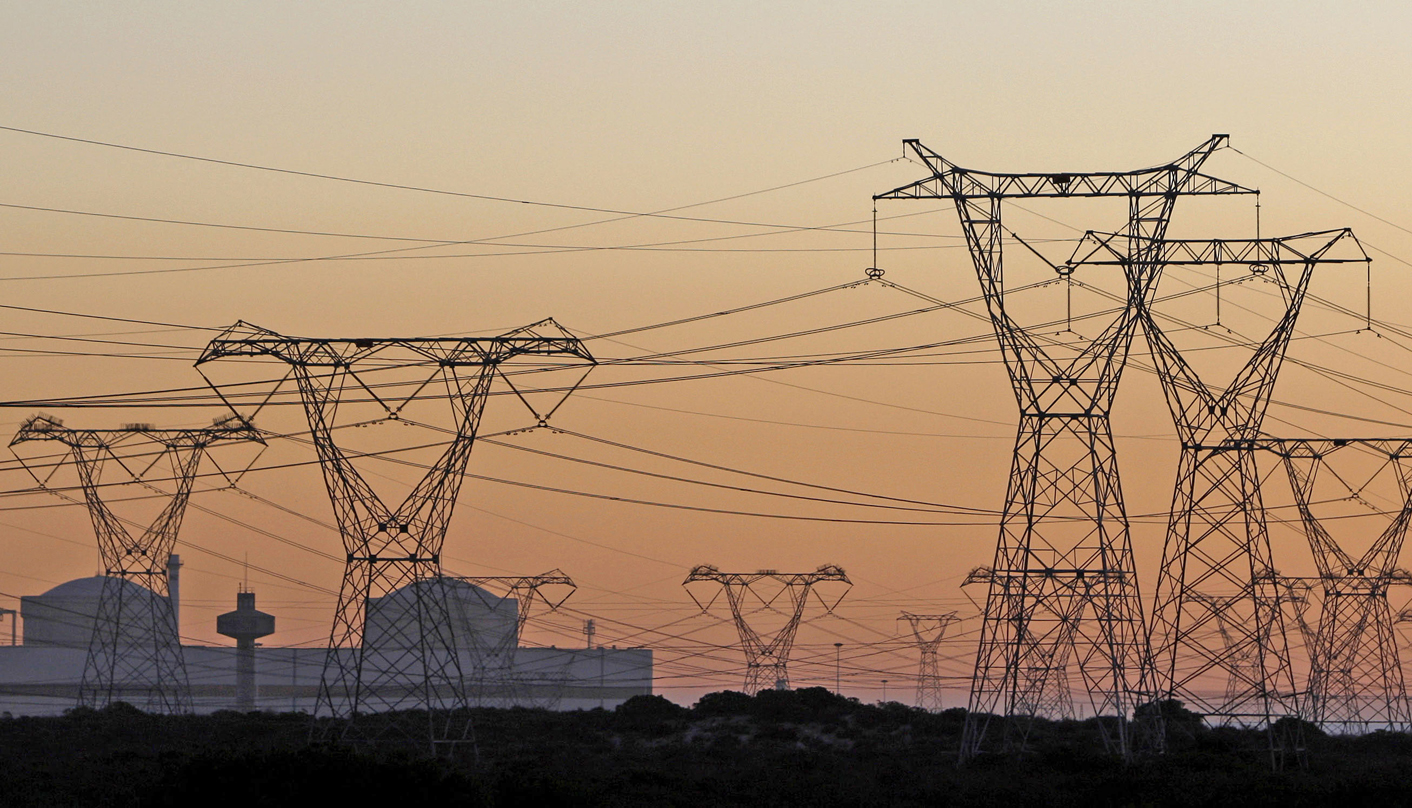 South Africa’s parastatal energy monopoly has announced it wants to charge consumers more for electricity - but what it is really doing is getting over-burdened tax payers and consumers to foot the bill for the company’s expansion plan. In the process it appears to be creating an environment where electricity may become so expensive that large consumers of energy won’t want to do business here. By MANDY DE WAAL.

Eskom’s spin doctors must have worked overtime to put lipstick on the energy monopoly’s announcement that it was going to National Energy Regulator of South Africa (Nersa) to ask for a tariff increase of 16%.

“We are planning for a growing and successful economy,” Eskom Chief Executive Brian Dames said in a carefully worded media release that landed in Daily Maverick’s inbox. “For that, we need to continue to invest in the electricity infrastructure which can support higher rates of economic growth and development and extend access to electricity to all South Africans.”

Dames was further quoted: “We seek to ensure that Eskom can cover the costs of supplying the electricity needed to power South Africa and invest in the future. Our application balances South Africa’s needs for a secure supply of power and for a sustainable electricity industry, with our recognition of the impact which tariff increases have on the economy, particularly on the poor.”

Politicians, consumer advocates and an expert in the energy field have hit back hard at Eskom. They say the utility is using consumers to fund its capital expansion programme; that the energy parastatal will scare off large businesses that are substantial consumers of electricity; that will damage the economy and could even render the country unstable.

The DA’s Shadow Deputy Minister of Energy, David Ross, slammed Eskom’s pricing formula, and said the energy monopoly was cooking the pricing books. “What we have seen with Eskom is that it abuses the formula for administered prices,” Ross told Daily Maverick. “It includes the government’s expected return on assets stipulated at 8.16%.”

“This is a ludicrous return for government to expect as it is not a shareholder in the real sense of the word. Eskom is not operating under market conditions and requires perpetual guarantees from government,” he said, and added that the funding model was supported by the taxpayer, who is already paying “outrageous electricity tariffs.”

“We believe that Eskom includes a line item (in its pricing formula) which is called the ‘return on cost of replacement of assets’, and we believe that these assets have been inflated. Some experts we have spoken to believe that this inflation may be as high as 1000% per cent,” said Ross.

“The DA would like to appeal to Nersa to reject this application on an inflationary basis, and because it is unaffordable for the people of South Africa.” Ross said that the DA would also be asking for clarity on Eskom’s pricing formula.

The DA Shadow Deputy Minister of Energy pointed out that the demand for electricity is more than 2% lower than it was last year, but said the new power stations could make electricity unaffordable. “Coal-fired Medupi alone, once financing costs have been considered, will likely produce electricity at a kWh price higher than wind energy and come in at cost overruns of R60bn.”

The ANC’s investment arm, Chancellor House, has frequently made headlines because of how it has benefitted from energy deals and tenders related to Eskom. Chancellor House had a share in contracts for boilers for the Medupi and Kusile power stations via its interest in Hitachi Power Africa.

A couple of months ago the Mail & Guardian established that Chancellor House had a 10% stake in Bateman Africa, an engineering company that got a R2-billion contract from Eskom for materials-handling at Kusile.

“The award of the contract followed Eskom’s controversial decision in 2007 to award a R40-billion tender for boilers at the Medupi and Kusile power stations to Hitachi Power Africa, in which Chancellor House has a 25% shareholding,” the Mail & Guardian reads.

“Eskom’s entire capital build programme is effectively built on borrowed money. They go to the capital markets and they borrow billions, and they borrow this on the strength of the utility’s balance sheet. And if the balance sheet is not strong enough, the lenders get a bit nervous and the shareholder (government) needs to put in equity.” But in the case of Eskom and the government, no equity has been put in and the government has guaranteed the debt.

On the strength of Eskom’s balance sheet and government’s debt the parastatal borrows an amount – let’s say R350 billion. Eskom then has to repay the capital amount it has borrowed as well as interest on that debt. “The tariff funds the cost of borrowing on a debt which could be spread over a period, of say, 40 years,” Yelland said, adding: “The tariff must not only be enough to cover the normal operating cost of the business – which means the cost of coal, staff, the cost of running the operation – it must also be able to pay the interest per month and the repayment.”

The problem in this equation is that the government hasn’t come up with any equity and so the entire capital payment and interest has to be covered by Eskom’s tariff, which is why it is so high.

Yelland warns, though, that this approach could do significant damage to the economy. “If the prices go up too sharply there are a number of consequences. There are a lot of energy-intensive industries in South Africa that have come here because this country used to have cheap electricity. Now, that electricity is not cheap, and those businesses are not competitive anymore.”

“People typically say: ‘Why don’t we just use less electricity?’ But that is just about the worst thing that could happen.” Contrary to what one would expect, electricity doesn’t follow the usual laws of supply and demand, because it is in an artificial market. “When the demand for electricity reduces, the price doesn’t go down. With Eskom’s electricity, all the capital cost has been committed up front,” explained Yelland.

The monthly capital costs and interest repayments are fixed each month for as long as the loan agreement (which could be 40 years), so if there is a sudden reduction in electricity demand the only way Eskom’s fixed costs can be met is through increasing prices.

“Everyone who isn’t pulling out of South Africa will just have to pay more,” said Yelland. “If there was a sudden sharp decrease in demand, the price of electricity would go through the roof.”

And this drives what could be quite a vicious cycle. Eskom pushes prices up. More large energy consumers leave. Less electricity is consumed and the energy parastatal has no other recourse but to hike prices even more.

“This is when the wheels come off, and it is a situation that is quite plausible. It is called ‘stranded assets’. This is when the price rises to the extent where you have built all these power stations but you don’t have any customers to supply, and you still have to pay the capital expenditure and interest on those stations,” Yelland said.

The bottom line for Yelland and Ross is that Eskom funded too much of its operations by debt (and no equity) which means the tariff has to be very high. If this sounds like a familiar business model, it is. Think of Sanral and the e-tolling debacle. Sanral had no financial assets to speak of and didn’t have capital backing. No problem – it simply borrowed the entire capital cost of the project with the aim of passing this on to the consumer.

“Something has got to give, and what will give is stability. This type of approach will bring social unrest, civil violence and economic damage. Consumers and taxpayers are overburdened, and this country will cease to be an attractive proposition for doing business in. The energy intensive users will simply decide SA is not a good place to be,” Yelland said.

Consumer Fair’s Paul Crankshaw was exasperated when Daily Maverick called him for comment. “I really don’t know what to say anymore. We have had five years of this one-sided approach to energy. Sadly, we will reap the unintended consequences of these price increases, which I think will be labour unrest; a far higher demand for wages and a lot more economic misery at the household level,” he said.

“Consumer Fair has always said that there should be some sort of affordability index that can objectively indicate whether the prices are too high, but sadly there has been no hint of that. The increase once again takes place in a policy vacuum where it appears no consideration has been given to what people can afford, or not. The application has simply been made on Eskom’s terms.”

Crankshaw said that consumers were buckling under the strain and this was evidenced in spiralling consumer debt, more particularly unsecured debt, which has risen year on year by 40%. “We believe that people are borrowing merely to consume in many cases, and the cost of living increase is driving higher levels of borrowing.”

As life becomes unaffordable the working classes take to the streets, labourers leave shafts and factories and demand more money. Unless Eskom figures out a way to stop boiling the proverbial goose that lays the golden egg, South Africa might end up in scalding water. DM