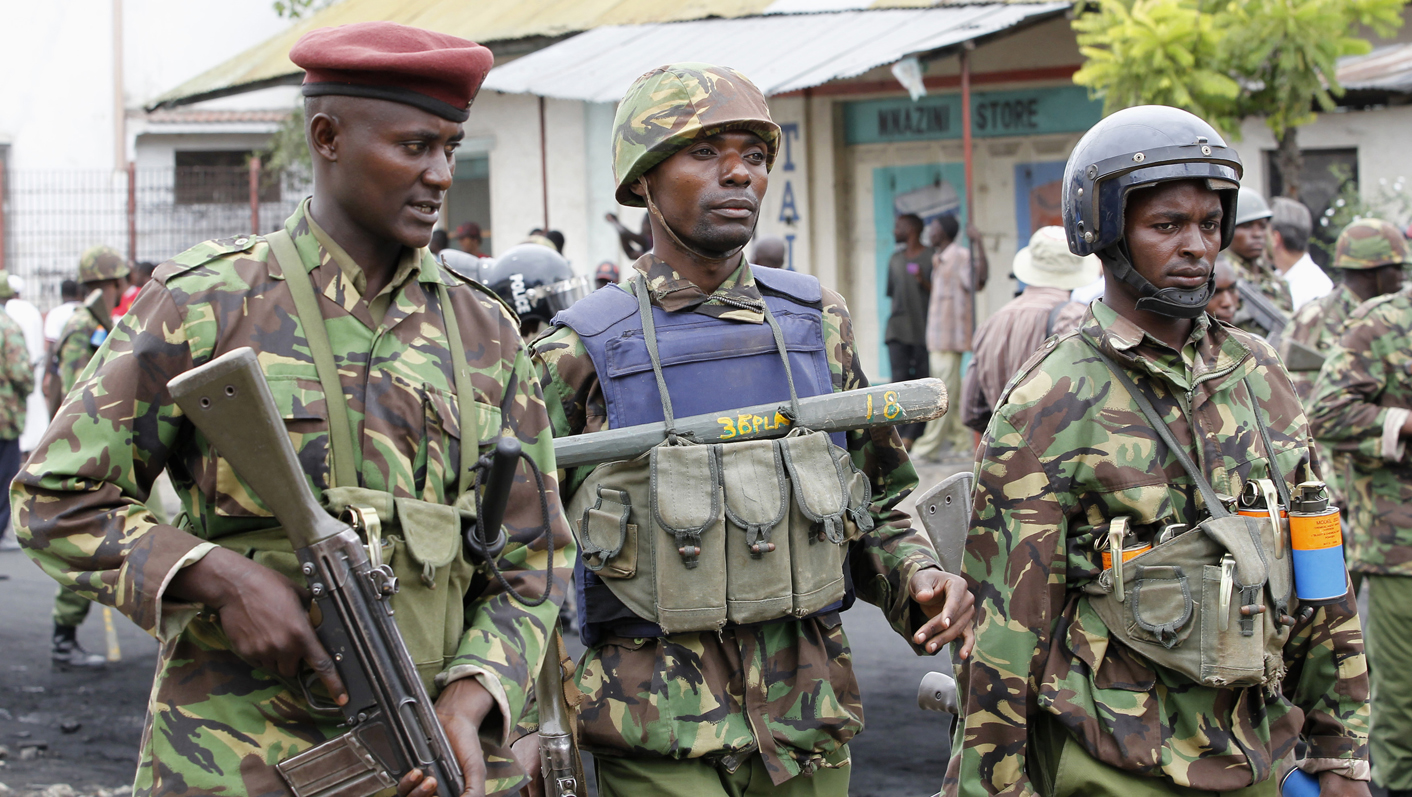 A spiritual leader disappears in Zanzibar. Riots shut down central Dar es Salaam. In Mombasa, a would-be rebel is badly beaten by police. All over East Africa, tensions between governments and a number of Muslim groups are running at an all-time high, and no one is in the mood for compromise. SIMON ALLISON wonders if the latest crackdowns will have the opposite of the intended effect.

As each day passes, the mystery around the disappearance of Sheikh Farid Hadi grows deeper. The Zanzibari cleric went missing on Tuesday last week, and even though he reappeared on Friday, no one’s quite sure where he was or what happened to him in the intervening four days.

His supporters have one story. They claim that the cleric, the spiritual leader of Zanzibar’s Uamsho (‘awakening’) movement was kidnapped by police in apparent retaliation for Uamsho’s demand that Zanzibar be given full autonomy from mainland Tanzania. Venting their frustration with this perceived persecution, the cleric’s supporters caused havoc on the island last week: blocking roads with chopped-down trees, burning tyres, throwing stones at police. Police responded in kind, with batons and tear gas. The unrest forced shops in Zanzibar’s capital Stone Town to close, and one policeman was killed – stabbed multiple times and left to die in a drainage ditch.

When he emerged on Friday, Sheikh Farid supported this version of events. “Four men who had their faces covered seized me on Tuesday. They were interested in getting information on our activities, my trips to Oman and Saudi Arabia.… They inquired about messages I received in my mobile phone and as we speak they have not returned my handsets,” Sheikh Farid told reporters, adding that the men had introduced themselves as security officers. “At one time they shot on the floor to scare me into telling them what they wanted to hear.”

Tanzania’s security services vehemently deny this, saying they had absolutely no idea where Sheikh Farid spent those four days – they couldn’t find him either, apparently, although not everyone bought this denial. “Zanzibar is literally a village where everybody knows everyone else; it beats the wits out of everyone that one Sheikh Farid Hadi Ahmed… could disappear into oblivion just like that. The Zanzibar police owe the public some explaining,” wrote the Tanzanian Guardian.

On Saturday, just one day after his return, Sheikh Farid was formally detained by police. After a lengthy interrogation, they claimed to have solved the mystery of his whereabouts: “He was not kidnapped…he did it on his own,” said Zanzibar’s Police Commissioner Mussa Ali Mussa. The good sheikh, in other words, kidnapped himself – to what end, commissioner Mussa did not explain.

If the police’s version of events is true, than it is the most extraordinary coincidence that on the same day – Tuesday – that Sheikh Farid faked his own disappearance, another prominent Muslim cleric was detained by police.

There is no confusion over this one. Sheikh Ponda Issa Ponda was arrested on the mainland in Dar es Salaam and charged on two counts, the most serious being “inciting followers to commit violence”. Sheikh Ponda is thought to have encouraged those violent followers of his to attack five churches in Dar es Salaam on 12 October, in retaliation for an incident in which a Christian boy unequivocally proved to his Muslim friend that urinating on a Quran does not turn one into a snake.

Sheikh Ponda’s followers weren’t all that happy about his arrest, and marched through the streets of Dar es Salaam voicing their displeasure: rocks were thrown, teargas was sprayed and a heavy police presence shut down the city centre.

The two incidents in Tanzania symbolize the growing friction in east Africa between governments and conservative Islamist groups. This is most obvious in Somalia, of course, where it has taken a five-member coalition of African countries to put al-Qaeda-linked militant group Al-Shabaab on the back foot. It is less obvious but no less present in Ethiopia, where huge protests from the Muslim community – some estimates suggest in the hundreds of thousands of people – have gone largely unreported. Here, many Muslims are upset at what they see as undue government interference in religious affairs (and they probably have a point).

And in Kenya, still the most influential country in the region, news in recent months has been dominated by tensions between the government and various groups in Muslim-dominated Mombasa and surrounds. In another suspicious coincidence, just one day before Sheikh Farid went missing in Zanzibar and Sheikh Ponda was arrested in Dar es Salaam, the leader of the secessionist Mombasa Republican Council (MRC) was arrested during a police raid. Omar Mwamnuadzi claims to have been badly beaten during his arrest, and said he would be dead if his bodyguards had not intervened. Several other prominent MRC members were arrested, while others are on the run. A Kenyan MP, Sheikh Mohammed Dor, was also caught up in the crackdown after commenting that he would be ready to fund MRC activities.

These arrests were all the more unexpected since it was only this July that the MRC was declared by a court to be a legal political grouping, after years of featuring high on the government’s banned list. Just three months later, the MRC finds itself back on the list, much to the delight of many Kenyans worried about the potentially destabilizing effect they will have on the upcoming presidential elections (the MRC was calling for an electoral boycott).

“So the MRC, in my personal opinion, are just petty criminals who should be dealt with mercilessly and ruthlessly by the security organs in this country,” said Dr Douglas Kivoi, a Kenyan governance analyst and researcher. “Remember the Taliban in Pakistan started the way MRC is behaving, and we all know the effects and atrocities the Taliban are committing in Pakistan and Afghanistan.”

This analogy should give some pause for thought. Even if we accept that the MRC and the Taliban employ similar methods and ideologies, with similar goals (which is debatable), it is also true that the military might of the United States of America has not been able to comprehensively defeat the Taliban in more than 10 years of fighting. And Kenya’s security forces, even emboldened by their supposed victory against Al-Shabaab in Somalia, are unlikely to fare any better. The same goes for Tanzania’s crackdown against Islamist groups.

A more cautious approach might yield greater rewards. “Sometimes, because of the sensitivity of the issues, it calls for circumspection,” said Andrews Atta-Asamoah, a senior researcher at the Institute for Security Studies. “It might not be the best idea to treat the leaders of these groups as criminals. Kenya and Tanzania will have to learn a lot from what happened to Boko Haram and how it evolved after their leader was arrested.” Boko Haram, in its current form – the form that has killed more than 1,000 people in Nigeria since 2009 – evolved after the death in police custody of its original leader, who was arguably more moderate than the leaders which followed him. “You confuse the group and they kick into a survival mood, which invariably involves more violence,” added Atta-Asamoah.

Kenya and Tanzania would do well to remember this advice as they consolidate their crackdown on various Islamist groups. The same goes for Ethiopia, should it be contemplating a similar move. Somalia, like Nigeria, has already learned this lesson the hard way; the genesis of Al-Shabaab was the Ethiopian invasion of 2006-2007 that unseated the significantly less fundamentalist Islamic Courts Union.

Undeniably, East Africa is going through a tricky period, with a number of different Muslim groups at the forefront of anti-government protests. There are some concerns that, as Kivoi described it, “a brand of radical Islam is trying to gain a foot hold in East Africa”. It is more true, however, that each group in question is largely motivated by very specific domestic issues: the secession of Mombasa for the MRC; the autonomy of Zanzibar for Uamsho; religious independence and a greater say in government for Ethiopia’s Muslim demonstrators.

These are all ultimately political problems requiring political solutions. East Africa’s challenge will be to find capable politicians able to recognize this and act accordingly. So far, if the recent spate of arrests and riots are anything to go by, these are in short supply. DM

Photo: Kenyan security forces patrol around the Majengo neighbourhood as Muslim faithfuls chant slogans during a protest against the killing of Sheikh Aboud Rogo Mohammed, after Friday prayers at the Masjid Mussa Mosque in the Kenyan coastal city of Mombasa, August 31, 2012. The killing of Muslim cleric Aboud Rogo Mohammed on August 27, 2012, accused by the United States of helping al Qaeda-linked Islamist militants in Somalia, triggered riots and violence in which five people, including three police officers, were killed. REUTERS/Thomas Mukoya