After 79 years in print, Newsweek goes digital only 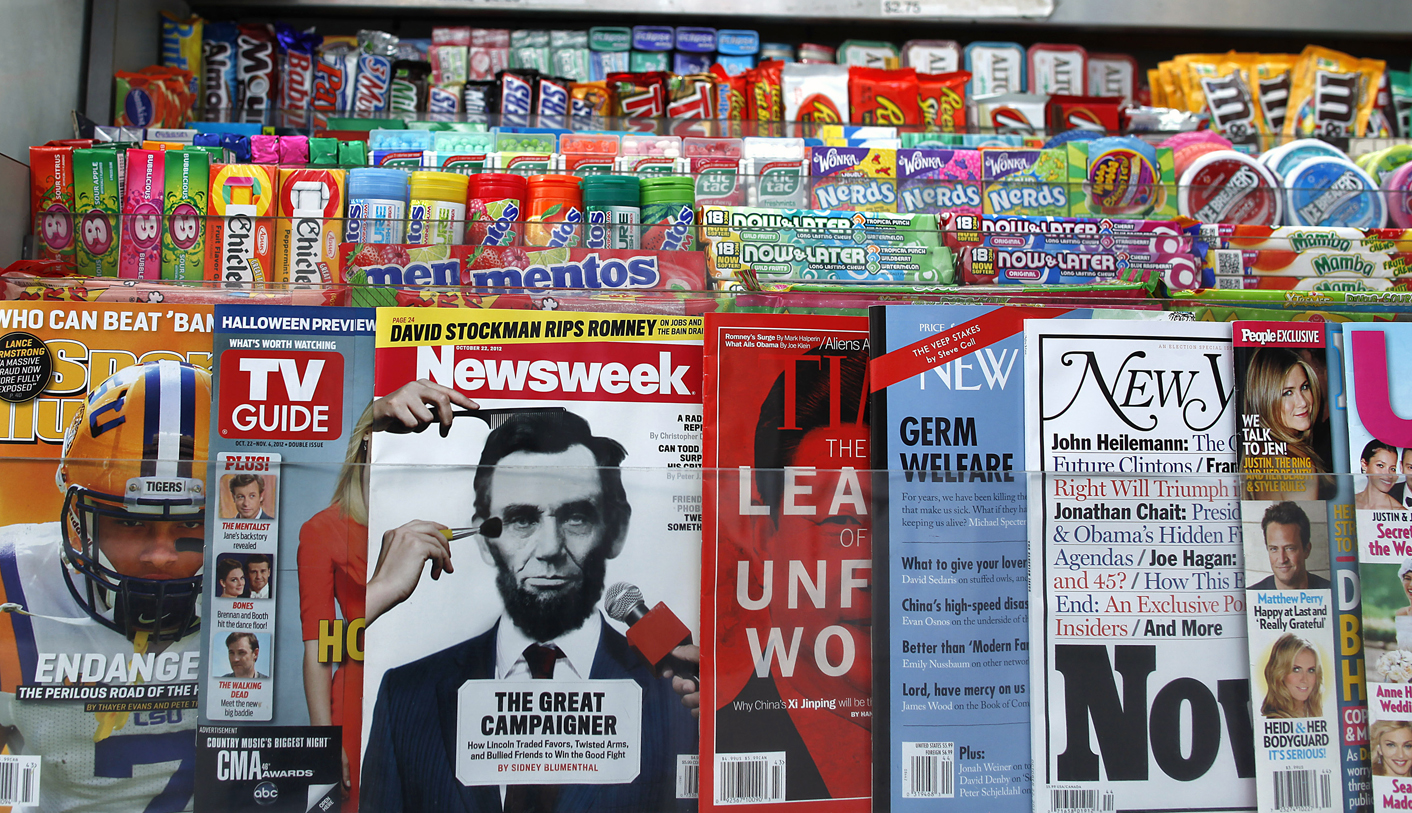 Newsweek, one of the most internationally recognized magazine brands in the world, will cease publishing a print edition after nearly 80 years. By Jennifer Saba and Peter Lauria.

The decision to go all-digital underscores the problems faced by newsweeklies, as more consumers favor tablets and mobile devices over print in an increasingly commoditized, 24-hour news cycle.

The final print edition of the weekly current affairs magazine will hit newsstands on Dec. 31.

The move was not unexpected given both the macro changes affecting the magazine industry and, more specifically, the comments made in July by Newsweek’s owner Barry Diller, head of IAC/Interactive Corp, about the expense of producing a print magazine.

Immediately after Diller’s comments, Tina Brown, editor-in-chief of Newsweek and The Daily Beast, wrote a post on the magazine’s Tumblr page titled, “Scaremongering,” that sought to downplay speculation that it would go all-digital.

But in an interview with Reuters, Brown said of the decision to shelve print, “We started discussing it very fiercely and intensely in June. It’s been in the works a long time, in a sense. And today, we felt ready and absolutely committed to going the course we charted.

“When I returned to print with Newsweek, it did very quickly begin to feel to me (like) an outmoded medium,” Brown continued. “While I still had a great romance for it, nonetheless I feel this is not the right medium anymore to produce journalism.”

Brown held a town hall-style meeting on Thursday at 11 a.m. EDT (1500 GMT) to break the news to the company’s business and editorial staff, according to sources. These sources said she treated the staff to breakfast, lunch, and dessert.

Plans calls for the magazine to become a subscription-based digital publication rebranded as Newsweek Global. Its current 1.5 million subscriber base – a decrease of 50 percent from its one-time peak of 3 million – will be given access to the digital edition.

A representative for the company said the cost of the digital-only Newsweek would be on par with current print price. According to the company’s website, Newsweek’s iPad edition costs $24.99 annually and a combined print-iPad yearly subscription costs $39.99.

Select Newsweek content will be available for free on the Daily Beast, which itself is entirely free and advertising-supported.

The transition to digital will result in job cuts, though Brown and Chief Executive Baba Shetty declined to specify how many.

Known as an editor who breathed life into many magazines including Great Britain’s Tatler, Vanity Fair and the New Yorker, Brown was unable to revive Newsweek – a title that has been challenged over the past several years.

Under her tenure, the magazine has gained more recognition for its covers than its content. It recently published a widely panned cover on the Muslim uprising in the Middle East, for instance. Other, negative attention-grabbing covers featured a photo-shopped picture of the late Princess Diana and President Obama under a halo with the tagline “The First Gay President.”

Brown brushed off the criticism, however, saying that, “The Newsweek cover has become a game – people discuss it, share it, tweet it, it drives them to the content.”

Ultimately, the buzz the covers created failed to outweigh the $40 million that Shetty said it cost to print and distribute Newsweek annually. The figure does not include the cost of staff, offices and other expenses.

Neither Brown nor Shetty would reveal how much money the magazine is losing, but reports put the figure at $40 million.

Newsweek isn’t the first current events magazine to go all-digital – U.S. News & World Report made the move in 2010. And the demise of Newsweek’s print product calls into question the plans of its competitor Time magazine.

“We have certainly moved past seeing them as a single competitor,” said Stengel of Newsweek. “Our competitor is everybody. We have done very well and we will continue to do very well.”

According to data from the Publisher’s Information Bureau, Time’s ad pages through June 30 were down 19 percent to 539 pages while revenue fell 14 percent to $176 million.

By contrast, Newsweek’s ad pages for the first half of the year were up 7.6 percent to 344 pages and revenue increased 13.3 percent to nearly $70 million.

However, a source close to the magazine, said Newsweek’s increases were the result of deep discounting which led to higher volume.

The company’s representative said Newsweek offered discounts to certain advertisers, adding such discounts is the industry norm and related to volume, frequency, positioning, and other factors.

George Janson, managing partner, director of print for GroupM, the media buying arm for the worlds largest ad agency WPP Plc, said when his firm considers placing ads they do so based on the title, not on a so-called “category” such as newsweeklies.

“There are a lot of vital (weeklies) that have done a remarkable job expanding their brand,” he said, citing the New Yorker, the Economist, the Week and Time. “I think the situation with Newsweek is that they lost their way editorially. I think advertisers began to loose faith.”

While there are exceptions, the magazine industry at large is suffering a fate similar to its book and newspaper print brethren: huge declines in readership and advertisers who are choosing to put their dollars elsewhere.

Time Warner’s publishing unit, home to magazines such as Time, People, and Fortune has also suffered declines. Revenue fell 7 percent to $1.6 billion in the first half of the year, while operating income slipped 60 percent to $93 million during the same time period.

Founded in 1933 by Thomas J.C. Martyn, a former foreign editor at Time, Newsweek’s pages have hosted some of journalism’s biggest names: Jonathan Alter and Anna Quindlen. In the early ’90s, one of its reporters, Michael Isikoff, was the first to learn about allegations of a sexual relationship between then-President Bill Clinton and White House intern Monica Lewinsky and his stories played a major role in the saga that almost brought down Clinton.

More recently, however, Newsweek has traveled a bumpy road.

It tried to reinvent itself under the ownership of the Washington Post Co and former editor Jon Meacham by publishing long-form journalism while simultaneously trying to ape the look of The Economist.

But the redesign failed to stem losses and resulted in its sale in August 2010 to the late stereo magnate Sidney Harman.

Harman, who bought the struggling newsweekly for $1 plus the assumption of its more than $50 million in liabilities, viewed owning Newsweek as more of a philanthropic effort than an actual business endeavor.

Diller and Harman decided to merge their titles in November 2010 — the rationale was to leverage the combined audiences of the Daily Beast and Newsweek to cross-sell advertising at both publications and subscriptions for magazine.