Lance Armstrong steps down from charity, Nike drops him 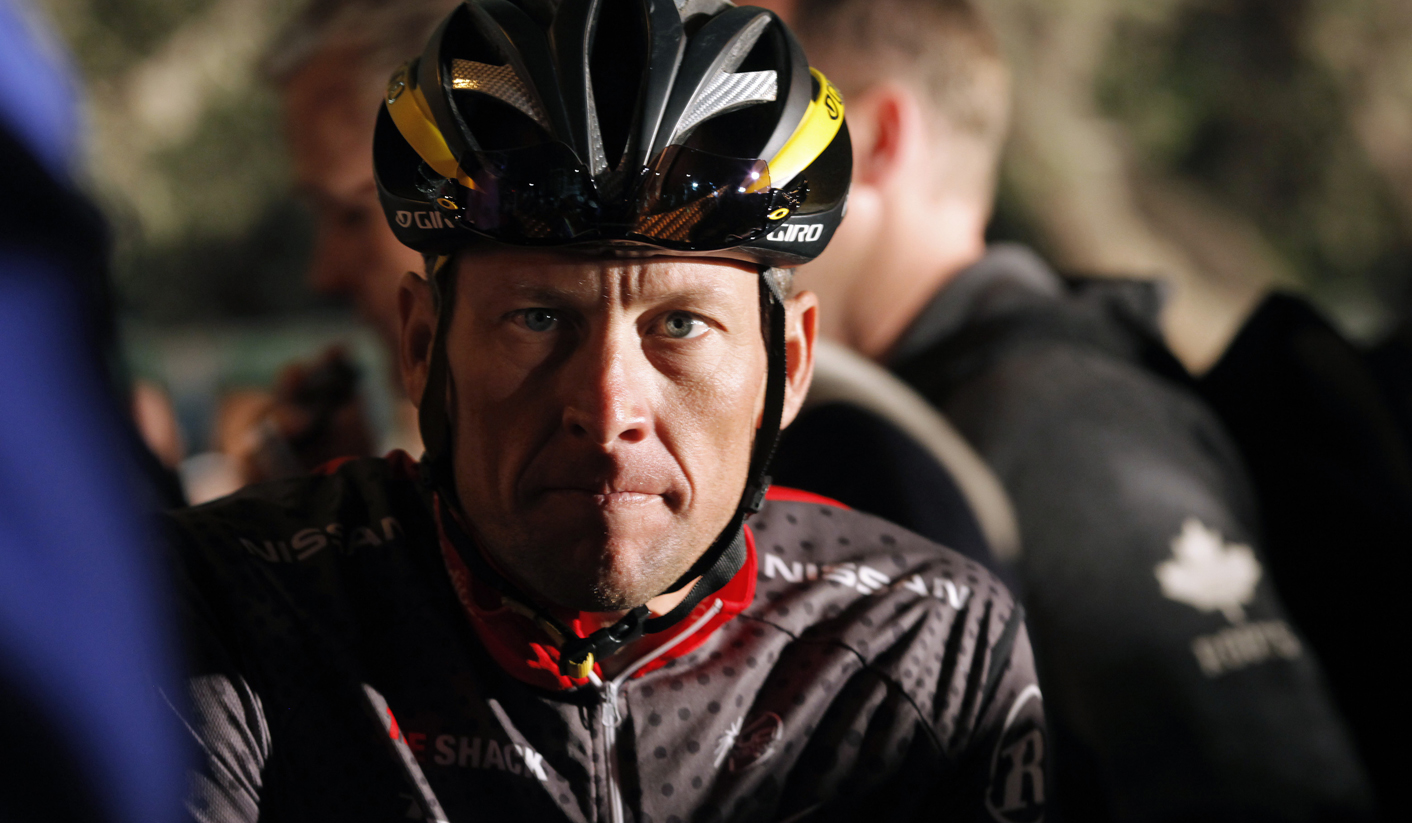 Lance Armstrong stepped down as chairman of the Livestrong cancer support charity he founded, as Nike Inc dropped the disgraced cyclist over the doping scandal that will likely cost him his seven Tour de France titles. By Corrie MacLaggan.

Armstrong’s Livestrong foundation is best known for the more than 70 million iconic yellow rubbery wrist bands that have been distributed worldwide, but the scandal threatened to overshadow the group’s wider work with cancer patients. So far, donations have actually increased despite the scandal.

“To spare the foundation any negative effects as a result of controversy surrounding my cycling career, I will conclude my chairmanship,” Armstrong said in a statement on Wednesday. He will continue to serve on the board.

At around the same time that the foundation announced Armstrong’s resignation, Nike posted a statement to its website saying the athletic apparel maker would still back the charity but could no longer sponsor the man behind it.

“Due to the seemingly insurmountable evidence that Lance Armstrong participated in doping and misled Nike for more than a decade, it is with great sadness that we have terminated our contract with him,” the company said.

Beer maker Anheuser-Busch said it too would end its relationship with Armstrong when his contract expires at the end of this year, though it would also continue to back the foundation and its athletic events.

Oakley Inc, the sunglasses brand also associated with Armstrong, said in a statement it was reviewing the reports into the cyclist’s conduct and awaiting a final decision from the sport’s international authorities. A Radio Shack spokesman said the electronics retailer remains a sponsor of Armstrong and Livestrong.

ESPN reported two other sponsors, Trek Bicycles and the energy drink maker FRS, were also ending their relationships with the cyclist. Representatives of the two companies were not immediately available to comment.

Armstrong, now retired, is set to lose his record seven Tour de France titles after the U.S. Anti-Doping Agency published a 1,000-page report last week that said the American took part in and organized an elaborate, sophisticated doping scheme on his way to his unrivalled success.

Cycling’s world governing body, the International Cycling Union, has yet to rule on the USADA report. They can either confirm Armstrong’s life ban and strip him of his seven Tour titles or take the matter to the Court of Arbitration for Sport.

The report accused Armstrong, as head of the US Postal Service Pro Cycling Team, of running “the most sophisticated, professionalized and successful doping program that sport has ever seen.” It included sworn testimony of 26 people, including 15 riders, who described years of performance drug use.

Armstrong, 41, has always denied he took banned substances during his glittering career but decided not to challenge the USADA charges against him.

That defiance was such a part of Armstrong’s personal brand that Nike made a commercial in the early 2000s featuring him being tested for drugs.

“Everybody wants to know what I’m on. What am I on? I’m on my bike, busting my ass six hours a day. What are you on?” Armstrong said in a voiceover to the ad.

Before Armstrong, the most high profile athlete dropped by Nike was probably the football player Michael Vick, cut loose in 2007 amid charges he bankrolled a dog-fighting ring.

One analyst who follows the company dismissed the idea that separating from Armstrong would have any impact on Nike or its sales of Livestrong products.

“I am not sure the average Joe really cares. Nike and all sporting goods companies have a history of standing by their sponsored athletes,” said Paul Swinand, a retail analyst at Morningstar.

“Let’s put it this way. There’s a guy on my street that has survived cancer three times. Brain cancer. Is he going to take out the Livestrong band? No.”

Armstrong founded the Lance Armstrong Foundation in 1997, not long after being diagnosed with testicular cancer, according to the foundation’s website. The organization launched the Livestrong brand in 2003 as it widened its cancer patient-support services. The foundation is now known by both names.

His departure as chairman comes just two days before the foundation’s fund-raising gala in Austin, Texas, where Armstrong lives. Celebrities such as Sean Penn and Ben Stiller are expected to attend, with comedian Robin Williams and singer Norah Jones to provide entertainment.

“It is his effort to inoculate the foundation against any risk or damage associated with current controversy in the cycling world,” Livestrong spokeswoman Katherine McLane said in an interview.

So far, the foundation’s financial health appears not to have suffered from Armstrong’s cycling scandal.

Contributions have actually risen this year as the probe gathered momentum. For the year 2012 to date, the foundation has reported revenue of $33.8 million, up 2.1 percent from this point a year ago, according to documents provided to Reuters.

Austin resident Jennifer Harris said that Wednesday’s news in no way changes her plans to raise money for Sunday’s Team Livestrong Challenge, in memory of a friend who passed away a year ago after a 13-year battle with cancer.

“I feel like Livestrong is something that is frankly bigger than Lance Armstrong,” Harris said.

Since late August, when Armstrong said he would not contest the USADA findings and the agency said it planned to strip him of his titles, Livestrong has received more than 16,000 contributions, averaging about $97 each.

One of Armstrong’s most prominent backers, Texas governor and one-time presidential candidate Rick Perry, insisted people should not connect the allegations or Armstrong’s resignation to the cancer research he has backed.

“People of the state of Texas, and people around the world, have to decide whether or not Lance Armstrong is still a hero to them,” he said at a press conference Wednesday. DM