Reporter’s notebook: The self-limiting politics of the SA people 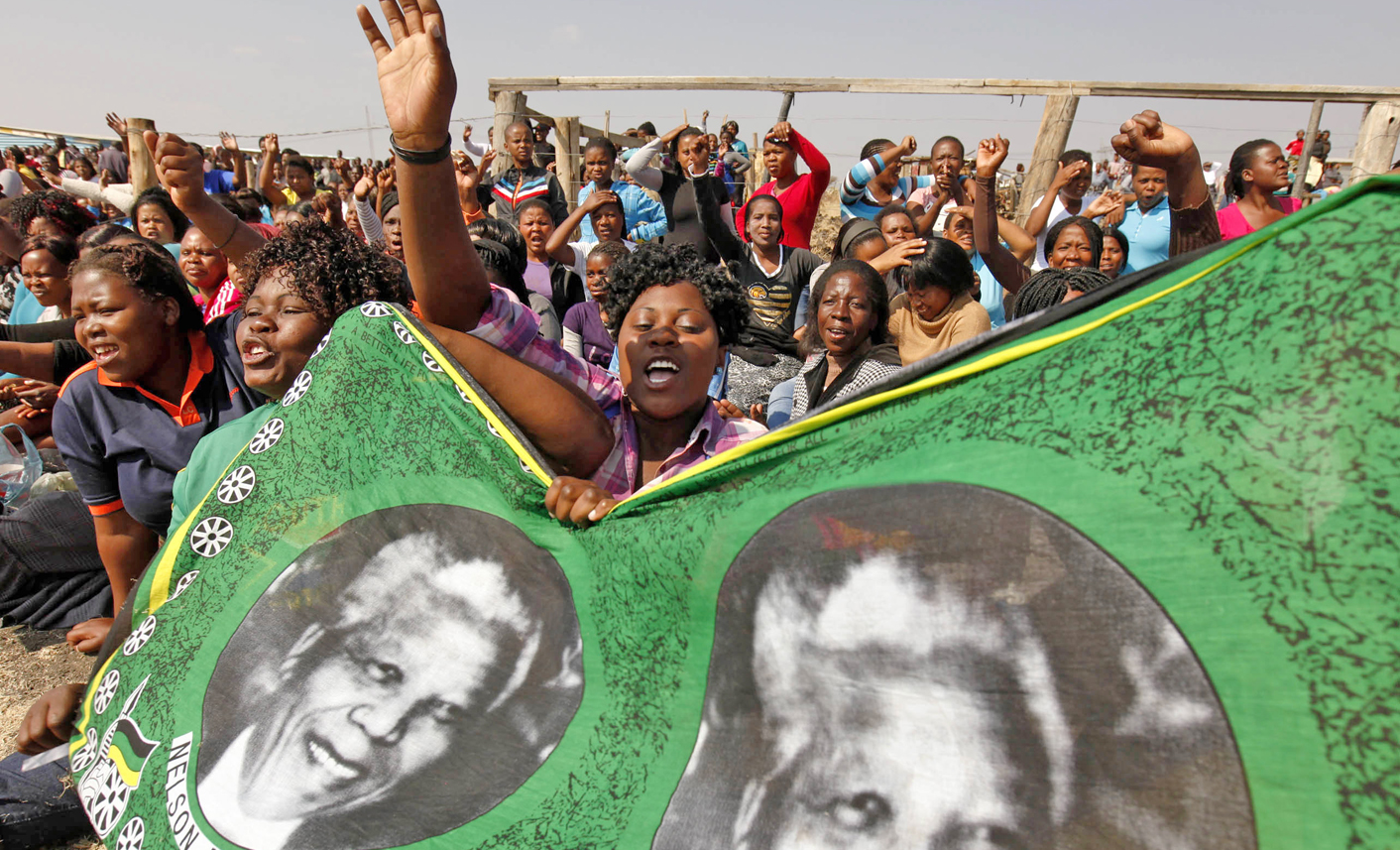 From Makause to Diepsloot, the Eastern Cape to Marikana, poor, working-class and unemployed people have had enough. But why aren’t they doing anything to change this? MANDY DE WAAL talks politics with ordinary people out on the street.

Rector Shabangu is fed up with the government. He says its all promise and no delivery. An unemployed shack dweller in Gauteng’s East Rand, Shabangu’s says he’s voted faithfully in election after election in hope that the democracy will bring something better.

But 18 years into South Africa’s democracy, Shabangu’s payback is the bitter pill of disappointment. “The government seem to be promising, it doesn’t provide us. It seems as if we are voting for nothing. We vote for the government but the government doesn’t assist us. I just told myself that it is either, or neither, or nothing. I do vote, but nothing happens,” Shabangu says.

He answers a question this journalist asks frequently in Marikana, the North West or Makause in Germiston, in the Eastern Cape or any other location where there is news. The question is asked many ways, but the baseline is the same: “Are you happy with the government?” The answer is invariably a variation of the negative.

For Shabangu, the answer was this: “I think the ANC is finished, and it is too hard for me to vote for the DA. I think it is much better if I leave the ANC, because I don’t see whatever the ANC is doing. Those people are just working for their own pocket, we don’t matter. It seems as if we need a new party, not that ANC. That ANC… hayi. It is not right.”

The decision not to vote is one you hear often in informal settlements or among the unemployed and working classes unhappy with service delivery, police brutality, that they have no water, or whatever other oppression they are experiencing and they understand the government or ANC to be responsible for.

Other variants heard in townships recently include this response from an elderly, impoverished man: “They can say we must vote. That we must just vote. Yes, we can vote for another party but still it is going to remain the same. Why? Because whenever someone gets something he doesn’t think for the other one. He thinks for himself. Or she thinks for herself. They are all more or less the same. If we vote we will just get the same.”

When he is asked whether it was possible to change human behaviour, whether selfish politicians could somehow be coerced or goaded to become more community-minded, to care and to contribute to real development, he responds, “Can we change this? How are we going to change this? What are we going to do? Maybe you will say I must vote for you. You promise me you are going to do something, but at the end of the day nothing happens.”

The typical middle class response to this is to question why people aren’t voting for someone else. And then these same chattering classes who spew forth the maxim that people who don’t vote deserve what they get.

Trotting out these judgmental accusations is a favourite past time of commentators who are ignorant about why people exercise what is also a democratic choice. In many ways that kind of logic is similar to the kind of guilt-inducing invective used by President Jacob Zuma to try to get people running to the ballots: “If you do not vote, you are depriving yourself of a freedom we have fought for and given you. You are deciding to oppress yourself… you are failing yourself and the nation.”

I agree with Rhodes University politics lecturer Richard Pithouse, who understands that democracy isn’t just about elections to state office. “Democracy is a day-to-day practice that includes the right to express dissent in multiple ways and to constitute multiple associations for collective discussion and action. A collective decision not to vote in an election is in no way a renunciation of democratic values,” he writes.

“When people in a particular area take a collective decision not to vote they will be clearly understood to have made a collective political statement,” he continues, and adds: “If people are ANC supporters but feel betrayed by the party the choice not to vote allows them to express their dissatisfaction without having to vote for another party. Given that there is no progressive alternative to the ANC it is easy to understand why ANC supporting shack dwellers do not want to support other parties.”

So why don’t the poor or unemployed form their own political party? Resources are one issue, because politics is a game played by the “haves”. Then there’s the matter of daily survival. Lastly, as Pithouse points out, standing as independents can be inadvisable or impossible.

“It can be inadvisable because social movement activists are always stigmatised as having designs on power or as being manipulated by people with designs on power. The refusal of electoral politics is often an important way of avoiding this slur and keeping the focus on the issues at hand. Standing as an independent can be impossible when people are very poor and simply don’t have the resources or when they feel, as people often do, that they will be at physical risk should they attempt an electoral challenge to local elites.”

This is precisely what’s happening in Makause and other informal settlements just like it, or in Marikana and KwaZulu-Natal. It’s a common phenomenon in local politics. If you rise against power your name gets dragged through the mud; you have false accusations made against you and there are threats against your person.

If you’re Thuli Madonsela, you’ve got the kind of support and stature required to withstand the threats. But if you’re just faceless shack dweller in some slum, or yet another community activist it, is much easier to make you disappear, some way or another. Politics in South African life today is a perilous game. And it will be a long while before the disaffected and forgotten realise their true power. Until then, their exercise of democratic right will remain the ritual of voting or not voting for the ANC. DM