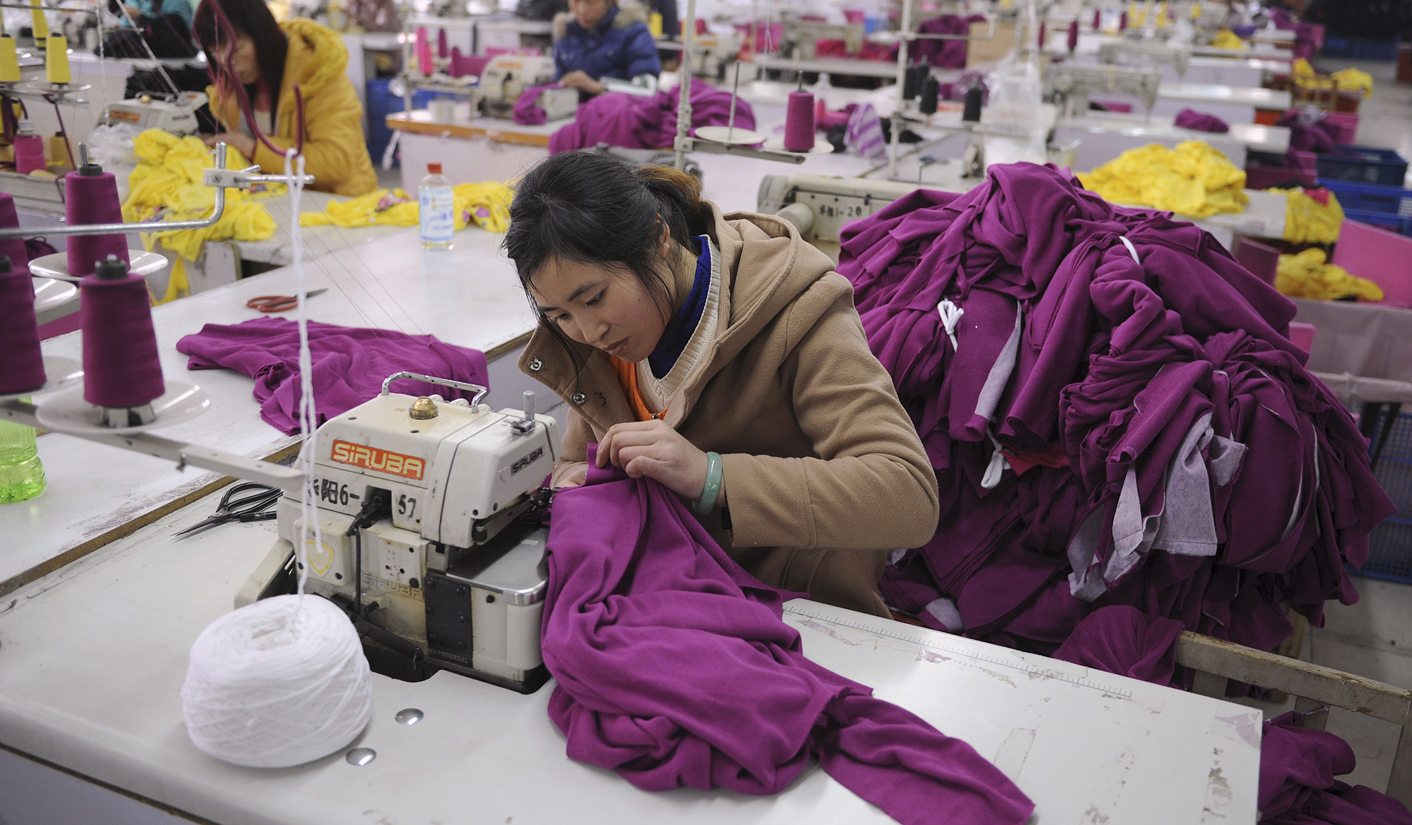 File this one in the Department of Good Intentions: the 2000 African Growth and Opportunity Act was designed to be a boon for Africa. Turns out, it was more of a boon for China. Another cautionary tale in a continent full of them. By RICHARD POPLAK.

The 2000 African Growth and Opportunity Act (AGOA) was something of a landmark bill in terms of US-African relations. Signed by then-President Bill Clinton, it was meant to jumpstart the economies of eligible African countries while at the same time nudging them toward the glories of free market liberalism and multi-party democracy. AGOA is the Unites States’ umbrella trade policy act for sub-Saharan Africa, offering preferential agreements to countries “making progress in economic and political reforms.”

The act functions as a $10 billion reward system for those willing to adopt the tenets of neo-liberalism, however inchoately those tenets may be interpreted. Under its aegis flourish dozens—hundreds—of other acronyms, all governed by the language of beneficence.

AGOA encouraged the export of about 4,000 or so products, quota-free and duty-free, many of which are critical if African countries are to spur a jobs-rich manufacturing revolution. One of the huge obstacles to this industrial idyll has always been punitive trade barriers erected by Western nations to protect their own fading manufacturing sectors. AGOA was meant to change this, or at least soften some of its more pernicious effects. (Was America about to reduce subsidies to its corn farmers? Its steelmakers? Hardly.)

In many respects, and relatively speaking, AGOA didn’t go wrong—in other words, it hasn’t propped up insanely murderous regimes and resulted in hundreds of millions of deaths, a plus for an American mandated program. It has just never gone particularly right. Which, according to a fascinating new report from VoxEU (“a policy portal set up by the Centre for Economic Policy Research, in conjunction with a consortium of national sites”), has everything to do with a critical design flaw embedded in the bill’s make up.

One of the key sectors that AGOA was meant to defibrillate was apparel manufacturing. When China’s liberalisation followed Deng’s policy pronouncements in the late 1970s, the symbol of its opening up was the Made in China T-shirt, and the factories that hired millions of the rural peasantry to clothe the world. AGOA was created, in part, to replicate ’80s China (in a democratic context) across sub-Saharan Africa, where Old Navies and Gaps would start setting up factories, plying High Streets and Main Streets in the West with denim and khaki.

China’s manufacturing sector exploded for a number of reasons, not least of which was its undervalued currency, its lack of labour regulations and the political will behind its special economic zones. Conversely, the symbol of South Africa’s compromised liberalisation is, for many, the evaporation of apparel manufacturing sector, due to progressive labour policies (read: incredibly powerful unions) and a currency that is simply too high to be globally competitive. Catch-22: if a country crushes organised labour and manipulates its currency—in other words, if it behaves like China—it won’t be eligible for AGOA initiatives. If it remains eligible, it can’t be properly competitive.

The VoxEU study doesn’t delve into these contradictions, but rather concentrates on another flaw in the AGOA program. According to a series of studies undertaken by Lorenzo Rotunno, a PhD student in International Economics at the Graduate Institute in Geneva, the AGOA was successfully working as a spur for African apparel manufacturers prior to 2005. Looking at Lesotho, Kenya and Madagascar, Rotunno observed a massive spike over the course of the first five years of the century, followed by just as vertiginous a tumble. This has nothing to do with the financial collapse in 2007, but rather the fact that the AGOA never had a “rules of origin” clause in place for most of its African “partners”.

This meant that clothing could, in effect, come from anywhere, so long as a portion of the assembly work happened in Africa, in so-called “screwdriver plants”. In international trade policy think, a “rules of origin” clause exists to curtail transhipment from other countries. Without one, the AGOA was wide open to abuse. In this case, transhipment was inevitable because it allowed Chinese manufacturers to avoid the strictures that were in place on export to the US market, murdering growth for all but the most established of players. The hated and berated Multi Fibre Agreement (MFA) – introduced in 1974 to manage the flood of dirt cheap clothing from the developing world – imposed a series of export quotas that, according to the World Bank and the IMF, have cost the developed world more than 27-million jobs and $40-billion a year in lost revenue.

When the MFA expired in 2004, Chinese manufacturers no longer needed the inadvertent window the AGOA had opened up. They were no longer forced to deal with the institutional corruption, ingrained lassitude and general incompetence that bedevilled their screwdriver plants in Africa. They simply upped and left. And while the US and the EU imposed a series of new quotas, the African apparel manufacturing sector never properly rebounded.

In this way, we can see that US-African trade policy had opened up a de facto trade corridor for Chinese companies. The apparel export success story wasn’t really a success story at all: according to the report. More than 80 percent of clothing manufacturing businesses in the Kenyan Export Processing Zone had Asian owners, while Taiwanese firms in Lesotho imported 93 percent of their stock from Asia. Africa was never much more than a vector for Chinese and Taiwanese product.

South Africa did have rules of origin clauses in place; there was no transhipment-influenced bounce in export numbers. The local manufacturing sector has died for other reasons, which is another way of saying that it was crushed by the competition. (Take a bow, Bangladesh and Vietnam.) Looked at broadly, the AGOA thus appears to be another in a long line of failed development-based trade policy initiatives, with loopholes large enough to funnel through billions of dollars worth of Chinese T-shirts. It’s a reminder that there are no shortcuts, and no miracles, when it comes to proper growth. DM