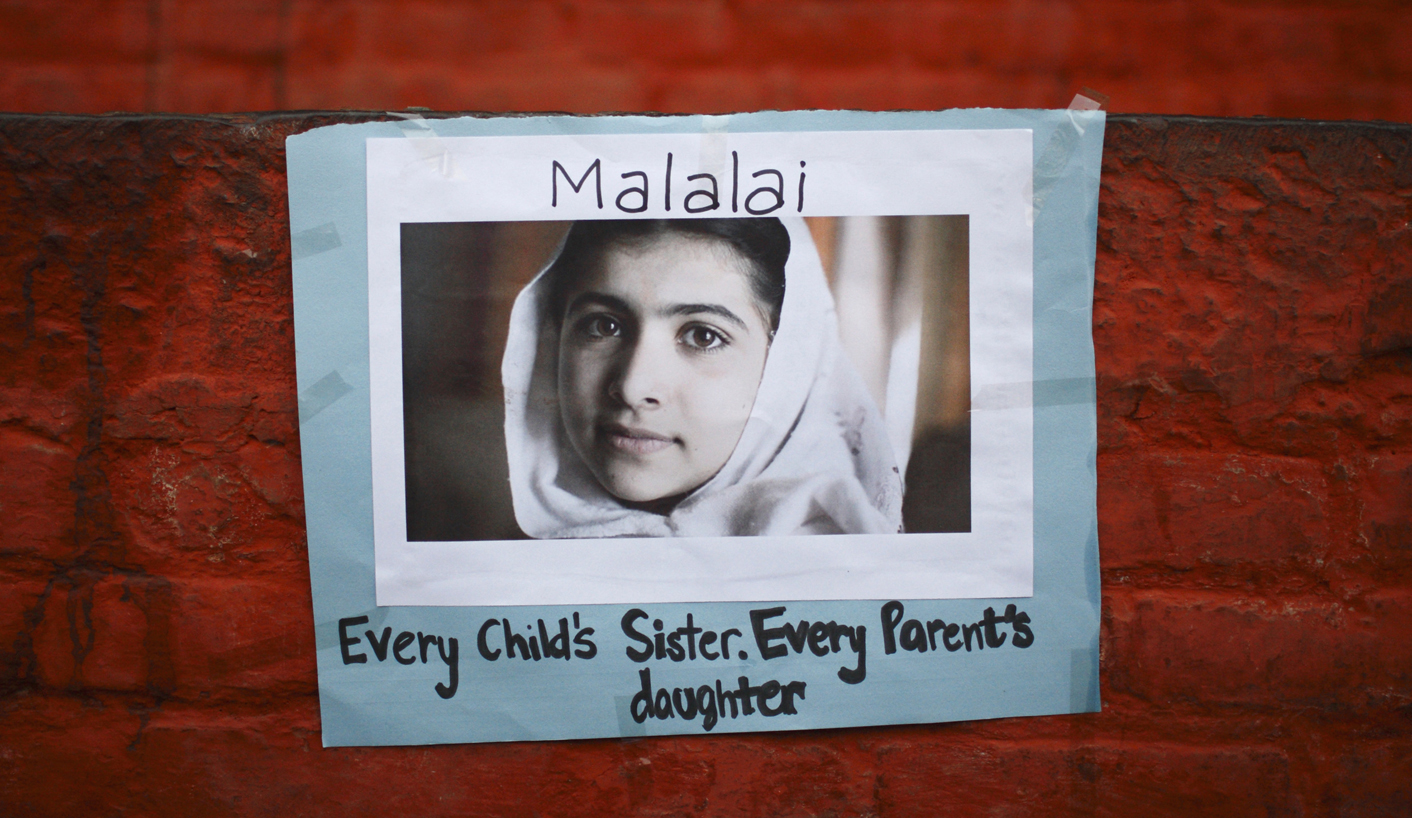 LONDON/BIRMINGHAM, Oct 15 (Reuters) - A Pakistani schoolgirl shot in the head by the Taliban has every chance of making a "good recovery", British doctors said on Monday as 14-year-old Malala Yousufzai arrived at a hospital in central England for treatment of her severe wounds. By Ben Hirschler and Alessandra Prentice

Yousufzai, who was shot for advocating education for girls, was flown from Pakistan to receive specialist treatment at Birmingham’s Queen Elizabeth Hospital at a unit expert in dealing with complex trauma cases that has treated hundreds of soldiers wounded in Afghanistan.

“Doctors…believe she has a chance of making a good recovery on every level,” said Dr Dave Rosser, the hospital’s medical director, adding that her treatment and rehabilitation could take months.

He told reporters Yousufzai, whose shooting has drawn widespread condemnation, had not yet been assessed by British medics but said she would not have been brought to Britain at all if her prognosis was not good.

TV footage showed a patient, believed to be the schoolgirl, being rushed from an ambulance into the hospital surrounded by a large team of medical staff.

She will now undergo scans to reveal the extent of her injuries, but Rosser said they could not provide any further details without her agreement.

Pakistani surgeons removed a bullet from near her spinal cord during a three-hour operation the day after the attack last week, but she now needs intensive specialist follow-up care.

The unit at the Queen Elizabeth Hospital, a large blue and white glass-plated complex in the south of England’s second city, has treated every British battle casualty for the last decade, Rossner said.

Built at a cost of 545 million pounds ($877 million), the hospital has the world’s largest single-floor critical care unit for patients with gunshot wounds, burns, spinal damage and major head injuries.

Treatment for the schoolgirl is likely to include repairing damaged bones in her skull and complex follow-up neurological treatment.

“Injuries to bones in the skull can be treated very successfully by the neurosurgeons and the plastic surgeons, but it is the damage to the blood supply to the brain that will determine long-term disability,” said Duncan Bew, consultant trauma surgeon at Barts Health NHS Trust in London.

Judging the best way forward in such difficult cases requires a wide range of experienced medics working as a team.

“In trauma, it is really the coordinated impact of intensive care that is critical. It’s not just about keeping the patient alive but also maximising their rehabilitation potential. With neurological injuries that is paramount,” Bew said.

Doctors said youth was on her side since a young brain has more ability to recover from injury than a mature one.

“On the positive side, Malala has passed two major hurdles – the removal of the bullet and the very critical 48-hour window after surgery,” said Anders Cohen, head of neurosurgery at the Brooklyn Hospital Centre in New York.

Compared with some of the nation’s ageing hospitals, the new National Health Service (NHS) hospital offers a spectrum of services ranging from plastic surgery to neuroscience.

They may all be needed in Malala’s case.

The hospital and government officials declined to give any details about the security measures that would be put in place to protect Malala but a spokesman for the interior ministry said her security was “a priority for both Pakistan and the UK”.

A hospital spokesman said no extra measures were in place but because the unit treated British military personnel it already had “fairly robust security”.

Care of soldiers on the battlefield has improved dramatically in recent years, so that many now survive injuries that would have been a death sentence in the past.

As a result, Birmingham now handles extremely challenging injuries that were previously little known and has built up enormous experience in head and brain injuries, multiple fractures and amputations.

In the last five years, the Birmingham centre has treated 481 service personnel seriously injured in Afghanistan, according to the Ministry of Defence.

She did not come from Pakistan with any of her relatives but the Pakistani Consulate are proving support and her family may join her at a later date.

Yousufzai, a cheerful schoolgirl who had wanted to become a doctor before agreeing to her father’s wishes that she strive to be a politician, has become a potent symbol of resistance against the Taliban’s efforts to deprive girls of an education.

Pakistanis have held some protests and candlelight vigils but most government officials have refrained from publicly criticising the Taliban by name over the attack, in what critics say is a lack of resolve against extremism. DM

Photo: A portrait of Pakistani schoolgirl Malala Yousufzai is pictured during a candlelight vigil organized by Nepalese Youth in Kathmandu October 15, 2012. The Pakistani schoolgirl shot by Taliban gunmen for advocating education for girls has been sent to the United Kingdom for medical treatment, a military spokesman said on Monday. REUTERS/Navesh Chitrakar