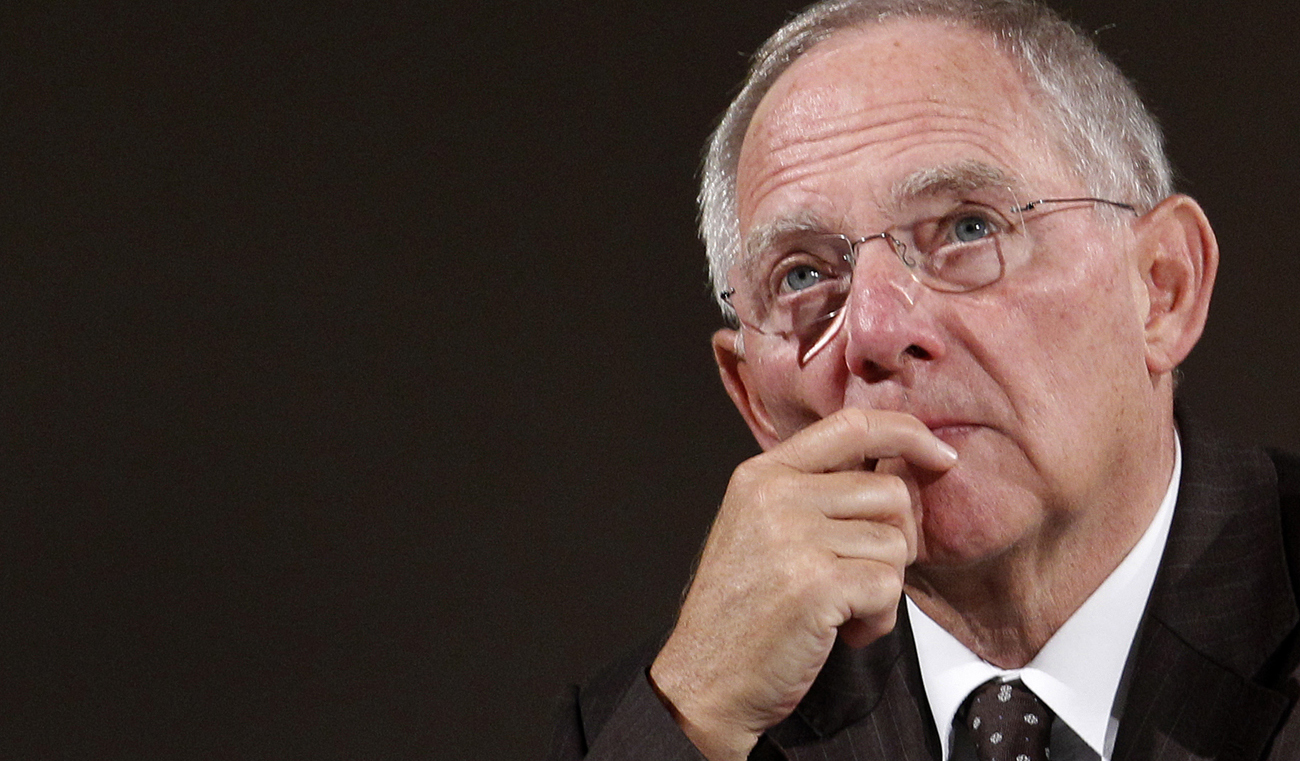 German Finance Minister Wolfgang Schaeuble said on Sunday that Greece would not default, but warned that if Athens did exit the eurozone it would be damaging not only for the zone as a whole but also for Greece.

“I think, it will not happen that there will be a state bankrupt in Greece,” Schaeuble said at a meeting with business leaders in Singapore.

“Greece has to take a lot of very serious reforms and this will harm. Everyone is trusting that the Greek government is doing what is necessary.”

Greece is locked in talks with the European Union, European Central Bank and International Monetary Fund on a new set of spending cuts and reforms in exchange for the next tranche of loans to the debt-crippled country from bankruptcy.

Greece expects to agree a new austerity package with its lenders and for the EU and IMF to bridge their differences on how to cut the country’s debt by the time EU leaders meet on Oct. 18-19, says Greek Prime Minister Antonis Samaras.

“We do not see that there is any sense to speculate on Greece leaving the euro”, Schaeuble said. “That would be very damaging for Greece and the euro.”

German Chancellor Angela Merkel said on Saturday that Greece seemed to be making headway with its reforms and should stick to the agreements it had made, but added that the country should continue to be given more chances.

“I have the impression that, step-by-step, we are beginning to see progress there. It’s often slower than we had imagined, but on this front we should give Greece another chance time and again,” she said in a weekly video podcast.

Rainer Bruederle, a senior member of the Free Democrats (FDP) who share power in Merkel’s centre-right coalition, signalled on German television on Sunday that he shared IMF Managing Director Christine Lagarde’s view that Greece should get more time to meet its bailout targets.

Bruederle also said he sympathised with angry Greeks and would be prepared to consider giving the struggling state some leeway if the troika report showed it had made progress with its reforms, adding that the key thing was to ensure Greece had made the necessary changes to its real economy.

“Greece will only get more aid, in whatever form that may be, if it does its homework. We have to be able to discuss (more aid) but only if Greece broadly keeps its promises this time,” he told television channel ZDF.

Greece’s “troika” of international lenders are working on a review, due in November, of their 130 billion euro ($169 billion) bailout programme for Greece.

That would see the recession-struck country quitting the euro zone in an orderly fashion before receiving Marshall Plan-style aid from the European Union and eventually having the chance to return to the euro zone.

“There is a danger if Greece remains in the euro zone and the reforms are not effective that we will keep this country on the drip in the long term. And that, in my opinion, is no prospect for a proud country and a proud people,” he said. DM