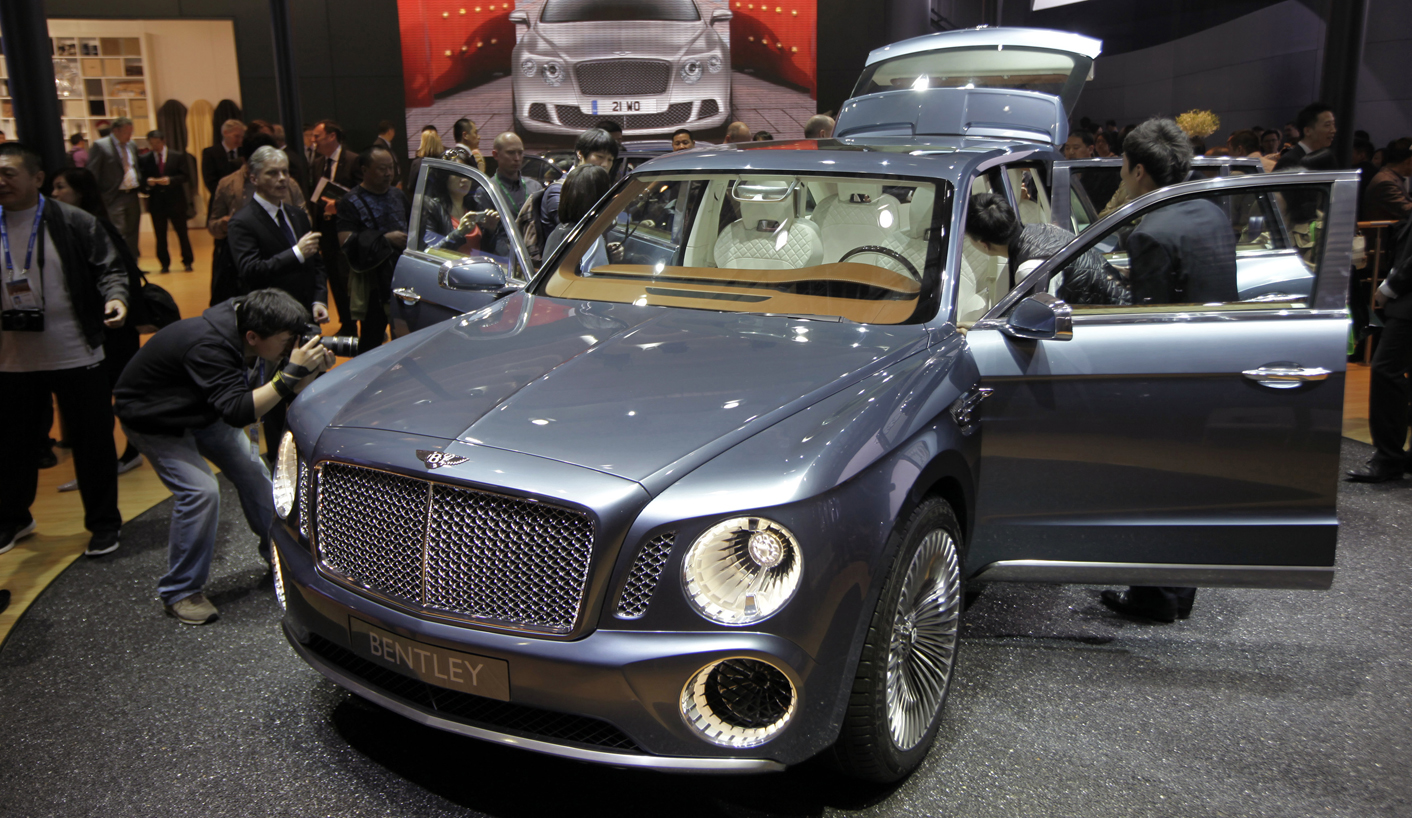 Bentley and Lamborghini's plans to develop ultra-luxury SUVs may be put on hold to save cash for parent Volkswagen, company sources said, in a sign that the crisis is beginning to bite even for the German auto giant. By Andreas Cremer.

U.K.-based Bentley and the Italian supercar maker rolled out extravagant concept sport utility vehicles (SUV) at the auto shows in Geneva and Beijing this year, with production awaiting approval by VW’s management board.

The push towards off-roaders is aimed at boosting profitability at Lamborghini, loss-making since 2009, and Bentley.

The move has dismayed Lamborghini purists who fear that expanding to four-by-fours will dilute the brand’s exclusivity.

Grappling with unforeseen production cuts and slowing auto sales, VW may postpone the models as it reviews planned spending on equipment, factories and vehicles due to be ratified by VW’s supervisory board on Nov. 23, two company sources said.

“Such vehicles are anything but obligatory during a crisis,” said Frankfurt-based Equinet AG analyst Tim Schuldt. “Delaying their launch would be no drama but help save costs.”

VW, on course to overtake U.S. rival General Motors as the world’s second-biggest carmaker behind Toyota Motor Corp , has outperformed the European market this year.

The German company’s eight-month EU-wide sales were flat at 2.05 million cars, compared with a 7.1 percent drop to 8.27 million vehicles for the 27-nation region’s market.

The Wolfsburg-based maker of the Golf hatchback said on Tuesday that sales at its flagship passenger car brand rose just 4.3 percent to 492,500 vehicles in September, the smallest gain in eight months.

VW halted production in Germany of its Passat model for two days last week as part of a wider move to cut group output by about 300,000 vehicles to 9.4 million cars this year.

That would be up on last year’s output of 8.5 million but short of the goal originally set for 2012 of about 9.7 million, company sources said on Oct. 5.

“In this environment, we need to have a considerable amount of liquidity available,” Poetsch said on Sept. 26. “It’s normal that one looks for items that aren’t imperative,” he added, referring to investments that could potentially be pushed back.

Bentley and Lamborghini would be up against stiff new competition with their plush SUVs; Fiat’s Maserati will start production next year of the Jeep-based Kubang, while UK-based Land Rover will launch the new Range Rover Sport in 2014. Ferrari has had a family car, the FF, its biggest model, in its range since last year.

The two VW divisions aim to replicate Porsche’s success with the Cayenne SUV, which now accounts for half the sports-car maker’s deliveries. But exorbitant pricing, fierce competition and a limited pool of buyers in markets such as China may restrain their sales, according to research firm IHS Automotive.

IHS said production of the Bentley SUV, scheduled to start in late 2014, might peak at fewer than 4,000 cars in 2016, while the Lamborghini Urus could reach a maximum of fewer than 2,400 in 2018, a year after the model started rolling off the line.

Bentley could not confirm that its first-ever SUV, code-named EXP 9-F, would be delayed. It will continue to push for the model to get the nod from VW’s leadership, spokeswoman Kerstin Sachl said on Wednesday, adding the British carmaker was hoping for a decision by the end of the year.

Lamborghini chief executive Stephan Winkelmann told Reuters on Sept. 27 that while VW has yet to sign off on the Urus, the Italian manufacturer would continue with the model’s development. DM