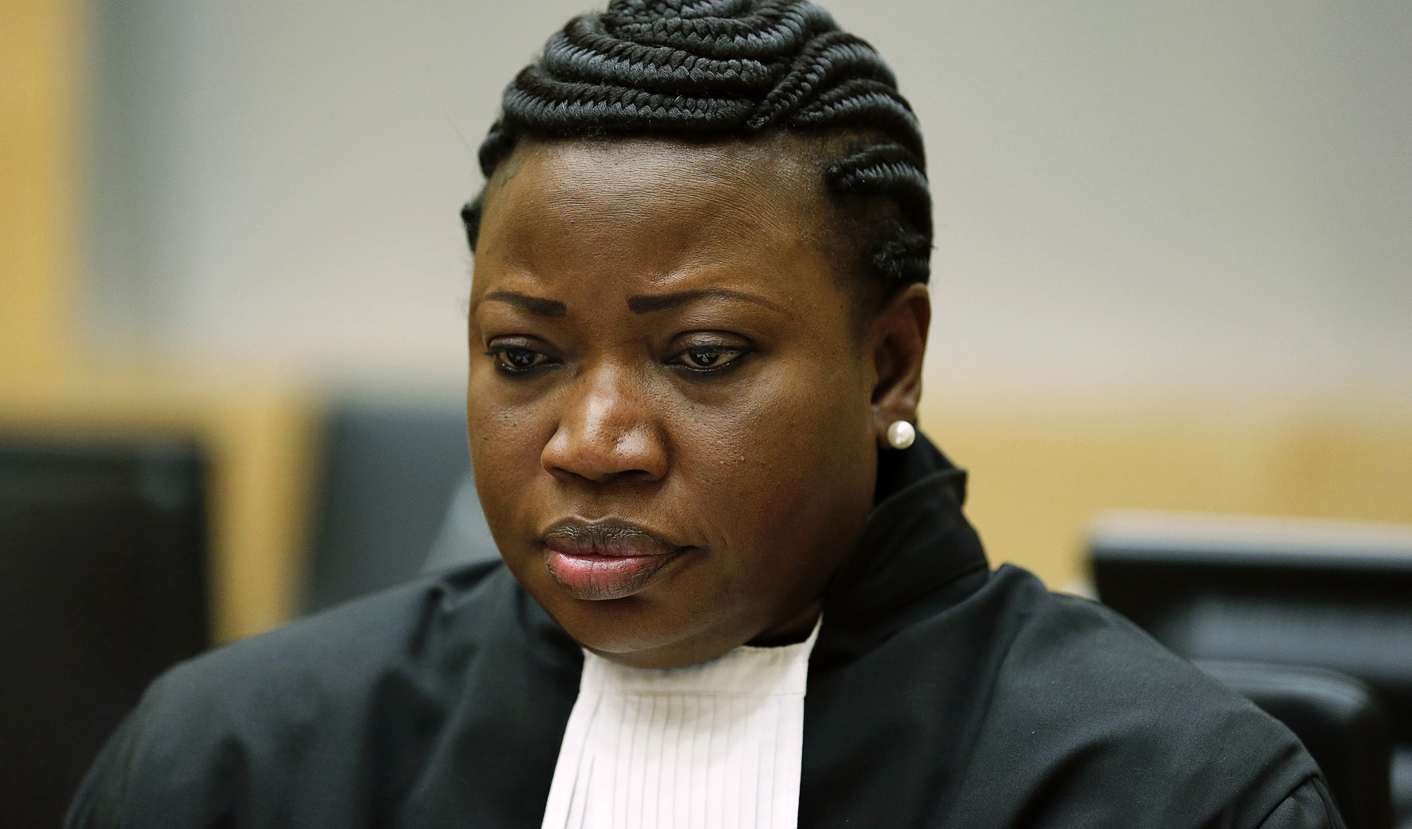 The biased, racist, imperialist International Criminal Court has a serious image problem in Africa. New chief prosecutor Fatou Bensouda was in town to explain that critical Africans have got it all wrong. She has a point – and, as an African woman herself, the credibility to make it. By SIMON ALLISON.

On Wednesday, while the International Criminal Court in The Hague was hearing important arguments over where Saif al-Islam Gaddafi should be tried, its new chief prosecutor was thousands of miles away. Fatou Bensouda, the Gambian attorney who in June became one of the most powerful lawyers in the world, was instead in a briefing room in Pretoria patiently taking questions (too many of which were ill-informed) from researchers, academics and journalists about why the ICC hated Africa.

Why, most people at the packed-out Institute for Security Studies seminar wanted to know, was the court only investigating African issues? Why has it only issued arrest warrants for African men? Whose justice is it really serving?

At some point Bensouda must have wondered, as she explained the same concepts over and over again, if her new job had less to do with international law and more to do with public relations. She’d be right, of course. In Africa, the ICC has a major image problem, and her first and most important order of business is to fix it.

It’s not hard to see why the court might not be wildly popular in Africa. It is only African men that have been charged, most of them black. Despite atrocities happening all over the world, it’s only the African ones that seem to get the ICC’s attention. No war crime or crime against humanity from any other continent has ever made it past the stage of preliminary investigations. On the surface, it looks like victimization, from which it is only a short rhetorical step to allegations of racism and imperialism. None of this was helped by the bullish approach of Bensouda’s predecessor, Argentina’s Luis Moreno Ocampo, who was recently described by Kenyan attorney general Githu Muigai as “patronising, sometimes downright discourteous and disrespectful”.

Bensouda is the exact opposite of this. She is concise, measured and calm, her comments characterized by the remorseless logic of a good trial lawyer. She would be a fearsome opponent in the courtroom. And as she builds her case in defence of the ICC, it becomes clear that the court itself – while not perfect – is also not the real problem.

As always, the devil is in the details, and in this instance the details make life very difficult. “As an ICC prosecutor, I have my limitations,” Bensouda told the Daily Maverick in her gentle West African accent. It is these limitations which are creating the perception of bias against Africa.

One myth that must be buried first is that the court can investigate whoever it wants, and that it deals with all human rights violations. “I am not a human rights activist,” said Bensouda. The offense in question must be of sufficient gravity. “Our mandate is to ensure accountability for those who bear the greatest responsibility for serious mass offences.” She means things like genocide and large-scale recruitment of child soldiers. But even in these cases, her office can only investigate if certain conditions are met.

Ideally, the country where the offence took place will be signed up to the Rome Treaty which established the court, meaning the ICC can investigate at will (there are 121 member states, but this covers just 2.3 billion people, and excludes superpowers with dodgy track records like China, Russia and the United States).

Failing this, the country itself must request the ICC to get involved, or the case must be referred by the United Nations Security Council, on which China, Russia and the United States all hold veto power (bizarrely, this gives these countries a say in a court to which they don’t belong).

In all cases, it must be shown that the country concerned is not running its own judicial proceedings on the same issue. The ICC is not meant to replace national justice systems, but fill the gap when the national system is inadequate or non-existent.

Having gone through all this, Bensouda fails to hide her frustration as she explains that African countries are in fact the most enthusiastic users of the court. Kenya requested assistance during its post-election violence. So did Cote D’Ivoire, despite not being a state party. Mali has just asked for help. In fact, of the seven African situations before the ICC, only two (Libya and Sudan) were not referred to the court by the countries themselves. This hardly fits in with the victimization narrative, unless we’re talking Stockholm Syndrome on an international level.

And African countries are actually quite cooperative. “African states, including non-states parties, receive more than 50 percent of the office’s requests for cooperation. Over 70 percent are met with a positive response,” said Bensouda. This excludes the contentious issue of Sudanese President Omar al-Bashir, of course; the unwillingness of African states to enforce the arrest warrant against him has helped cement the perception that Africa is antagonistic toward the court.

Meanwhile, in the rest of the world, the ICC has not enjoyed such a close relationship. Most states think they can administer their own justice, so are reluctant to ask the ICC for help. And where there is a clear case for it to get involved – such as Syria – this can only happen with a referral from the Security Council, who are too busy playing politics to worry about balancing the ICC’s geographic load. That said, preliminary investigations are currently underway in five non-African countries: Afghanistan, Colombia, Georgia, Honduras and South Korea.

Taking all this into account, it’s clear that the ICC itself is not racist, and it is not biased against Africa. It does, however, have a huge image problem on the continent, and Bensouda is going to have to put a lot of effort into changing that. Fortunately, her case is strong enough to do just that.

She is less convincing in dealing with other criticisms. Despite being asked a very direct question, she failed to address the issue of whether the ICC is distributing one-sided victor’s justice in Cote D’Ivoire. Former president Laurent Gbagbo has been arrested, but so far no one connected with current leader Alassane Ouattara has faced charges, despite Ouattara-aligned forces being implicated by human rights organisations in the worst atrocities. She was also reluctant to dwell on her past life as attorney general in the Gambia, a country frequently accused of human rights violations. Both these issues have the potential to undermine the legitimacy of the court.

Time is on her hands, however. Her term is nine years long, and her reasoned, patient demeanour will win over plenty of critics who were alienated by her predecessor’s heavy-handedness. Let’s hope that this will allow her to spend less time defending the court in briefing rooms and interviews, and more time delivering the international justice of which she is so proud. DM

Photo: Chief Prosecutor Fatou Bensouda of the International Criminal Court (ICC) sits in the ICC courtroom during the sentencing of Congolese warlord Thomas Lubanga Dyilo (not pictured) in the Hague July 10, 2012. Delivering its first sentence, the ICC jailed Lubanga for 14 years on Tuesday for recruiting child soldiers. Lubanga was found guilty in March of abducting boys and girls under the age of 15 and forcing them to fight in a war in the Democratic Republic of Congo in 2002 and 2003. REUTERS/Jerry Lampen