US security in Libya drawn down before attack – testimony 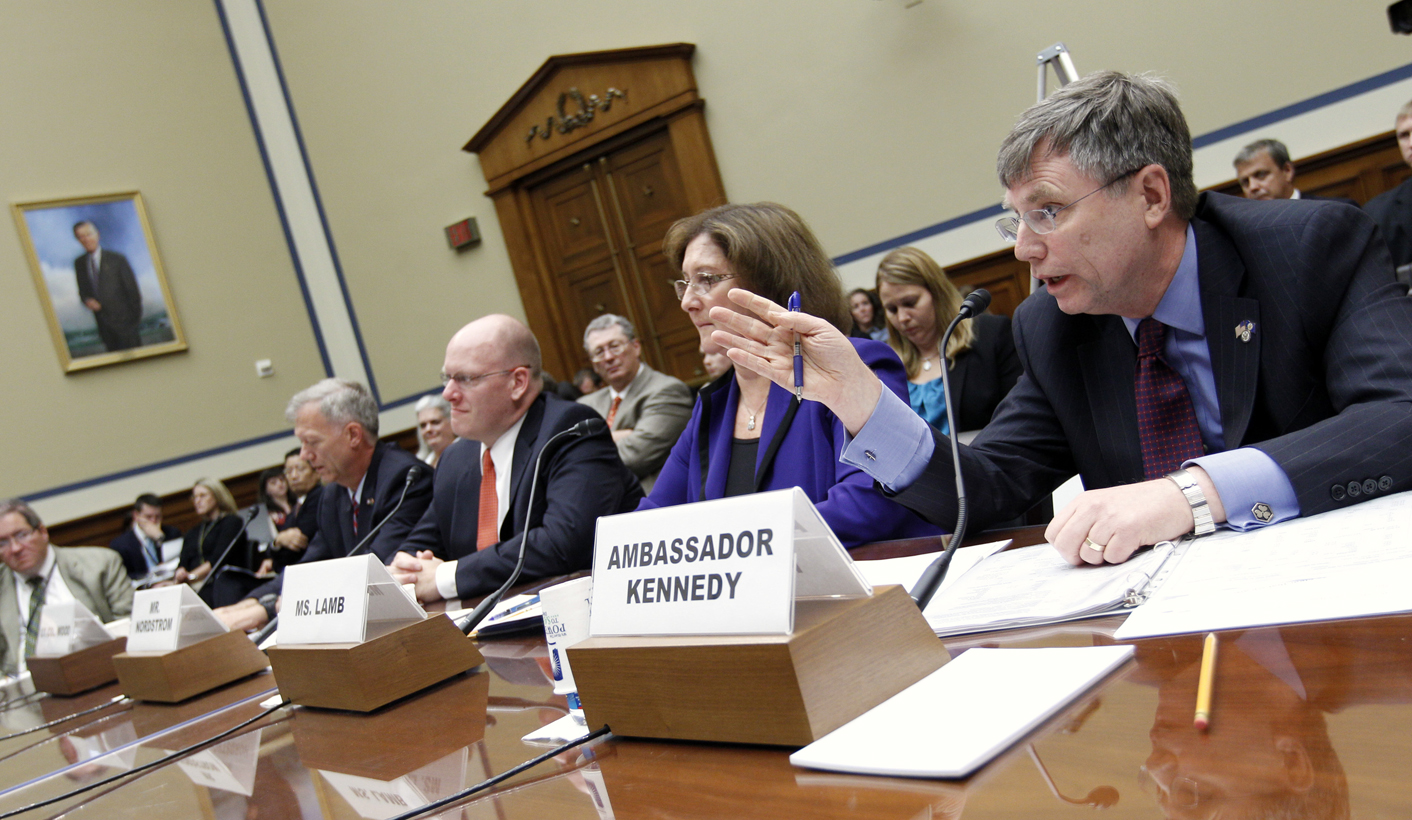 Diplomatic security in Libya was drawn down ahead of last month's fatal attack on the U.S. mission in Benghazi and U.S. officials did not have enough protection, the former head of a U.S. security team in Libya told lawmakers on Wednesday. By Susan Cornwell and Tabassum Zakaria.

“The security in Benghazi was a struggle and remained a struggle throughout my time there … Diplomatic security remained weak,” Lieutenant Colonel Andrew Wood told the House Oversight and Government Reform Committee in written testimony.

“The RSO (regional security officer) struggled to obtain additional personnel there (in Benghazi), but was never able to attain the numbers he felt comfortable with,” Wood said.

Wood served as the Site Security Team (SST) commander in Libya from Feb. 12 to Aug. 14, until just about a month before the attack on the diplomatic post in Benghazi. His testimony was distributed before the noon (1600 GMT) start of the hearing.

The panel is examining security at the U.S. mission in Benghazi ahead of the Sept. 11 attack that killed Ambassador Christopher Stevens and three other Americans. The hearing is Congress’ first public examination of what went wrong at the U.S. diplomatic post in Benghazi.

Republican charges that the United States was caught unprepared for the assault has put the administration of President Barack Obama, a Democrat, on the defensive in the run-up to the Nov. 6 presidential election.

The State Department has defended security procedures in Libya and convened its own review board.

Wood said when he arrived in Libya there were three teams of U.S. diplomatic security agents on the ground.

Stevens’ predecessor as ambassador, Gene Cretz, “was confronted with having to lose one of these (teams) and requested an equal number of regular diplomatic security agents,” Wood said.

The ambassador also struggled with getting Wood’s security group renewed to stay in the country beyond April 5, he said. Ultimately they did not leave until August, he said.

A second security team was withdrawn soon after Cretz left the country in the spring, and the third “was restricted from performing security work and limited to only training local guard force members in July,” Wood said. Then that team too was withdrawn about the same time the SST’s work was terminated, which was in August, he said.

Another former U.S. security officer in Libya, Eric Nordstrom, has told the committee in a private interview that a State Department official, Charlene Lamb, wanted to keep the number of security personnel in Benghazi “artificially low.”

“I want to be clear: The Department of State regularly assesses risk and allocation of resources for security; a process which involves the considered judgments of experienced professionals on the ground and in Washington, using the best information available,” Kennedy said in his prepared testimony.

“The assault that occurred on the evening of September 11, however, was an unprecedented attack by dozens of heavily armed men,” he said.

“We must continue deploying our diplomats and development professionals to dangerous places like Benghazi. There is no other alternative,” Kennedy said.

Wood is a member of the Utah National Guard, with 24 years of service as a special forces soldier. He said that when he heard of Stevens’ death and the congressional inquiry, he identified himself to congressional staff as someone with intimate knowledge of the security situation before the attack.

“The killing of a U.S. ambassador is a rare and extraordinary thing and requires our attention as a people,” he said. “As a citizen I made the determination that this outweighs all other interests and will risk whatever circumstances may result from my testimony.”

The top U.S. intelligence authority, the Office of the Director of National Intelligence, has said the Benghazi attack was an organized terrorist assault, but the attackers have not been identified. DM