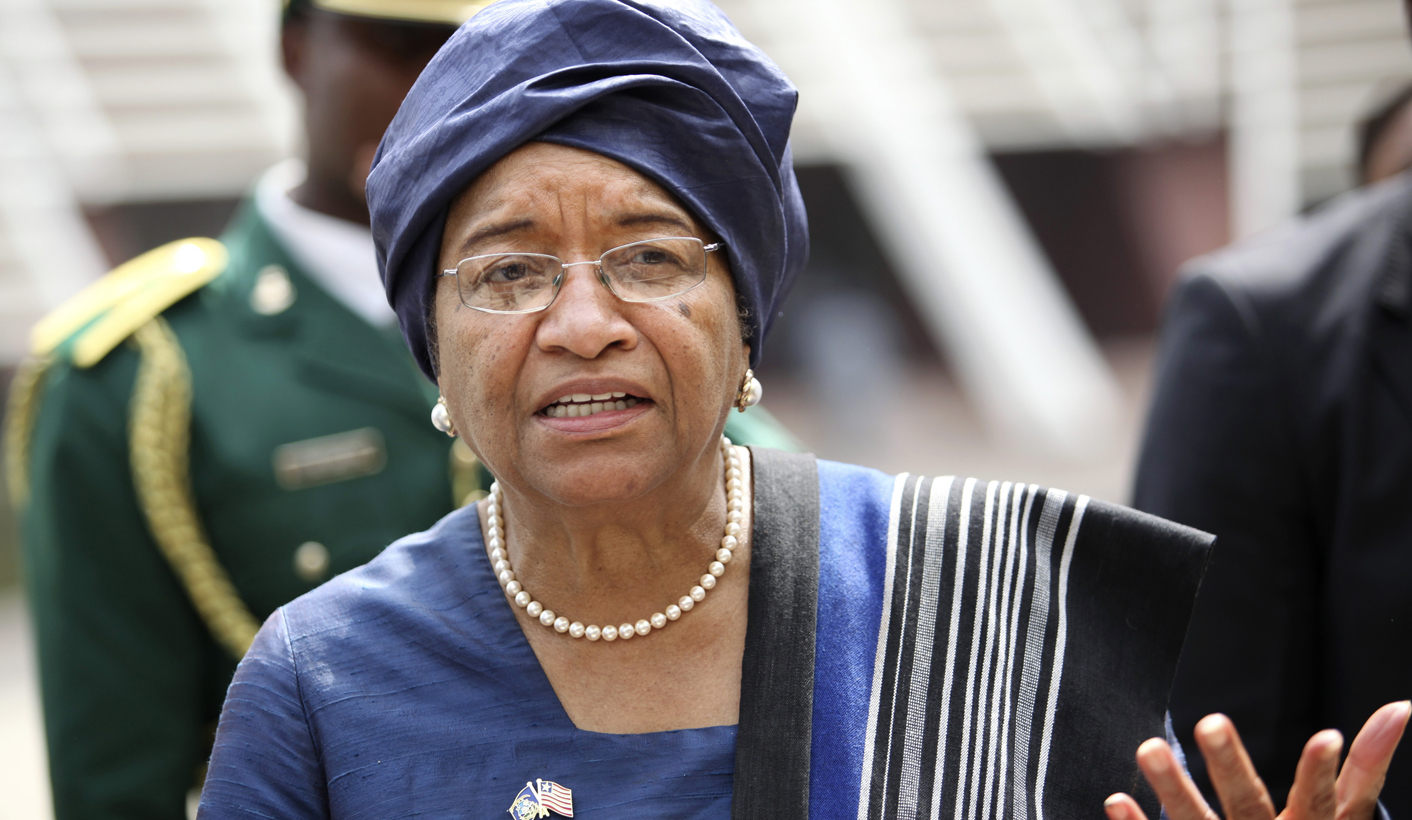 It’s not often you hear a Nobel Peace Prize laureate accused – with some justification – of nepotism and corruption. It’s even more unusual when this accusation is made by another laureate. How much will this scandal damage Liberian President Ellen Johnson Sirleaf’s stellar reputation? By SIMON ALLISON.

Last year, members of the Nobel Peace Prize Committee – still recovering from the lambasting they received with the strange, pre-emptive nomination of Barack Obama in 2009 – decided they were onto a safe bet by choosing to recognize the role of women in global politics.

To this end, the judges awarded the Peace Prize jointly to three women, recognizing their “non-violent struggle for the safety of women and for women’s rights to full participation in peace-building work”. Of the three, two were Liberian: President Ellen Johnson Sirleaf, Africa’s first female head of state, and the much less well-known Leymah Gbowee, a civil society activist recognized for her role in helping women mobilise to end Liberia’s long civil war.

But as the committee discovered with Barack Obama, it is always a dangerous business to commend sitting heads of state, and the award to President Sirleaf was not unanimously welcomed in her own country. Of course, this was partly due to the partisan atmosphere prevailing in Liberia prior to last November’s presidential elections (which Sirleaf won), but also due to some genuine questions about her leadership. Her government was dogged by claims of corruption and nepotism, and the president herself faced criticism for her previous financial links with now-convicted warlord Charles Taylor.

These disquieting sentiments, however, were lost in the flood of praise inspired by the award, which only served to reinforce Sirleaf’s status as the darling of the international community.

A year later, and that status has just suffered a massive blow – one delivered from a most unexpected quarter (at least as far as international observers were concerned; the news came as less of a shock in Liberia). After holding her silence, fellow laureate Gbowee decided she could not do so in good conscience any more, quitting her position as head of the government’s Peace and Reconciliation Commission and launching a scathing attack on the president’s record.

“I’ve been through a process of really thinking and reflecting and saying to myself ‘you’re as bad as being an accomplice for things that are happening in the country if you don’t speak up,’” she told the BBC. “And when tomorrow history is judging us all let it be known that we spoke up and we didn’t just sit down.”

Gbowee’s criticism focused on two areas: first, the nepotism of Sirleaf’s government, symbolized perfectly by the high positions occupied by three of her sons. Robert is head of the state oil company and a senior economic advisor; Fumba is head of the National Security Agency; and Charles is deputy governor of the Central Bank (although he is currently suspended for failing to declare his assets).

Second, Gbowee thinks Sirleaf has not done enough to address poverty in Liberia. “In her first term she developed infrastructure. But what good is infrastructure if people don’t have enough to eat? The gap between the rich and poor is growing. You are either rich or dirt poor, there’s no middle class.”

Gbowee’s comments will hurt Sirleaf all the more because the civil society activist was once one of the president’s firmest allies. The independent Liberia Analyst newspaper described Gbowee as a “former Sirleaf fanatic” who helped campaign for the president in 2005 and 2011.

While the criticism might come as a surprise to the international community, it’s nothing new in Liberia. “The issues raised by Gbowee are discussed in every sector of Liberian society,” said an official with an international NGO operating in Liberia, speaking to Daily Maverick. “There have been public outcries for months if not years that all the top positions in the government are friends and family. Corruption has overshadowed the country. And the gap between rich and poor is huge. Cabinet ministers have monthly allowances of $30,000 per month, while the average civil servant makes $100.”

Also speaking on condition of anonymity, a consultant working closely with the Liberian government told the Daily Maverick that nepotism really is widespread. “A large number of high-level positions in Liberia are filled by presidential appointment (for example, all of the many ministers are appointed in this way, as are other heads of agencies), and through this power Sirleaf has basically populated the government with her relatives and cronies. Some people defend her actions by saying that there are so few qualified people in Liberia, and the ones that are qualified are precisely the ones that were connected or in power before the war (and therefore tend to have worked and/or studied abroad during the war), so she is appointing the only qualified people, and those just happen to be the ones that are also connected. There is some truth to that, but not enough to justify the extent of it.”

Gbowee, it appears, has a point; corruption and nepotism really are problems in Sirleaf’s government. This is not to dismiss Sirleaf’s rule entirely; given Liberia’s bloody history, these are relatively minor issues and a small price to pay for the stability and economic development which Sirleaf has brought. Unless she can sort them out, however, that development won’t go much further, and neither will her reputation. DM