By hook or by crook, Windies win by fluke

By hook or by crook, Windies win by fluke 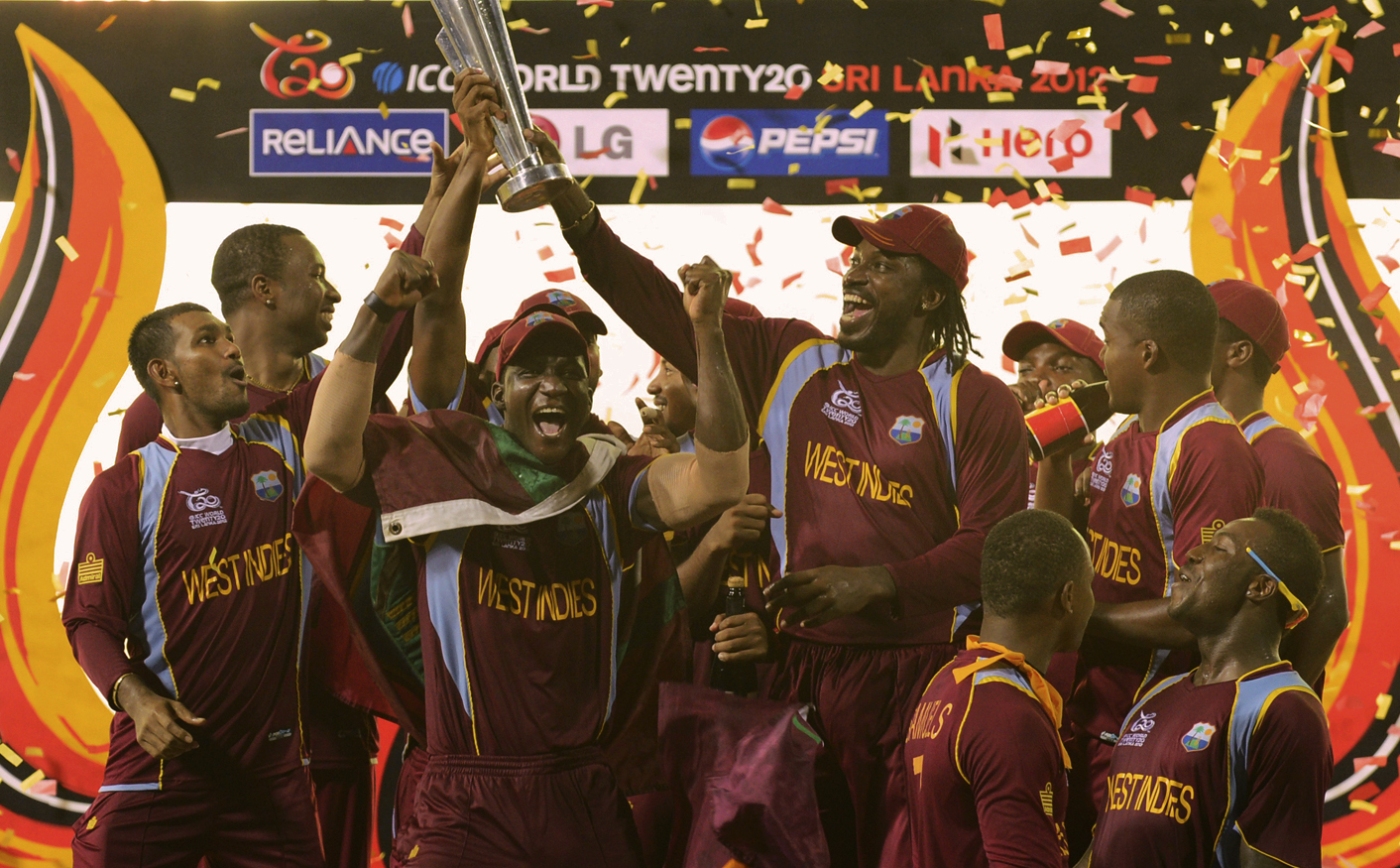 The West Indies became World T20 champions after beating Sri Lanka by 36 runs in the final in Colombo on Sunday. They might have got there by chance, and the win was helped by some brain fades by Sri Lanka. But it was one heck of an enjoyable ride. By ANT SIMS.

If you could count how many times in the history of cricket somebody said: “Cricket is a funny old game”, you’d probably count until the end of days. It’s lazy rhetoric, but it is repeated for a reason – it’s so very true.

The World T20 final on Sunday was no different. What started out as a slow, irksome and rather unpleasant final evolved to a cataclysmic conclusion. It was a night for heroes and heartbreaks: the protagonists and antagonists’ tug-of-war that ended in euphoria as the West Indies became the Champions of international T20 cricket.

Before the tournament started, Darren Sammy, Chris Gayle and a few others were boisterous, even pompous, even about their chances. Sammy and his charges assembled for a mandatory training camp where they worked on everything from fitness to strategy, under the guidance of Richie Richardson. For a team in disarray just a few years ago and one which has been plagued by inter-island politics, things were looking bright, different. They had faith that they could harness their potential, and the fact that, on paper, they were the most well-balanced side of the tournament. But believing and doing are two different things.

Despite a shaky start and getting there by fluke, the West Indies made it to the semi-finals, and it was in that semi-final against Australia that they finally clicked. The West Indies were playing as though they’d studied Sun Tzu’s Art of War. On Sunday, they subdued their enemy without a fight.

After the Windies won the toss and elected to bat first, things were looking rather dreadful as both their openers, including the fearsome Chris Gayle, fell cheaply. At 32-2 after 10 overs, things were looking rather glum. But pressure situations are made for pressure players, and if there is one man who has stood out for the West Indies over the last few months, it’s Marlon Samuels. While his predecessors couldn’t get the ball of the square, Samuels scored with free flowing finesse, and while his teammates folded around him, Samuels kept going. He blasted Sri Lanka’s best bowler, Lasith Malinga, all over the park – as he smacked his way to 78 off 56 and helped his team to 137-6 in 20 overs.

From the start, Sri Lanka never looked quite comfortable, and while Mahela Jayawardene managed a cheeky boundary in the first over, Tillakaratne Dilshan was dismissed in the second. The hosts continued to stutter along, and while they kept ahead on the run rate, neither Jayawardene nor Kumar Sangakkara looked quite settled. The West Indies bowlers continued to keep things tight, and while they only had a small total to defend, they managed to keep the screws on as the required run rate crept to above eight an over.

At the halfway mark, Samuel Badree struck, thanks to some crafty fielding by Kieron Pollard, who took a low catch at deep midwicket to send Sangakkara on his way. Although the leaders were by no means in trouble, things were certainly about to get interesting with Sri Lanka at 51-2. Another wicket fell in the next over, with the skipper clean bowling Angelo Mathews – and the equation continued to get more intriguing.

It had now been set up as a final that wouldn’t soon be forgotten, and when Sunil Narine struck twice in the 13th over, it looked like the West Indies were heading for a Lazarus trick.

With drizzle in the air, Sri Lanka started to reach for the Duckworth-Lewis sheets on which they were behind. It seemed they were panicking, and it was only Nuwan Kulasekara who kept up the fight thanks to some atrocious bowling by Rampaul. Kulasekara hammered one six and three fours to reignite some sort of hope for the hosts, but with 44 needed off 24 balls and just three wickets in hand, the task was too big. Narine and Samuels wrapped up the tail and the Windies bagged a 36-run win.

For all the criticism that has come Sammy’s way since being flung into captaincy, he performed well in his role on Sunday. He had faith in his bowlers, he mixed them up well and, most of all, he remained grounded at the post-match presentation.

The win will mean a lot for the game in the Caribbean, and while many will herald it as the second coming, West Indies cricket still has a long way to go – even the skipper admitted it.

He might not always be the best captain, he might not be the best cricketer, but on Sunday night, Sammy became a hero to many. How he uses this platform going forward will be the biggest test of his career.