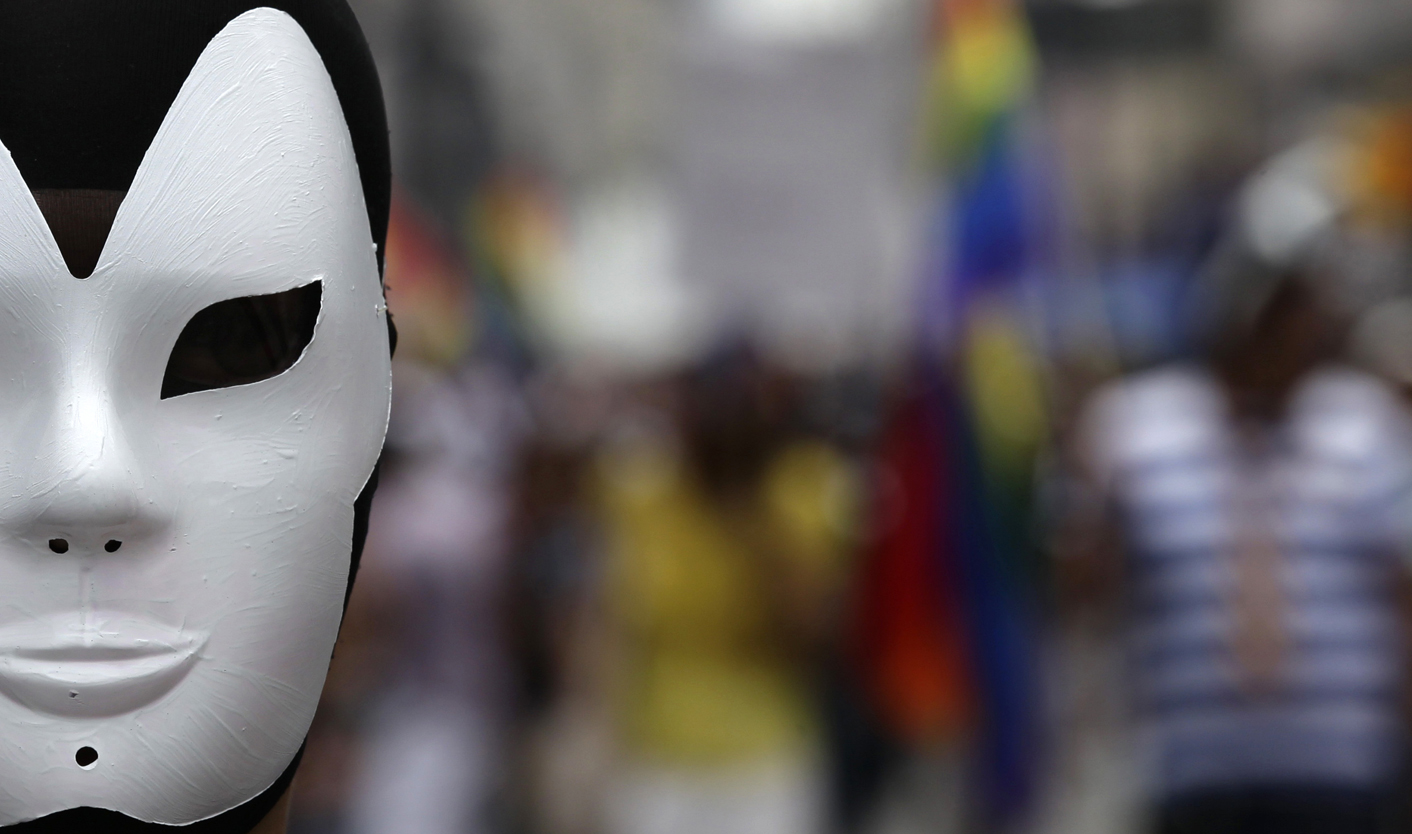 On Sunday California became the first US state to ban so-called ‘conversion’ therapy for gay minors. It’s a step to be applauded, since the ‘treatment’ has no medical basis and is considered psychologically traumatising. But similar ‘therapies’ persist worldwide – including in South Africa. By REBECCA DAVIS.

In 2001, a man called Robert Spitzer delivered a paper at the American Psychiatric Association’s annual conference. Spitzer was always going to have a captive audience, because he is regarded as one of the most influential psychiatrists of the 20th century. Among other notable work, Spitzer was a major player in developing the modern classification of mental disorders, with specific diagnostic criteria attached to each. He also chaired the board which produced the third edition of the Diagnostic and Statistical Manual of Mental Disorders (DSM), the bible which many mental health professionals rely on to diagnose patients after an evaluation.

Spitzer, in short, was a big cheese. So even though the paper he gave at that conference was highly controversial, it was always going to make an impact. The paper was titled Can Some Gay Men and Lesbians Change Their Sexual Orientation?, and the answer Spitzer supplied was, “Yes.”

In order to reach this conclusion, Spitzer went about his research by conducting 45-minute telephone interviews with 200 individuals (143 men, 57 women) who claimed they had changed their sexual orientation to straight from gay over the course of about 12 to 14 years. He asked each of them around 60 questions relating to their sexual behaviour and feelings, in order to ascertain how many of them had reached what he termed “good heterosexual functioning”.

The criteria for this he defined as being in a loving heterosexual relationship over the past year; being emotionally satisfied in the relationship; having physical satisfaction through heterosexual sex; and not thinking about gay sex more than 15% of the time while having straight sex. (A lot of heterosexual people would probably not meet all Spitzer’s requirements for good heterosexual functioning.)

Through the interviews, Spitzer concluded that around 66% of the men and 44% of the women had indeed managed to make the transformation to straight from gay. They had achieved this in a number of different ways: working with a psychologist; reading self-help books; being “mentored” by a heterosexual. Spitzer said he couldn’t say for sure whether all “highly motivated” gay people could change their orientation, but he was adamant that the research “shows some people can change from gay to straight, and we ought to acknowledge that”.

The paper caused a big stir. Religious anti-gay groups leapt on its findings, as did organisations and individuals who already offered gay people some kind of reparative therapy. The news was reported worldwide. An Associated Press story at the time began: “An explosive new study says some gay people can turn straight if they really want to.” Part of why the gay community felt so betrayed by Spitzer was because he was largely responsible, in 1973, for the decision of the APA to remove homosexuality from the list of mental disorders included in the DSM.

It didn’t take long for the backlash to begin from within Spitzer’s academic community, however. The American Psychiatric Association issued a statement distancing itself from Spitzer’s paper, saying “there is no published scientific evidence supporting the efficacy of reparative therapy as a treatment to change one’s sexual orientation”.

Critics pointed out that 93% of his participants were motivated by religious beliefs and 78% spoke publicly in favour of the possibility of changing homosexual orientation, so had a powerful motivation for exaggerating success. Of Spitzer’s interview subjects, 43% had been referred to him by ex-gay ministries and 23% were sent to him by the National Association for Research and Therapy of Homosexuality, an organisation AP reported “considers homosexuality a developmental disorder”. When Spitzer’s paper was peer reviewed two years later for publication in the Archives of Sexual Behaviour, two thirds of reviews were critical.

The study dogged Spitzer for years afterwards, to the point that he termed it, prior to his retirement, his only professional regret. In April this year he publicly renounced the study, writing to the editor of the Journal of Sexual Behaviour: “I believe I owe the gay community an apology for my study making unproven claims of the efficacy of reparative therapy. I also apologise to any gay person who wasted time and energy undergoing some form of reparative therapy because they believed that I had proven that reparative therapy works with some ‘highly motivated’ individuals.” Spitzer also instructed any groups using his paper as evidence of the viability of gay conversion therapy to cease and desist forthwith.

Spitzer didn’t invent the idea of gay conversion therapy; it has been around in some form of another at least since Freud’s day. And it hasn’t always been in as benign a form as Spitzer initially advocated: Apartheid psychiatrist Aubrey Levin specialised in “curing” homosexuality via electroshock therapy. But in recent years there has been progressive acceptance of the idea that conversion therapy is not just based on junk science, but also can be enormously harmful psychologically, particularly when individuals are pressured into it against their will.

With this in mind, California Governor Jerry Brown announced Sunday that the state will become the first in the US to prohibit conversion therapy for minors. Signing legislation prohibiting the practice, Brown said sexual orientation change therapies “have no basis in science and medicine and they will now be relegated to the dustbin of quackery”. The move was praised by rights groups, mental health groups and gay activists, though Republican lawmakers – predictably – said it infringed on the rights of parents to raise their children as they chose.

Nonetheless, the move is a drop in the ocean. Organisations offering gay conversion therapy continue to proliferate both overseas and locally. The “New Living Way Ministry”, a Kempton Park-based organisation with the ironically-named website URL of Caringforgays.co.za, offers South Africans a “residential programme” which will “care holistically for people with unwanted same-sex attraction.…At present we serve people with unwanted same-sex attraction, and who wants (sic) to explore their hetero-sexual potential, by means of counselling and therapy”. This “interdenominational Christian Organisation” quotes Spitzer’s infamous 2001 paper as part of its “position statements on same-sex attraction”. It fails to note his renunciation of the ideas.

The New Living Way Ministry isn’t the only organisation of its kind operating in South Africa. The South African Gay & Lesbian Alliance Against Defamation (SAGLAAD) lists a number of others: Exodus International, Living Waters Ministries, and two projects formerly linked to American right-winger James Dobson’s Focus on the Family, “Love Won Out” and the “Truth Project”.

The most high-profile individual known to have offered counselling for homosexuality in South Africa is Chief Justice Mogoeng Mogoeng. City Press reported in August 2011 that as a pastoral assistant at Winners Chapel International, Mogoeng offered counselling and prayer to those seeking to be cured of homosexuality. It’s unclear whether his obligations as Chief Justice now prevent him from continuing to carry out the service. DM