Obama, Netanyahu seek to get past Iran differences 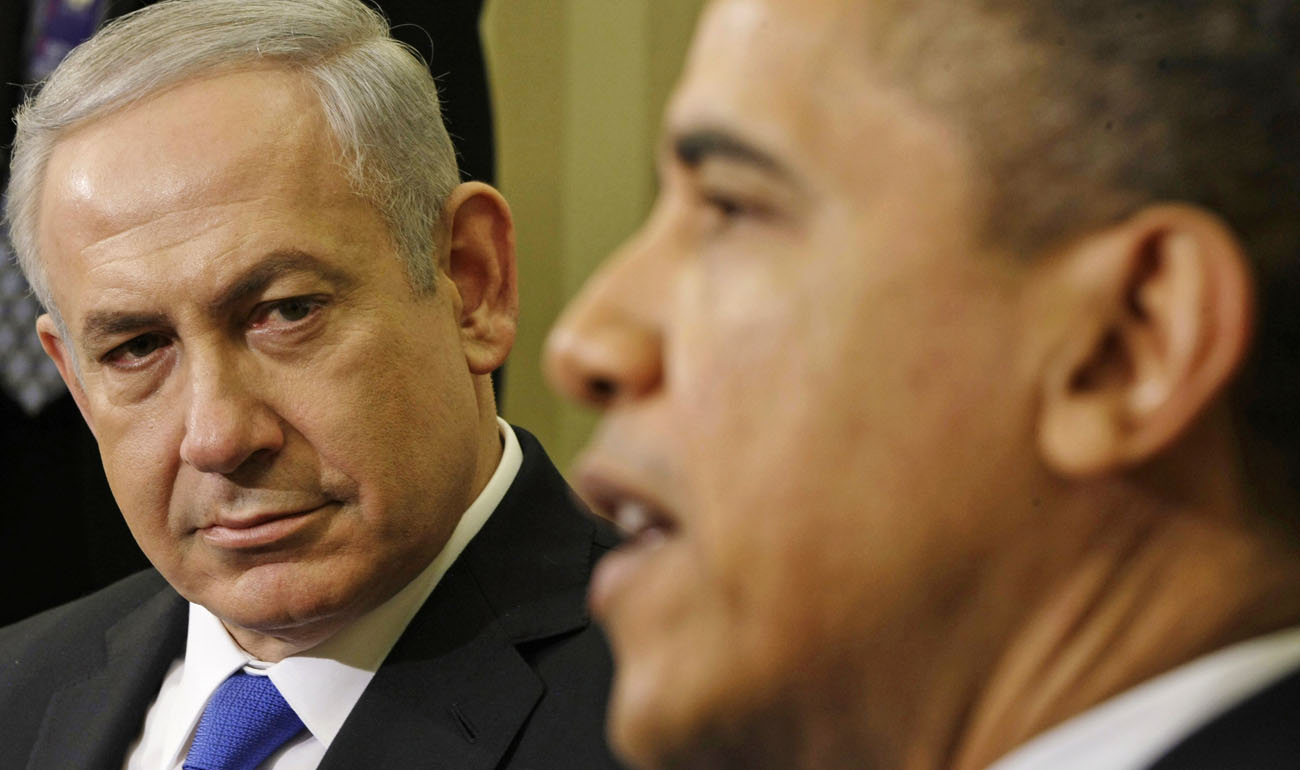 President Barack Obama and Israeli Prime Minister Benjamin Netanyahu presented a show of unity on Friday on preventing a nuclear-armed Iran, seeking to tone down the acrimony between the two leaders that has become an issue in the final stretch of the U.S. presidential race. By Matt Spetalnick.

Obama, widely seen as having snubbed Netanyahu by not meeting face to face with him during his U.S. visit, spoke instead by phone to the Israeli prime minister amid signs of movement toward a truce in their war of words over how to confront Tehran.

Netanyahu used his U.N. speech a day earlier to keep pressure on Washington to set a “red line” for Tehran, something Obama has refused to do. But in a softening of his approach, the hawkish Israeli premier signaled that no attack on Iran was imminent before the Nov. 6 U.S. presidential election.

With an eye to the close presidential contest, Netanyahu also fielded a call during his New York visit from Obama’s Republican rival, Mitt Romney, who has accused the president of being too hard on a close ally and not tough enough on Iran.

Romney has sought to use Obama’s differences with Netanyahu to raise doubts with Jewish-American voters about Obama’s commitment to Israel’s security.

Obama’s aides believe, however, that he has played his cards right with Netanyahu, with whom the president has had a notoriously testy relationship.

Netanyahu’s strident complaints about U.S. policy on Iran in mid-September plunged U.S.-Israeli relations into crisis, but also spurred a backlash at home and in the U.S. media for seeming to meddle in American politics.

In recent days, the Israelis have sought to dial down the rhetoric, culminating in Netanyahu’s speech to the General Assembly, which was seen as sending a message that Israel would not blindside Washington with a unilateral attack on Iran any time soon.

“The two leaders underscored that they are in full agreement on the shared goal of preventing Iran from obtaining a nuclear weapon,” the White House said in a summary of their 20-minute phone conversation.

The White House said the two agreed to continue their cooperation, b ut it stopped short of saying Obama had given any ground on his resistance to issuing an ultimatum to Tehran, as Netanyahu has repeatedly demanded.

“I had a very good conversation with President Obama,” Netanyahu told Israel television. “Our teams are talking.”

An Obama aide went further, saying, “The temperature is lower than it had been.”

Netanyahu dramatically ramped up pressure on Obama earlier this month when he insisted the United States did not have a “moral right” to hold Israel back from taking action against Iran because Washington had not set its own limits on Tehran.

That was followed by word that Obama would not meet Netanyahu during the Israeli leader’s visit to address the United Nations. Obama later said pointedly that he would ignore the “noise that’s out there” on the Iran issue.

Obama’s aides were furious that Netanyahu was trying to put pressure on the president in the midst of the election campaign and refused to budge on the red-line issue, despite the risk of alienating pro-Israel voters in election battleground states like Florida and Ohio.

At the same time, Israeli officials – mindful of the danger of antagonizing the Jewish state’s main ally and of poisoning relations with the man who could occupy the White House for another four years – moved into damage-control mode.

Michael Oren, Israeli ambassador to the United States, flew back to Jerusalem last weekend, during which he urged Netanyahu to tone down public statements that could be construed as interfering in the U.S. election or supporting Romney, according to sources in the Jewish community in Washington.

Israeli Defense Minister Ehud Barak visited Chicago and met privately on Sept. 20 with Mayor Rahm Emanuel, a former close Obama aide, raising speculation that Emanuel might be used as a back-channel conduit to mend ties with the president.

The Israeli desire to defuse the crisis may also have reflected an interpretation of recent U.S. opinion polls showing a widening of Obama’s lead over Romney, who has suffered a series of political stumbles.

Romney, speaking to reporters on his campaign plane, said he and Netanyahu agreed Iran must be denied nuclear capabilities but did not agree on specific “red lines” to confront Tehran.

“I do not believe in the final analysis we will have to use military action,” Romney said. “I certainly hope we don’t have to. I can’t take that action off the table.”

In his U.N. speech, Netanyahu held up a cartoon-like drawing of a bomb with a fuse and literally drew a red line just below a label reading “final stage,” in which Iran would supposedly be 90 percent along the path to having weapons-grade material.

Nevertheless, his warning that Iran would be on the brink of developing a nuclear weapon in less than a year was widely interpreted as some giving breathing space to Obama, who has urged more time for sanctions and diplomacy to work.

By referring to a spring or summer 2013 time frame for Iran to complete the next stage of uranium enrichment, the Israeli leader seemed to dispel fears that Israel might strike Iran before the U.S. election.

Iran denies it is seeking to build nuclear weaponry.

Netanyahu’s praise for Obama’s stern words for Iran in his own U.N. speech on Tuesday – although it lacked any specific ultimatum – was also seen as a sign that the Israeli leader wanted to quell the unusually public dispute with Washington.

“I think we are moving in a direction where the differences that were there, which were always tactical and not strategic, are in fact being managed at this point,” Dennis Ross, Obama’s former Middle East adviser, told MSNBC.

Still, White House officials were pleased at avoiding an encounter with Netanyahu, who used an Oval Office meeting in 2011 to lecture Obama on Jewish history. Obama instead kept a lower-than-usual profile at this year’s U.N. gathering, making a campaign-style appearance on the popular talk show “The View” and then quickly returning to electioneering. DM