Peace deal in the Sudans: Progress, for what it’s worth 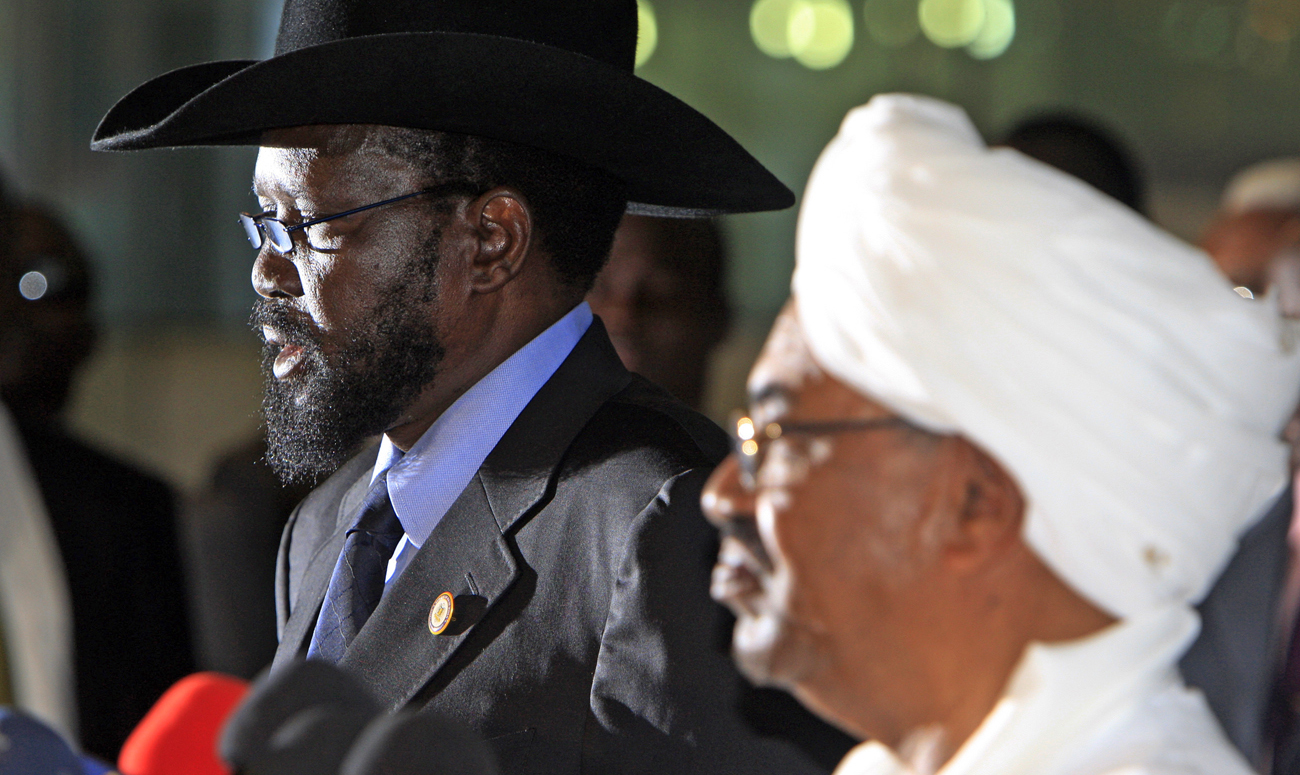 So they haven’t sorted out all their issues. They haven’t even sorted out all the big issues. But, according to a new peace deal brokered by everyone’s favourite African mediator, Thabo Mbeki, Sudan and South Sudan have made enough progress to calm tensions and get that oil flowing through the pipelines again. Peace has to start somewhere, and this is as good a place as any. By SIMON ALLISON.

It took all of Thabo Mbeki’s skill as a diplomat, politician and mediator to get Presidents Omar al-Bashir of Sudan and Salva Kiir of South Sudan in the same country at the same time, to talk about the same issues. Naturally, that country was Ethiopia, the diplomatic capital of Africa, and it is worth noting that the meetings could never have happened if Ethiopia insisted on implementing the international arrest warrant issued against Bashir.

Once there, however, the commitment of the two presidents was laudable. In at least seven meetings over six days, they managed to thrash out the bones of a new security deal, which, although tentative and incomplete, is a huge step in the right direction. The provisions of the deal include the creation of a 10 kilometre-wide demilitarised zone along the border between the two countries, as well as the “four freedoms agreement” which would allow citizens to work, live, own property in and move freely between both countries. At the signing ceremony in Addis Ababa on Thursday, both Presidents seemed pleased; Bashir described Kiir as a “partner in peace”, praising his patience and wisdom.

The deal is as much economic as it is political. Going into the negotiations, both leaders found themselves over a barrel – an oil barrel. Ever since oil-rich South Sudan turned off the oil taps in January, the respective governments in Juba and Khartoum have been severely short of funds. Oil accounted for some 98% of South Sudan’s government budget, while the north needed the revenue from the transit fees charged to allow the oil through its pipelines.

In fact, it was the break-down in negotiations over these transit fees which precipitated the oil boycott in the first place. Khartoum wanted something like $36 per barrel, while Juba was only willing to pay around $10. When Khartoum decided to take its cut in the form of seizing hundreds of millions of dollars’ worth of crude oil, South Sudan imposed the boycott.

The boycott should now be lifted, although it will take months to restore supply. A broad agreement was reached on the transit fee and various related issues in separate talks last month. All this was dependant on some kind of border security guarantee; the new deal is apparently good enough, even though it fails to address some fairly substantial issues.

Foremost among these is the fate of Abyei, a region rich in grazing lands which both countries claim as their own. Abyei’s fate was meant to be decided by referendum, but no one can agree on who is eligible to vote in the referendum. South Sudan wants to restrict participation to permanent residents, which would likely swing the vote in its favour. Sudan, on the other hand, is pushing hard for the inclusion of the nomadic groups that spend months at a time in the area; this would likely influence the result in its favour. This is, however, an issue for another day. Sudan rejected a compromise on Abyei proposed by the African Union mediation team this week, but it wasn’t enough to derail the broader agreement.

Also left unaddressed was the issue of the rebellion in the “new South”, where allies of South Sudan’s ruling party are fighting to topple the regime in Khartoum. Sudan accuses South Sudan of supporting and arming the rebels, while South Sudan accuses Sudan of sponsoring pro-government militias in the area. The on-going conflict has created a refugee crisis in South Sudan, as civilians pour over the border to escape the fighting.

It’s worth asking: what’s the value of a security deal that ignores Abyei, the new South, and obvious potential flashpoints? It’s a good question, but one based on the premise that these negotiations are of the all-or-nothing variety. In fact, the opposite is true, as the history of talks between Juba and Khartoum have demonstrated.

It’s been a long, slow process just to get this far, with many broken treaties and promises, and even more backward steps. Progress, when it has come, has been incremental. But there has been progress: without it, the nation of South Sudan would not exist. So even though the current security deal is less than comprehensive, it is worth recognising that it is a step forward. In addition, the dire economic circumstances of both countries suggest that there is an economic imperative to make the deal work.

Then, perhaps, we can all start thinking about the next set of problems. DM