Kenya on the brink, but of what? 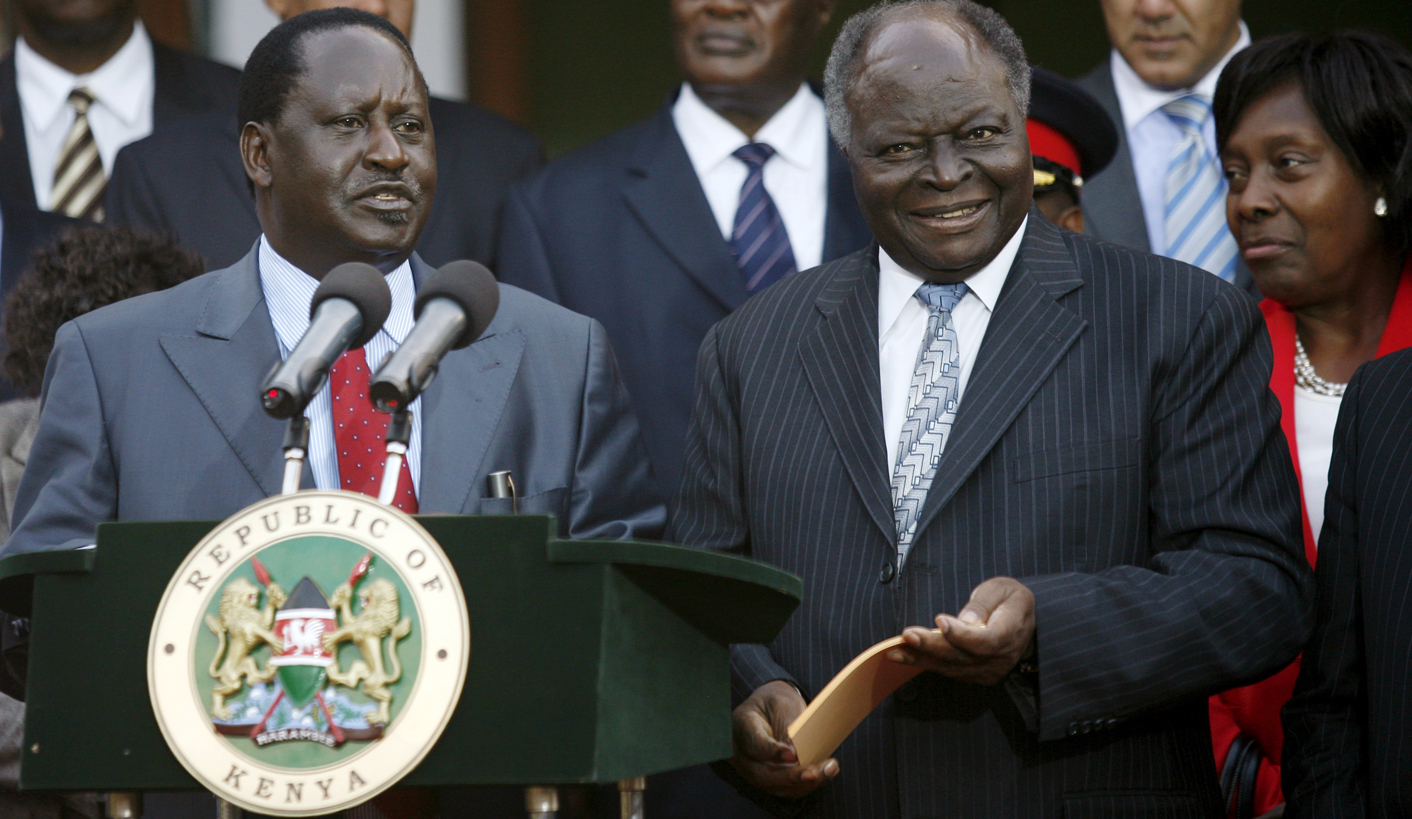 Kenya’s 2013 vote will test whether it is ready to capitalise on its potential or will revert to the politics of patronage, corruption and fear. After another politician was charged for incitement to violence, it looks like things haven’t changed. Kenya is about to repeat the 2007-08 post-election chaos. By GREG NICOLSON.

On 27 December 2007, Kenyan activists were positive the nation’s free, popular vote would decide the president and jolt the small group of leaders who had commanded power since independence. Instead, the Kenyan election was disputed (most observers say stolen) and attacks and recriminations waved across the country, leaving almost 1,500 people dead and more than 650,000 displaced. The image Kenya had forged through its openness to the West and a widespread diaspora was gone. It was replaced with the character of its politics since independence – an ensconced political elite, corrupt, violent and tribal.

The country has tried to overcome the causes of that post-election violence, but it will be tested in the 2013 election, set for 4 March. New, democratic initiatives have been hailed as ushering in a new era, but they’re starting to look woefully inadequate.

After rivals Mwai Kibaki, Kenya’s president, and Raila Odinga, its prime minister, reached a mediated resolution to the conflict, the next step was passing a new constitution. In 2010, after years of failing to introduce needed constitutional reforms, a new document aimed at reducing tribalism, corruption, marginalisation and inequality in the distribution of resources was completed. It devolved powers and reformed the police and judiciary, which were found to have been ineffective against violence.

The economy also bounced back. Kenya can’t match the growth of Africa’s resource-rich economic powerhouses, but GDP is expected to come in at 5% this year. A host of international corporations have set up base in Nairobi and the country is developing young, innovative entrepreneurs. Investment looks set to surge as Kenya opens its first large-scale mine, projected to produce 80,000 tonnes of rutile (used for, among other things, the production of titanium) a year and has increased oil exploration after the nation’s first discovery this year.

The developments could be used to overcome issues of poverty and inequality, but all economic predictions depend on what will happen in 2013. Kenya may not have done enough to prevent more bloodshed.

The International Criminal Court has charged four leaders for crimes against humanity committed during the 2007-08 violence. The charges include murder, deportation, persecution and rape, but the government has been uncooperative and resisted providing the ICC with essential information. Two of the four charged, Uhuru Kenyatta and William Ruto, are presidential candidates. Their trial is set for April 2013, one month after the elections, which means the poll will be about more than who gets to occupy State House.

Kenya’s top leaders have publicly denounced division and violence, but not everyone’s got the message. An MP exploited a land and water conflict between rival communities to incite violence in the Tana River district, resulting in the deaths of more than 110 people in a series of raids in August and September. MP Dadho Godhana was suspected of trying to scare a community from registering to vote and was subsequently charged and fired from cabinet.

The country’s religious and class divisions came to the fore a month ago, when Muslims rioted in Mombasa over the killing of radical cleric Aboud Rogo. Protestors claimed police killed Rogo, but their violent response highlighted deeper divisions. Along the coast, job opportunities are rare and poverty rife. Protestors claimed they’ve been marginalised as the state’s jobs and resources are being swallowed up in the interior.

This week another MP was charged with inciting violence. Ferdinand Waititu went to Kayole on Monday and told a crowd, already angry over a Masaai security guard’s alleged killing of a thief, “We are saying that from today, we don’t want to see these Masaai here in Kayole.” After Waititu was charged, police waited outside parliament, but he was smuggled out in another MP’s car to evade arrest.

The charges bode ill for Kenya’s hopes of reform. “We have had pre-election violence in 1992, 1997 and 2001 and there are indications this could be the worst yet,” Abbas Gullet of the Kenya Red Cross told Daily Nation.

“Voting will likely occur along ethnic lines, and dissatisfaction with results is likely to lead to killings of Luo, Kikuyu and Kalenjin ethnic groups, on levels equal to or surpassing those seen in 2007-08,” wrote Natznet Tesfay, head of Africa forecasting at Exclusive Analysis, in This is Africa.

But the recent calamities have provided some hope. Key political figures have condemned the violence and warned that their colleagues who want to incite unrest will face charges. Civil society has spoken out against the killings and is warning of disaster. “We are concerned at the impunity being displayed by some political leaders through utterances that are offensive, divisive and potentially damaging to the fragile inter-ethnic relations. This is irresponsible and careless as the leaders are in public limelight and widely quoted in mass media… This is unacceptable and we condemn it,” the Anglican Church said in a statement issued Thursday.

If the country heeds the advice and holds a peaceful election in 2013, it will prove that Kenya has made advances since 2007 and will be on its way to becoming a democratic and economic leader on the continent. But the recent violence suggests state security forces, politicians and the public haven’t learned their lesson, leaving the country suffering from the politics of ethnic patronage and violence. DM